Fun on land and in the air!

Well, the last few days have been pretty hard to top in terms of enjoyment, especially with NZ having emerged from a wet Winter into a warm Spring.

It started last Wednesday with a ride to Auckland to continue the IAM Observer (advanced instructor) training under the eagle eye of the Chief Examiner, Philip McDaid along with another Observer trainee, John.

Philip is a crafty bugger and briefed us individually to demonstrate some subtle riding shortcomings at some stage in the 160 km assessment ride to see if the other one could pick them up in motorway, country lane and urban environments.  To cut a long story short,  we both passed and the next couple of months should see us progress to full Observer status and have our own advanced trainees to mentor.  It will be wonderful to put something back into motorcycling to help repay Philip and our personal mentors who freely volunteer their time in the name of motorcycle safety. 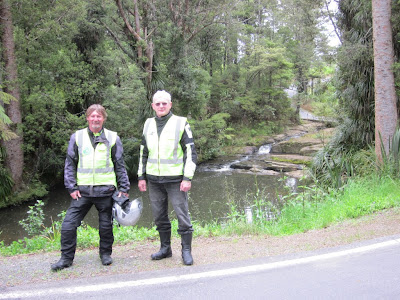 I have to mention my personal highlight of the day! John needed to be checked by Philip on his ability to assess what is euphemistically termed a "quick" rider.  This involves following another rider at considerable pace (known as "making progress" in IAM terms) to evaluate their standard of control and situational awareness.  Philip knew that I could hustle the Street Triple on twisty country roads so he quietly asked me to ride the vanishing points on bends really hard, but within the legal open road speed limit.  Part of the route contained a twisty, narrow country road stretching for 26 km where it's actually quite hard to even reach the speed limit in many places so figured that would be a great place to test John.   Boy, was that fun and at the end of that stretch of road, couldn't keep the grin off my face.  It's appropriate to mention that John was riding a BMW R1200LT tourer and whilst I backed off a wee bit in the really tight stuff to keep him in touch, he was never far behind - really impressed seeing a big Beemer in the mirrors being chucked around like that!!  What a sensational day, covering nearly 600 km overall.  Sure beats working.

The weekend saw another trip to Auckland to stay with our daughter Victoria and her fiancée Luke as she was taking me to the Big Boys Toys show as a belated Father's Day gift - what a honey she is!  However, one of my riding partners, Martin, is also a qualified pilot and he generously offered to take Victoria, Luke and me for a scenic flight in the Auckland area  first thing on Saturday morning.  The perfect start to the weekend in perfect weather!  Here are some photos of the trip: 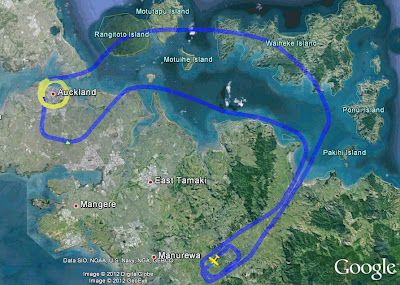 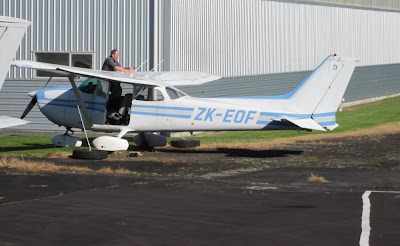 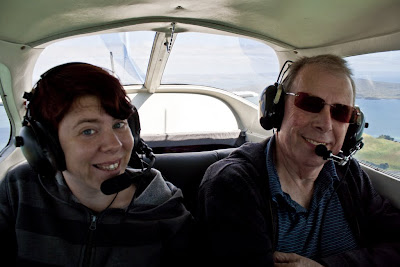 Airborne - Daughter and Dad in the rear seat 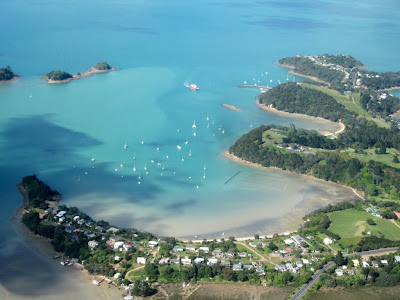 One of the many bays on Waiheke Island 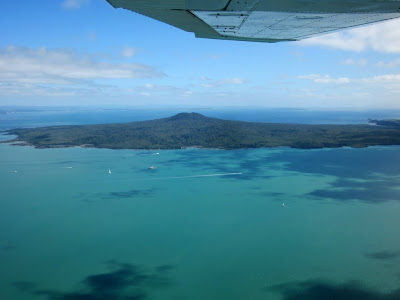 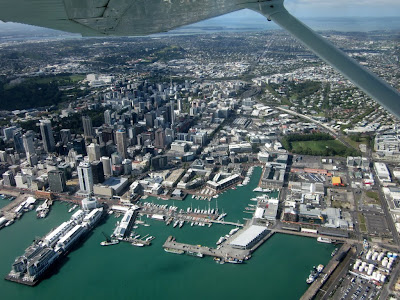 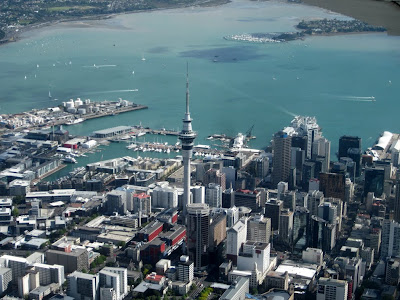 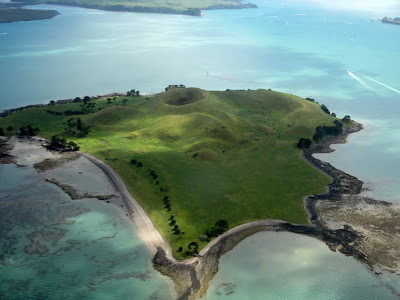 After the wonderful flight, we all went to a cafe just outside the airfield for brunch.  It's on the flight path and is the red-roofed building just to the left of the roundabout below.  Should have dropped in our order to save time!  Martin, you're an absolute star - thanks so much for a morning in a million! 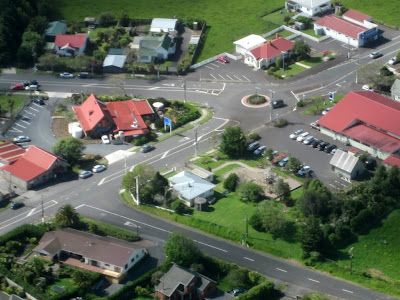 After a great lunch, it was Dad and Daughter time at the Big Boys Toys Show.  All manner of things are on display there, most of them designed to cause serious matrimonial problems if the wallet comes out.  Although my CFO wasn't with us, no prior permission had been negotiated so drooling and whining were the only two permitted activities.  Here are a few of the various exhibits: 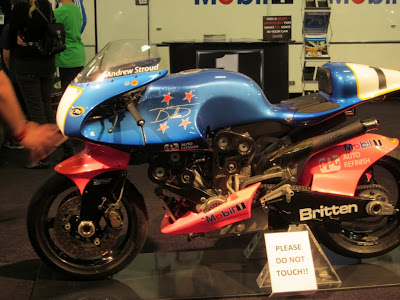 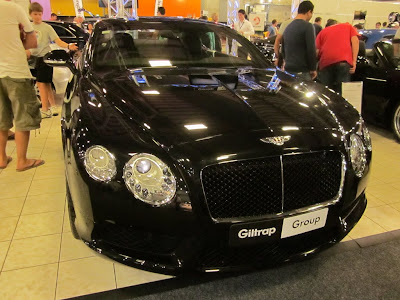 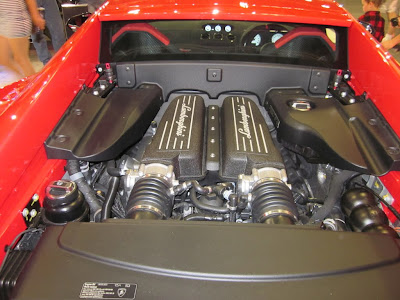 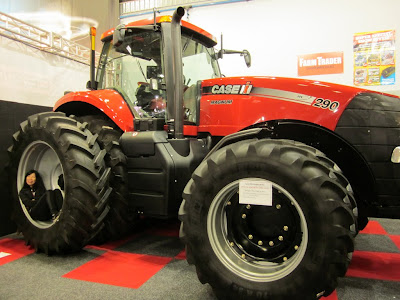 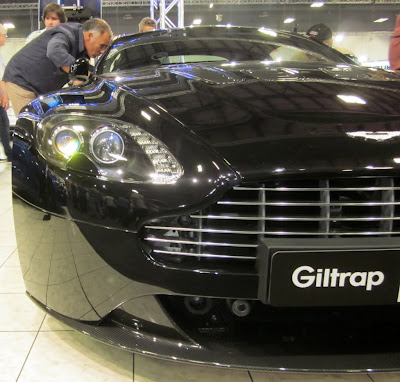 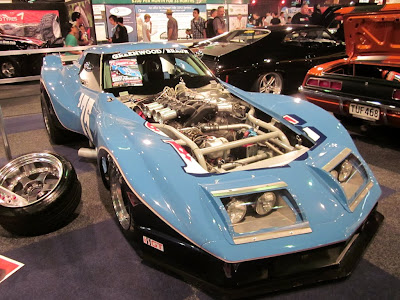 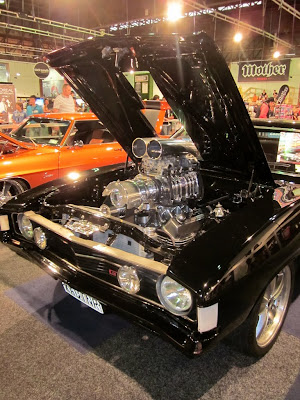 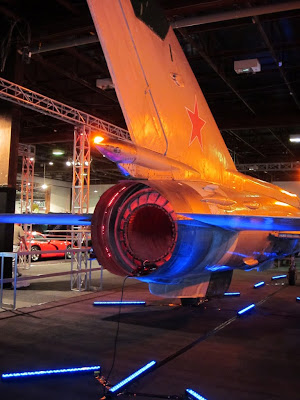 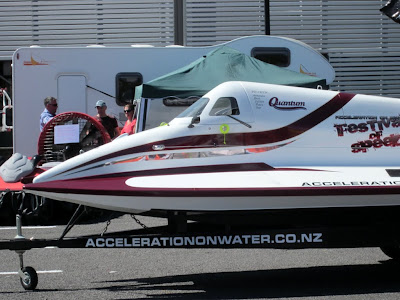 Saturday evening saw us out to dinner at a French restaurant and Sunday breakfast was taken at an open air French market with freshly-baked breads, exotic cheeses, great coffee and wallet a good deal lighter having stocked up on produce to take back home to Coromandel.

A great mid-week ride, a sensational weekend with a daughter I love beyond words and a son-in-law to be whom we also love dearly. Sheer magic......