Nearly 11 years ago back in 2011, I wrote a blog post HERE which attracted comment from well known US motorcycle author David Hough which lead to further posts and even a chapter in one of his motorcycle books.  The topic?  The impact of increasing age on motorcycling.  We discussed things we could do to safely extend one's riding career and whether we could recognise that it was perhaps time to do something else.  There are links to the wider discussion in that 2011 post.

Just before the time of the original post, I was 63 and not really planning to do anything massively different, just to keep riding pretty much the way I'd always done and keep fingers crossed.  The only nod towards getting older was to sell my heavy Honda Blackbird and buy a Street Triple.  However, the conversations with David prompted me to join the NZ branch of the UK Institute of Advanced Motorists to learn Police Roadcraft. That lead to what was genuinely the most enjoyable 10 years of a 58 year riding career, passing the Advanced Roadcraft Test, Observer (mentor) Test and ultimately becoming an Examiner.  It was a genuine shock to discover how little I knew about safe riding whilst making good progress before joining IAM.  Made lots of lifelong friends too. 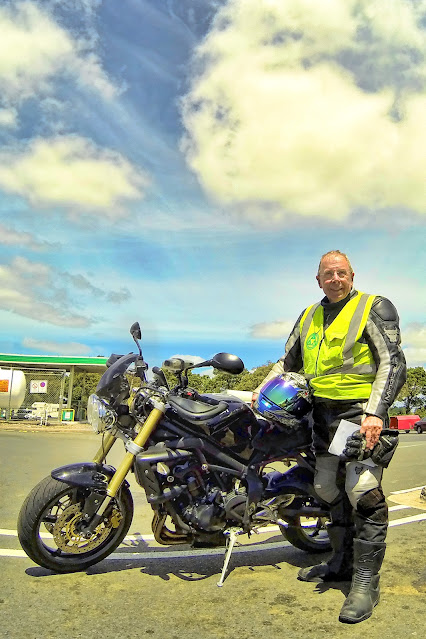 IAM Observer duties on the Street Triple, circa 2014

The other thing which David Hough and I discussed was the need for a fallback interest for when we actually stop riding. That need applies to anything which has been a lifelong passion and even to retirement with little idea of how to spend your free time.  Making properly considered decisions about that can have a massive impact on one's mental and physical health.  I'm pleased to say that talking with family, close friends and even strangers plus lots of reading has given Jennie and I solid fallback interests in terms of voluntary work, travel, sea fishing and more recently, the purchase of a classic car.  With Covid limiting international travel in any meaningful sense for an extended period, the classic car was a locally-based fallback.  For the time being at least, I think we've got that side of the ageing equation reasonably well covered and David Hough deserves enormous credit for provoking some serious thought.  David and I still correspond and recently, he's also followed the same process by building a beautiful wooden rowing boat (a traditional wherry). 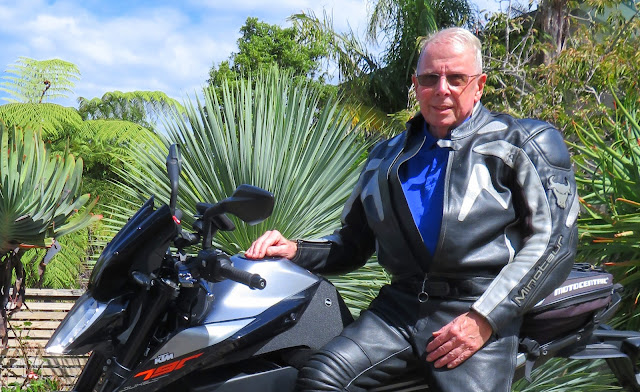 So that's the medium term future reasonably well mapped with a few contingencies but what about now?  This month, I retire from IAM.  A combination of age and the relatively remote area where we live means that I don't want to spend 500km days in all weathers putting advanced riders through formal testing.  Totally comfortable with that.  Having been honoured with life membership of IAM means that I can ride with the membership on social occasions and also with other treasured friends which will help to keep standards up.  Although there are no immediate plans to stop riding, going through the future planning process has made me comfortable about making that decision with no regrets.  Another year will probably do it. No single fallback will replace riding but a combination of things should do the trick.  Ceasing the blog sort of falls into the same category.  Great fun but it's just about served its purpose.

After 6 weeks or so of owning the MGB GT, Jennie and I have been having a lot of fun exploring the Coromandel Peninsula backroads on short(ish) runs.  At present, I've been spending a fair bit of time underneath the thing greasing a myriad of grease nipples, lubricating the steering rack and having smelly old diff oil run down my arm to set up a proper maintenance schedule for the future.  The previous owner did a wonderful job of restoring the MG but he mainly used a local garage to do routine maintenance.  I use both words advisedly as to be honest, it looks like a lot of things were overlooked;  hence the preventive work being done at present.  To give another more succinct viewpoint, Jennie calls my diligence "pissing about in the garage". 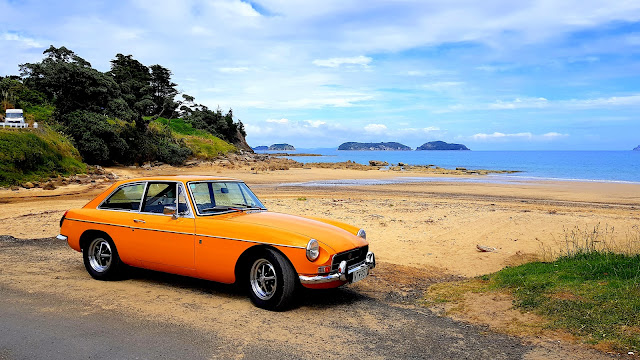 Waitete Bay, Coromandel Peninsula.  Miles of nothing but sand and water

To end on an irreverent note, yesterday saw us make a 320km round trip to join fellow MG owners for the regional MG Owners Club Christmas lunch.  We're not big on large gatherings of people but being new to the club, it would be great to meet fellow members.  Crikey, except for another couple of people, we were the youngest there by some margin!  It was a weird feeling as among my motorcycling mates, I'm totally used to being the Old Fart.  A motorcycling friend (and ex-MG Roadster owner) remarked that it was lucky we were in the open air for much of the time as the smell of cabbage water and pee may have been overpowering indoors.  Irreverent indeed!  Mind you, the local organiser drily commented that he had to organise club events with pee stops for both sexes in mind.  I think we'll pass on taking part in those for a few more years! 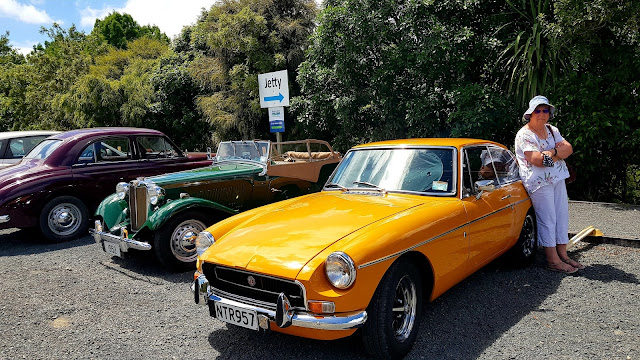 All that remains is to wish everyone all that you would wish for yourselves over the festive season and may 2022 be better for all of us than the last couple of years!