Well, I advertised the KTM 790 on NZ's premier buy and sell website and the enquiries came thick and fast!  Less than a day after advertising it, there had been nearly 1000 views and 150 bookmarks.  I'd priced it to sell and others clearly thought so too.  First call was from the owner of the dealership who has serviced my bikes for the last 25 years or so.  Due to the international supply chain difficulties at present, they're having problems getting good bikes to sell.  Greg was happy to pay the price I was asking so that sealed it but the calls and texts kept coming, despite marking it as provisionally sold on the website.

Two days later, I was delivering it to the Hamilton-based dealer, 160 km from home, with Jennie following in the car to pick me up. 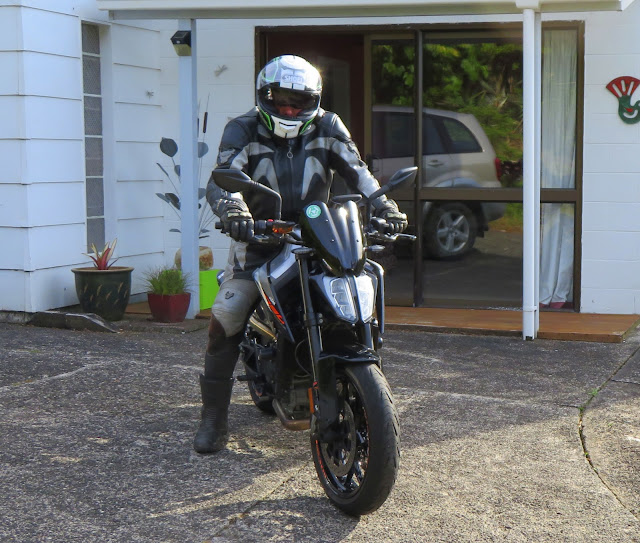 The last ride was perhaps surprisingly unsentimental.  I guess that ownership had been so much fun and the past 58-odd years likewise that it didn't feel momentous at all.  It might have been nicer in some respects if I'd sold it at the attractive price to an individual rather than Greg on-selling it with a markup to someone else.  However Greg and his team have really looked after me over the decades with great service including discounts on the gear I've purchased so it was a fair arrangement.

Straight into part of the next phase of life,  we headed off this week in the MGB GT with neighbours who are also MG owners, a 1955 TF and a 90's MGF.  A most enjoyable run on twisty roads, ending up at a beachside cafe about 100 km away, then a photo op for the MG car club. 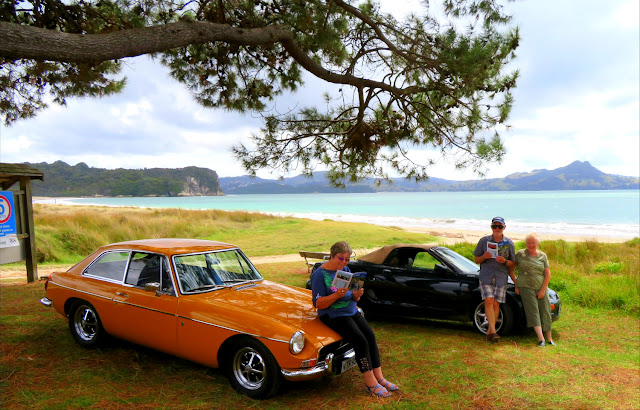 Jennie pretending to be interested in the club magazine!
I've endured a bit of good-natured mickey-taking about buying a classic car by some of my riding partners which has been fun.  A recent exchange on Facebook with fellow rider and motoblogger LEE went like this:
Lee: Next it'll be the tartan rug, Thermos and a little sign with the car's history on it for displaying purposes when you're at MG OC Ralies.
Geoff: Eff off

. We already have a tartan rug and wicker picnic hamper. It's decades old and sits in a very dark part of the house. Sigh.....
Lee:  So - Just the history summary to go then

Go on - You know it makes sense!
Smartarse!
Just before leaving the topic of classic cars, another friend sent the following ditty, which has a large element of truth in it: 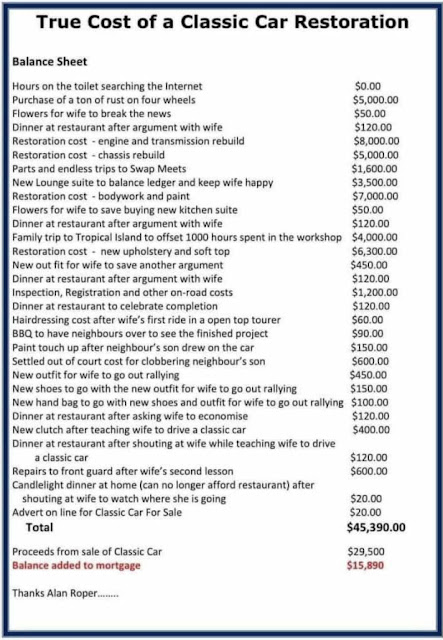 Fairly close to the mark, I'd say!
The next step of getting hold of an e-mountain bike which was both road and off-road capable hasn't gone so well.  After poring over specifications I thought that the Giant Talon E+1 would be the ideal entry into the world of e-bikes for me and that's where it started to come unstuck. 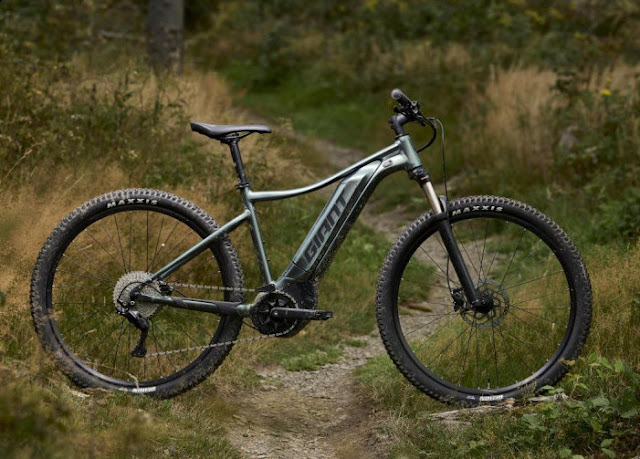 Giant Talon E+1
Fellow moto and cycle blogger Dave had already mentioned that bike supplies in Australia were a bit sketchy.  As it turns out, deliveries to NZ are similarly affected and it looks like they won't be available until May or June - bugger!  Never mind, it's now on order and plenty else to do until then, including riding my ratty 3 decades old Diamondback MTB.  Oh, and I can assure you that you'll never see me in Lycra.  The family would never let me live it down.  Besides, mountain bikers are supposed to be a scruffy lot, aren't they? 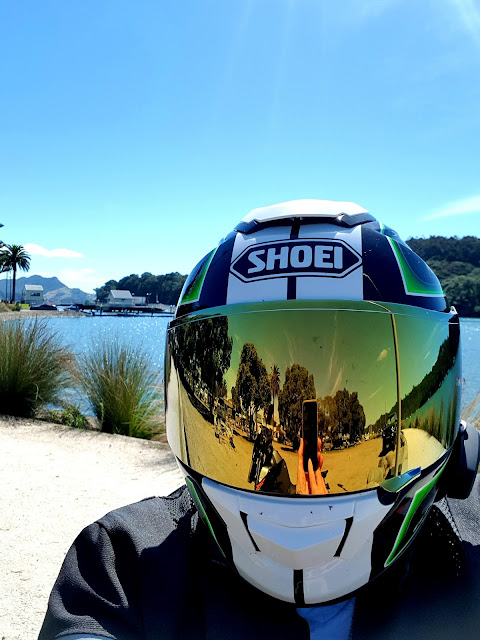