Winter maintenance and other ramblings

It's winter in NZ and whilst my blogging friends with colder winter temperatures may snort with derision, we still get a few cold days and this week was a good example with snow down south and in the high country, plus some uncharacteristic frosts up our way.  A bit of winter maintenance on the bike was called for.  My favourite tyre and accessories dealer is 130 km away in Auckland and whilst both Auckland and where I live on the Coromandel Peninsula are more or less sub-tropical, the southern loop to get there can get a mite chilly!

Perhaps just a smidgeon of exaggeration!

Setting off early, there was a decent frost on the ground as I headed south, then west. Several layers of Icebreaker merino under my Gore-Tex  but the 2 hour trip and absence of a screen and heated grips on the Street Triple still made for chilly riding and a leaky nose (ewwww....)

The Street Triple has now covered 66,000 km and the OEM sprockets and chain were starting to show their age.  Still, that's not too bad for a bike without a Scottoiler or similar constant flow device.  I have been pretty diligent about lubricating the chain every 500 km or so, using virtually every type of chain spray in the known universe. These have ranged from superb to bloody diabolical (a biker technical term).  Among the best was a DuPont product which disappeared from the market a few years back.  Castrol Chain Spray O-R was the absolute worst. With a viscosity approximating that of water, their Marketing Department showed a complete disregard for the truth with their "fling resistant" claim on the can.  The evidence was the black crap which accumulated on the mufflers and back of the numberplate.  It was also a great magnet for road grit. However, since switching to Maxima Chain Wax two years ago, all is sweetness and light - it does exactly as claimed and the bike is a sight easier to clean! 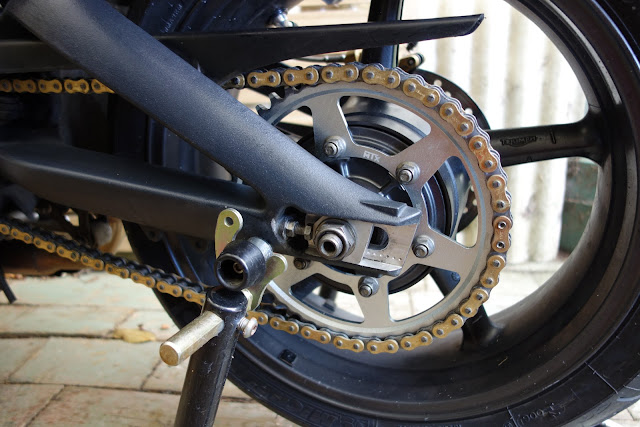 I also needed a new rear tyre.  Regular readers of this blog will remember the full life review of the Michelin PR3 HERE .  The rear hoop lasted for approximately 15,000 km and its replacement had a virtually identical life.  It was the best all-round tyre ever tried on the Triple - bags of grip in all conditions and exceptional in the wet.  This tyre was superseded by the PR4 which is available in a range of compounds for different purposes and weights of bike.  The "standard" PR4 allegedly has a harder compound in the centre to extend life.  In fact, Michelin claimed an increase of 20% above that of the PR3 but that seems to have been quietly dropped.  From personal experience, the life of my PR4 has been identical to that of its predecessor, not that I'm complaining as it's still a great distance considering the hammering it gets!  However, the PR4 is more expensive than the PR3 and if that was done on the grounds of longevity, we've been ripped off!   All complaining aside, it's a terrific tyre.  The front tyre still has lots of tread and the profile is still good.  It may well last longer than than the 17,000-odd km I got from the PR3 front, possibly due to the bigger spacing between sipes and the likelihood of less flexing. 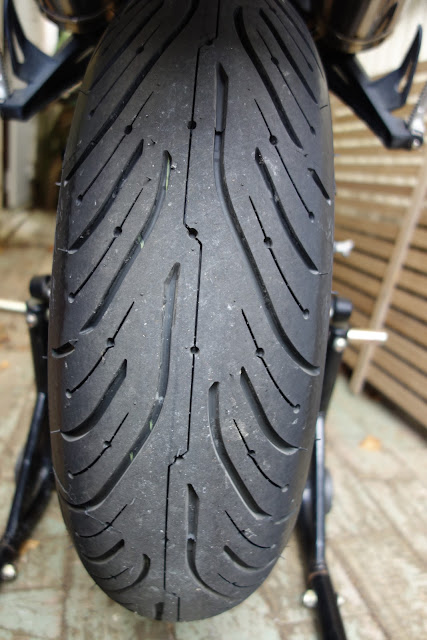 The Drury Performance Centre guys in Auckland are a terrific team.  Real bike enthusiasts with an outstanding customer service focus.  I was still getting my gear off when one of the technicians came out and wheeled the bike onto the hydraulic lift.  In less than 1.5 hours, the sprockets, chain and tyre had been changed, all at a great price and I was on my way home again in slightly better temperatures than the way up.  It's worth travelling a reasonable distance for great service like that and building long-term relationships.  The bike was noticeably smoother with the new chain and sprockets although the original ones weren't in particularly poor condition.  Just goes to show that you don't notice the slow decline in performance.

Another item of note is that my Christmas present from the CEO was a custom rear shock.  The OEM shock was definitely built to a budget with no compression and rebound damping adjustment.  In fact, it was noticeably past its best by 40,000 km.  Having experienced the advantages of a high-end Penske shock on my Blackbird (not the least being a substantial increase in tyre life), a UK-made Nitron was chosen for the Street Triple.  It was sprung and valved for the conditions I ride in, plus my weight (any sarcastic comments will be met with an equally sarcastic response).  It was almost perfect straight out of the box, with just half a turn of preload being required to get the loaded sag spot on.  Handling is now sublime and a local sharp dip in the road which previously jarred my spine is a thing of the past with the new setup.  A great investment which gives more performance than aftermarket cans or any other accessory! 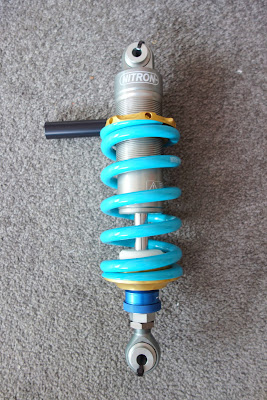 Finally, "Executive Permission" has been granted to replace the Street Triple!  Having just tarted it up, I'm not ready quite yet to part with it but maybe early next year.  There are some fantastic bikes on the market and it's fun looking at all the specifications, but could this be the leading contender? 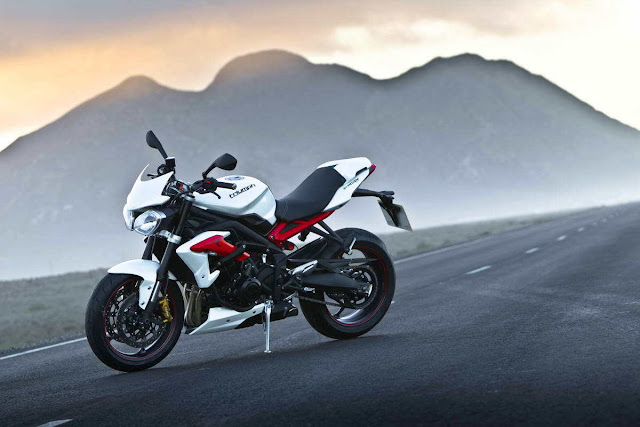