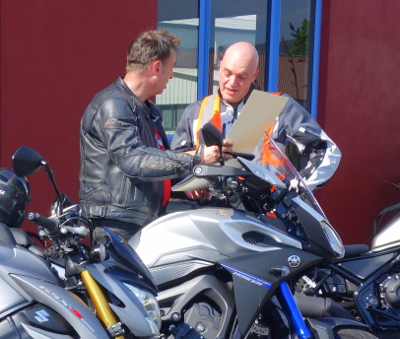 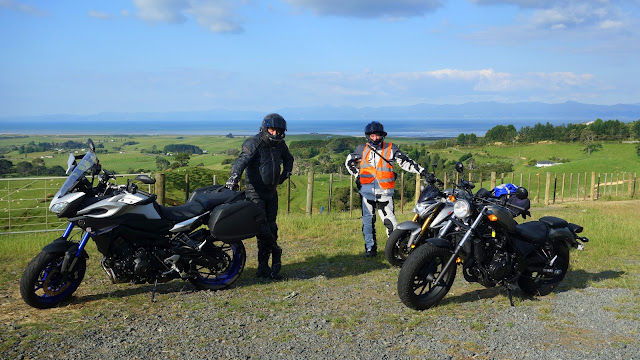 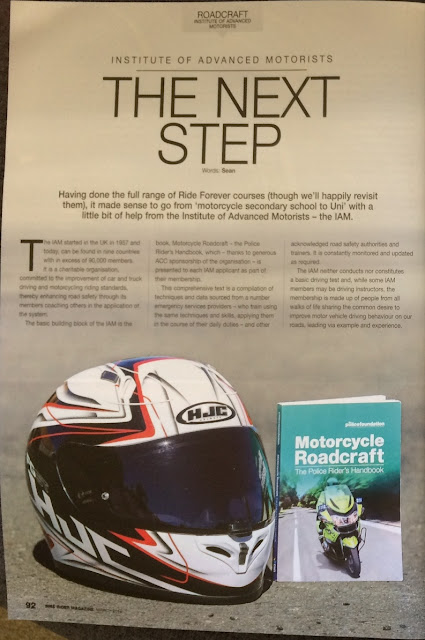 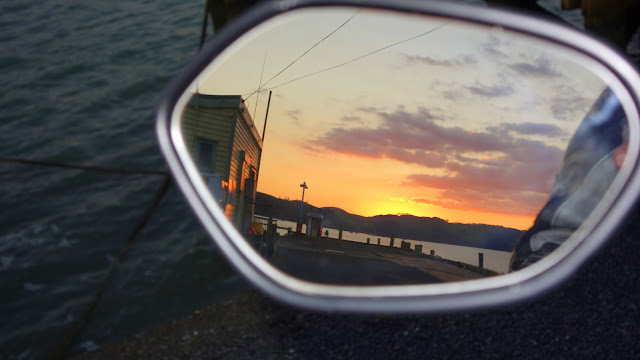 A slight case of Deja Vu

Bloody hell, I've jinxed the weather!  In the last post reviewing 2017,  I showed a photo of an angry sunrise just before a storm last January and said that we "sometimes" get summer storms.  Well, the Coromandel Peninsula and other parts of the country have just copped a real beating from a low pressure storm that has come out of the tropics.

We desperately needed the rain after weeks of hot, dry conditions. We had cracks in the ground on our property that you could put your hand in.  The forecasters were warning that over 100 mm of rain could fall in a 24 hour period, with nor' westerlies above 120 km/hr.  That didn't bother us all that much as our house is protected by a ridge from that wind direction.   Sure enough, we survived just fine and the only remedial work required was picking up small branches from around the property and a small amount of unripe fruit blown off various fruit trees.

However, as the storm moved south, the wind swung towards the west and that's when mayhem struck due to a number of factors coinciding - talk about bad luck!  This is where we live and what happened.

The Coromandel Peninsula is a major tourist destination, particularly in summer on account of its beautiful beaches, great fishing and its forest parks.  State Highway 25, also known as the Coro Loop; is a mecca for motorcyclists because of its challenging, technical nature.  There are only two ways off the Peninsula and for us, the most direct route is due south to Thames which normally takes a little under an hour.

Anyway, back to the story.  As the strong wind shifted to the west, it built up a storm surge which hit the eastern coast of the Firth of Thames.  Normally, that wouldn't be a major issue but it happened to coincide with high tide and a king tide at that.  The torrential rain added to the problem with already swollen rivers and streams.  This meant that big waves came over the road, carrying large rocks from the shallows.  The combined action has caused extensive flooding in some small communities and smashed the road to pieces in quite a few places.  At best, the seal has been torn off the compacted base structure and in the worst spots, the base structure has been wiped out too.  Here are a few photos from the local news services and public sources. 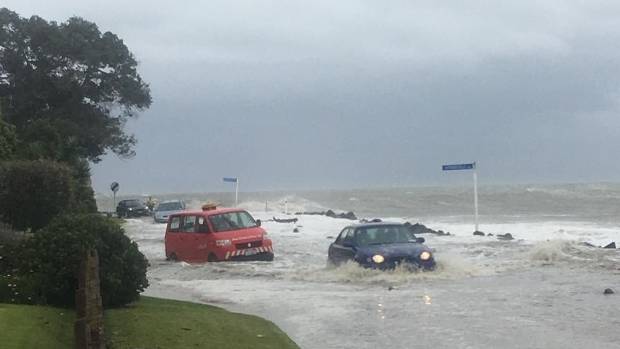 The mail must get through! 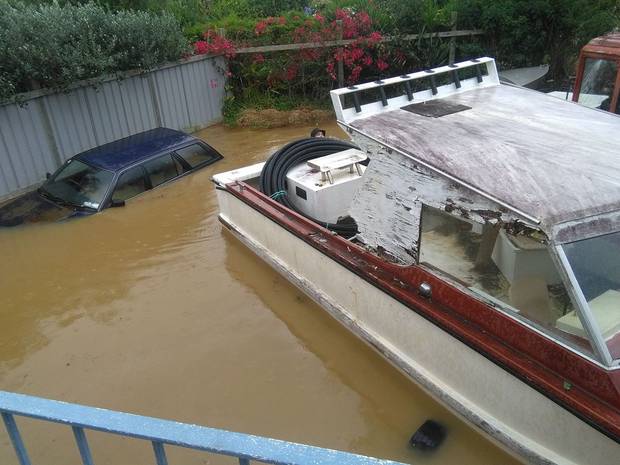 Boat floating in someone's back yard down the coast 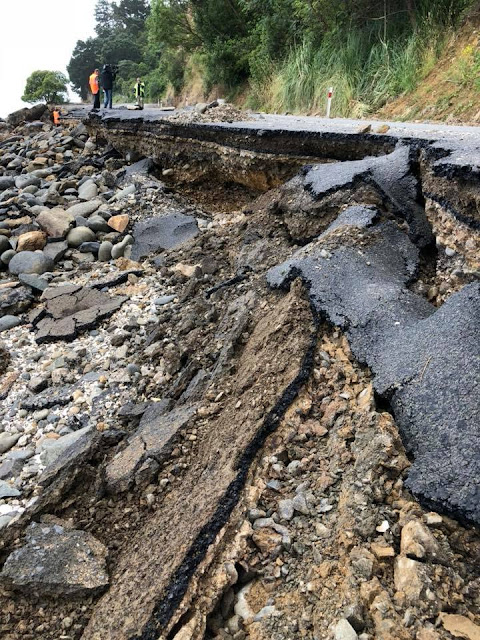 Much of the road is now on the beach 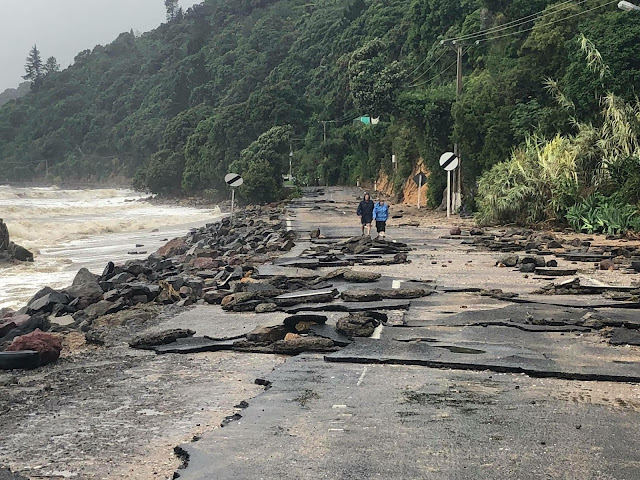 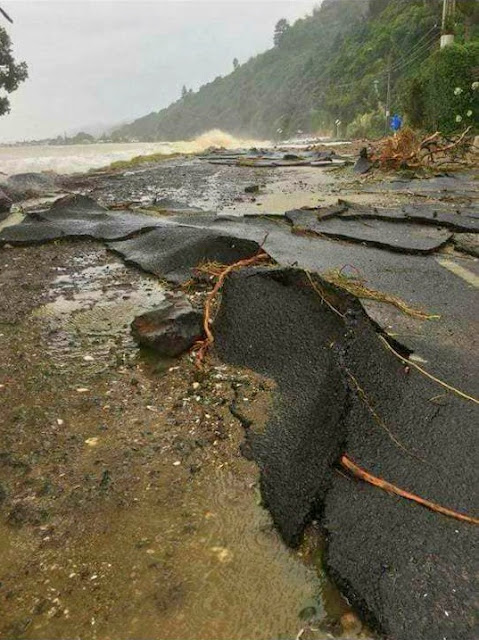 My heart goes out to the people down the coast who have suffered significant damage to their property.  In terms of economic damage, it's happened in the peak tourist season.  With the road closed for the foreseeable future whilst repairs are being made, businesses on the western side of the Peninsula will be badly affected.  In terms of direct impact on us, it will increase our travel time to get off the Peninsula by a further 1.5 - 2 hours by having to drive round the eastern side of the Peninsula so I guess we'll be minimising travel for a while.  We really haven't got much to complain about though compared with people further down the coast.

As mentioned earlier, the severe damage came about through a number of factors coming into play at the same time.  However, these extreme weather events seem to be increasing world-wide.  Whether it's a temporary phenomenon or a longer term trend remains to be seen but there sure is a cost to them, both in financial and human terms.  Let's hope that the rest of 2018 is a whole lot better for the planet!
Posted by Geoff James at 10:41 22 comments: