An interesting couple of weeks

Riding on two wheels has been a bit patchy over the last two weeks.  Firstly, it was tropical cyclone Debbie which hit NZ after causing extensive flooding and damage along the eastern seaboard of Australia.  Our village escaped the worst of it but we were cut off for a couple of days due to landslips on both exit roads from the Coromandel Peninsula.  Places a few hundred k's south east really copped it.  Being stuck caused the cancellation of some IAM training in Auckland but delighted Jennie because I got leaned on to attack the backlog of jobs around the house!

With the weather clearing, I arranged to take the Suzuki GSX-S1000 for its 24,000 km service and an updated ECM/ECU to be fitted (That's the brains of the bike's engine management system).  More on this later.  Then unbelievably, the weather forecasters announced that Cyclone Cook was coming out of the South Pacific to hammer us, Coromandel was square in its sights and things were looking grim.  Hurried tying down of deck furniture and securing garden art, followed by an anxious wait.  Fortunately for us, it tracked further east at the last moment and all we got was some heavy rain for a few hours and moderate winds, but the south-east of the north island bore the brunt of it.  Unfortunately for us, the cliffs which run down the western coast road of the Peninsula were still soaked from Cyclone Debbie and another drenching brought down dozens of slips, cutting us off for another week.  One of the few penalties of living in a remote, unspoiled area! 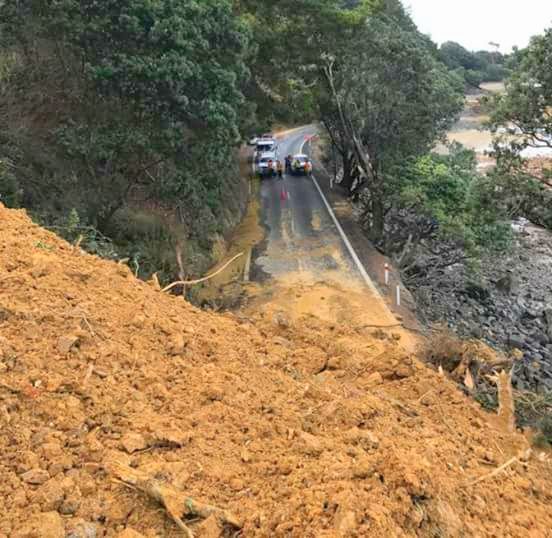 One of the massive slips on the Coromandel coast road
(source: Thames-Coromandel District Council)

These delays were knocking my IAM coaching schedule around and although the western coast road was still closed, the eastern one had opened, the weather was good and so it was off to Auckland to resume coaching.  The only downside is that the eastern route adds 100 km each way to the journey. Shouldn't really complain about extra distance on two wheels but 600+km days including an intense coaching ride do tend to get a bit tiring so I stayed with our Auckland-based daughter overnight.  Well worth the effort as Lloyd, my trainee Observer (Instructor) did a magnificent job of introducing a new IAM member to the first stage of Police Roadcraft advanced riding. 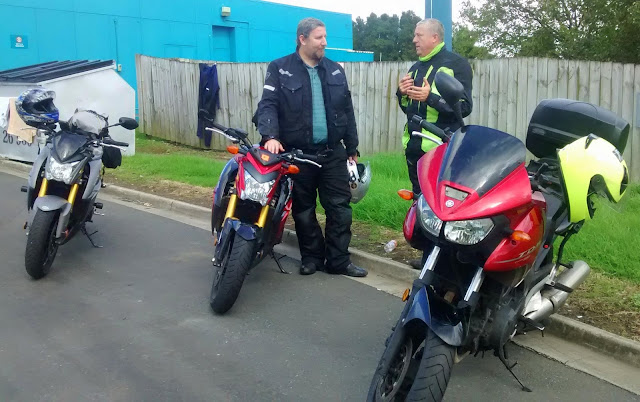 Having a bit more time in Auckland was quite handy as I organised to have some custom silicone earplugs made.  I normally use foam plugs but must have weird-shaped ear canals or something because they always seem to work loose. Had 2 pairs made which took about 40 minutes overall.  What a difference!  They work incredibly well, are supremely comfortable and would be great if you're a light sleeper. 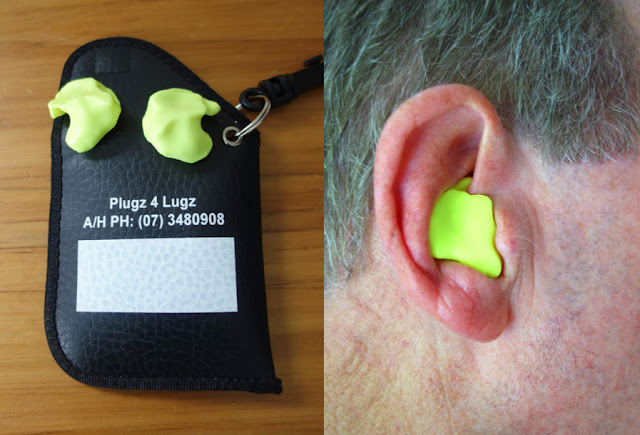 The other thing I did whilst in Auckland was get my hands on a little gift for Jennie for upcoming Mother's Day next month (A guy being organised in advance??? Amazing!).  A fellow IAM member is a trained cabinetmaker who has just started his own business.  Jennie and I both love items made in wood and on his website, I saw some fully-functioning wooden padlocks he'd made in different designs.  The one I chose is shown below.  The craftsmanship is superb using two different woods on both the key and the lock.  Instead of a business card, he uses a curved wooden leaf with his details on - clever and ultra cool!  Jennie doesn't read my blog so we're safe!  Also, Graham makes the most exquisite all-wood skeleton clocks.  Take a look HERE .  The world is a better place for having craftsmen like Graham in it. 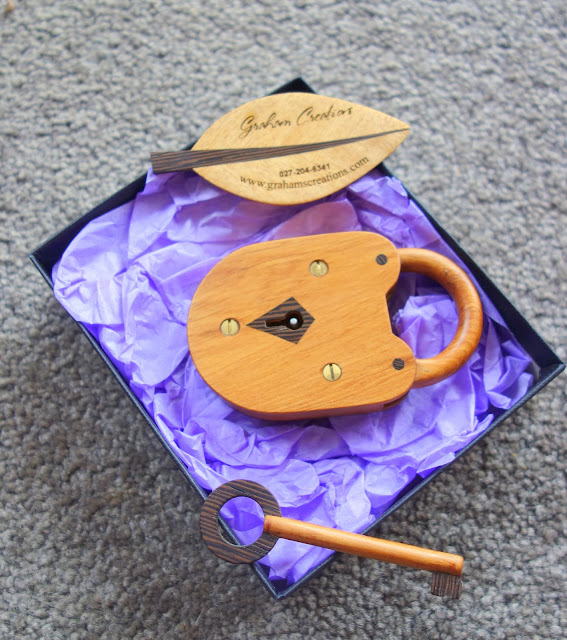 About 3 weeks ago, I spoke with Simon Meade, G.M Marketing of Suzuki NZ.  Regular readers of this blog may remember that I've described the Suzuki as a good bike, but not a great bike.  It does its job well, but doesn't make me feel passionate about it.  One of the niggles is that it's pretty snatchy and hunts at low throttle openings, or off a trailing throttle.  If I was using the bike for city commuting or similar, it would have been sold by now.  However, as much of my riding is on open roads, it's only really irritating in traffic and in greasy conditions at low speed.  I'm given to understand that the root cause of the fuelling problem is to meet emission compliance testing in the European Union.

Talking to Simon, he said that a new ECM was now available and I could have one fitted at no charge. All that was required was having the ignition key and its spare reprogrammed.  Just like that, no fuss, no arguments, just "we'll send one to your dealer" from Simon.  That's what you call service!

With the coast road now open, albeit covered in clay in a few places, it was time to re-schedule the Suzuki service so I headed off at the crack of dawn yesterday to my favourite dealer in Hamilton, about 160 km away.  On picking up the bike a few hours later, the ride through Hamilton traffic to get to open country was a revelation!  All the snatchiness had gone, just leaving a slight lumpiness which wasn't intrusive, just a reminder of the sporting heritage of the powerplant.  It's transformed a good bike into a great bike and who knows, maybe I'll develop an emotional attachment to it like I had with the Street Triple!

Whilst I was talking with Simon, he asked me what I thought of the Suzuki performance and I mentioned the track day I did on it last year.  He doesn't know me from Adam but floored me by offering a ride on their race-prepped version which they sometimes take along to track days!!!!  This is the bike which U.S - based journo Don Canet from Cycle World successfully raced at NZ's premier street race in Paeroa last year! (Cycle World article HERE ) . The excitement was quickly tempered with a bit of sanity and I politely declined.  The combination of slicks and racing brake pads which need to be hot to work effectively could well be a recipe for this old fella to go skating along on his bum in front of lots of track day enthusiasts - not a good look.  Incredibly generous and unexpected offer by Simon though.  Nice to know that Suzuki NZ have great people at the top.

As I said at the start, an interesting couple of weeks! 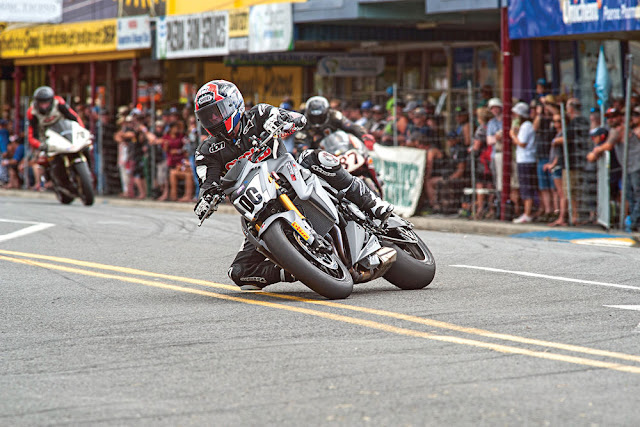