The anatomy of a personal lockdown

The whole world has faced the unknown with respect to Covid-19 and whilst the approach of each country varies, we've all faced restrictions which we've not experienced before.  NZ went into a hard lockdown really quickly and this has paid dividends.  As of today, a total of 1283 cases and sadly 2 fatalities involving the elderly.  That early action has not only stopped the total from being much, much higher but it will enable some degree of normality to resume that much quicker.

I've never voted for the Labour Party as I've disliked the "nanny state" politically-correct approach of some past Labour governments but I must say that Prime Minister Jacinda Ardern has handled major crises during her tenancy with more compassion and decisiveness than I would have imagined.  The sign of good leadership.  I was surprised to see her attracting major overseas interest like this piece from CNN a couple of days ago.


Getting back to how it's affected Jennie and I personally at this stage, it hasn't been too bad at all.  Following her rapid return from the UK, we both self-isolated on our property for 14 days.  I did the cooking and cleaning for the first 10 days and then it was back to sharing.  To be honest, we were both expecting the odd argument being in constant close proximity but we've been able to have a lot of fun and laughter.  A certain amount of novelty in the situation I suppose.

I've been staying fit by having my mountain bike in a resistance frame.  It's ironic that on the last day of our isolation, I overdid the pedalling and hurt a leg muscle.  Consequently, my first trip post-isolation was to the pharmacist to get some Voltaren rub!  One trip to the local supermarket to get some odds and ends went off without a hitch, as did a visit to the doctor to get our influenza shots.  That was pretty slick.  Rolled up in the car to the service lane behind the surgery and a nurse in full PPE administered the jabs through the open car windows.  All done in a couple of minutes.

Fortunately, the autumn weather in our region has been fine so far with temperatures in the low-mid 20's C.  This has let us go for walks on the beach behind our place and do some long overdue gardening.  We did get some welcome rain a couple of evenings ago but it only lasted for half an hour.  Nice double rainbow over the harbour though. 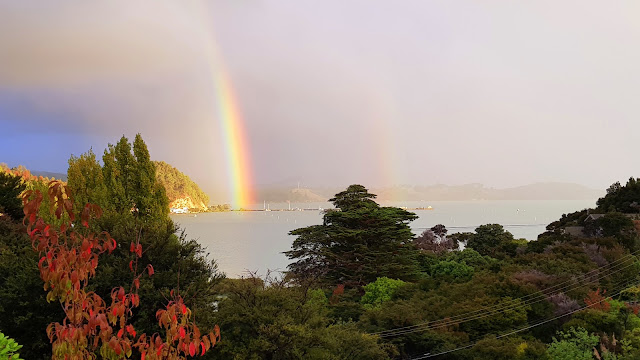 So far, haven't found the pot of gold

Whilst nowhere as good as riding, just being outside in good weather to do some gardening has been great mentally.  Thought I'd share some shots of a few plants in our garden that I've been tidying up.

We have a lot of bromeliads and whilst they don't take much looking after, a good thinning out was needed and a good start has been made on that job. 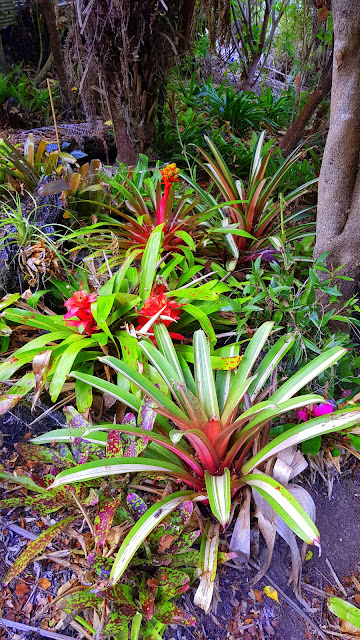 The bees are having a field day with our Dwarf Bottlebrush plants.  It would be interesting to see what the honey tastes like! 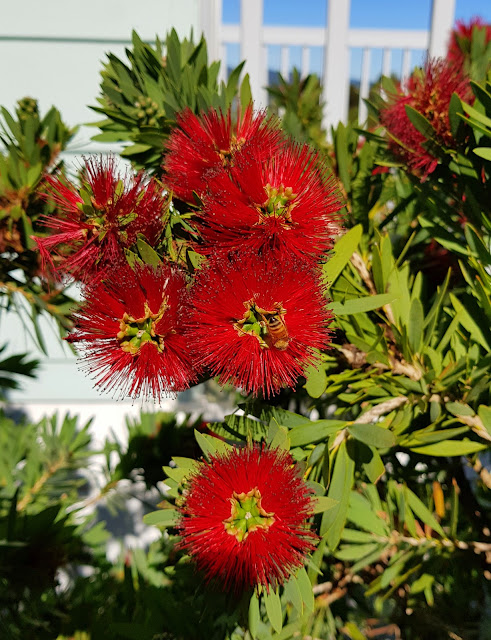 Last year, we had very few Monarch butterflies in the garden .  We think that it was due to large numbers of paper wasps attacking the Monarch caterpillars but this year there's a lot of them with very few wasps.  The Swan plant below which the caterpillars feed on is about 2.5 metres high and will provide a great food source. 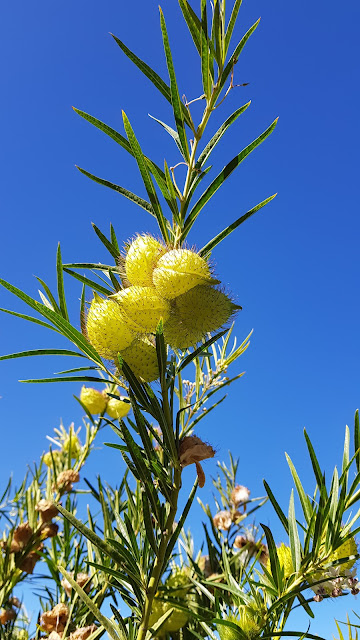 The Vegepod we bought at the end of last winter has been wildly successful.  Produce grows much faster than in the garden and we've had a constant supply of lettuce varieties, rocket, spinach and so on.  The basil has been outstanding with heaps turned into pesto, leaves frozen for future use and so on.  Also very handy with it being just a few strides from our kitchen. 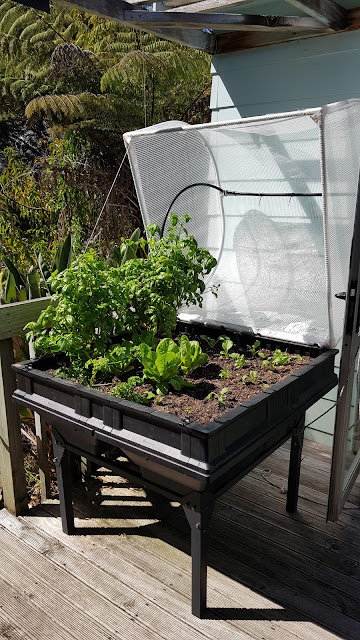 I guess that being busy is helping our lockdown to pass with relatively little frustration but the background knowledge that the majority of Kiwis are helping to drive it in the right direction also helps enormously.  The only frustration is not being able to get out on the bike.  It's been polished to within an inch of its life with nowhere to go!  Maybe soon......

I'm also retiring as chairperson of our region of the Institute of Advanced Motorists.  After nearly 5 years in the position, we have some great people who deserve to make their mark on it.  I'll still be around as a mentor and examiner so no plans to give up riding yet!

Finally, whilst looking for something else in a storage box, I came across a Tamiya plastic bike kit of a Honda Blackbird that I built around 2004.  It had got broken forks but fixed it ok thanks to superglue.  I remember that it sent me almost blind painting all the tiny parts and matching the bodywork to my real one.  Still looks pretty cool! 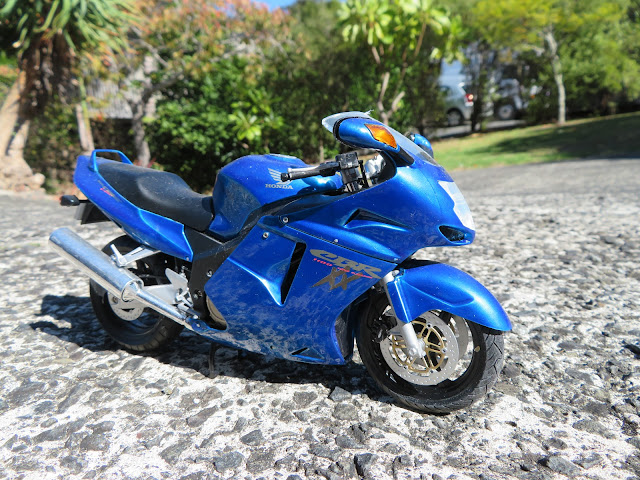 Kia kaha everyone - be strong.