There's a saying "Every day is a school day" which basically means that we never stop learning, no matter how old we are.  The first lesson was a week ago when we were having neighbours round for dinner.  I'd volunteered to make crostini to for a salmon and pesto entrée.  This involved cutting rings of French bread, brushing on garlic-flavoured olive oil and sticking them in the oven for 30 minutes to crisp up.  What could possibly go wrong?  Well, paying attention to what I was doing would have been helpful.  Instead of putting the rings on an oven-proof teflon sheet,  I stuck 'em on Jennie's prized pastry-rolling sheet which is definitely not teflon.  At the end of 30 minutes, it was nicely deformed and welded to the bars of the oven shelf it rested on.  They say that honesty is the best policy but it earned me a bollocking of some magnitude.  That's inevitable when you're married to an ex-primary school teacher but at least I wasn't made to stand in the corner. Jennie totally failed to see the strength of my argument that the crostini were fine so it didn't matter. She was pretty darned cross as she'd had it for years so I ordered a replacement online within the hour and it arrived 2 days later. Further recriminations avoided.

A new visor for my Shoei GT Air helmet arrived the other day.  Where we live presents a particular visibility problem.  The 50-odd km home is along the edge of a body of water called the Firth of Thames.  Late in the day, the sun's reflection off the water is horrendous and limits visibility on the twisty road - a genuine safety concern.  The internal drop down tinted visor on the GT Air helps but there's still a lot of light scatter.  An iridium-coated visor offered promise but at nearly NZ $200 for the genuine Shoei article, I wasn't prepared to take the risk.  However, a Chinese knock-off via AliExpress was available at 1/3 of the price including delivery which was worth trying.  Quality is absolutely fine and it's set up for a Pinlock anti-fog insert.  The gold iridium finish went well with the helmet livery and added a certain je ne sais quoi to my riding gear.  My mistake was mentioning it to Jennie who replied "It still won't turn you into a chick magnet".  Presumably, I was still in the dog box from the loss of her pastry sheet, sigh...  Anyway, it worked an absolute treat with little or no glare and being reflective rather than tinted all the way through, it can be used in relatively low light.  I must say that of all the Chinese products purchased in recent times, only once have we had a quality issue. 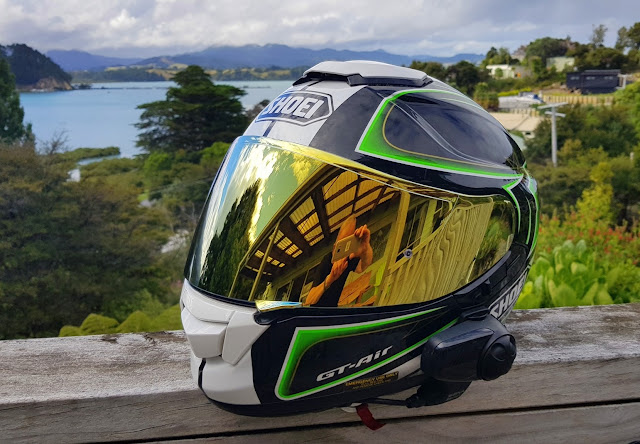 The next learning experience was with a slower form of transport, my 30+year old Diamondback mountain bike.  For some time, the crank bearings have been wearing quite badly and had recently started to make strange noises and occasionally semi-jamming .  Not wishing to be stranded somewhere, it was time to remedy the situation.  Special tool required to pull the crank arms off the hub, a tool which I didn't have of course.  Ditto for the special tool to pull the bearing covers.  There are a lot of advantages to living out in the countryside but shopping ain't one of them!  Two days waiting for an internet order to arrive. 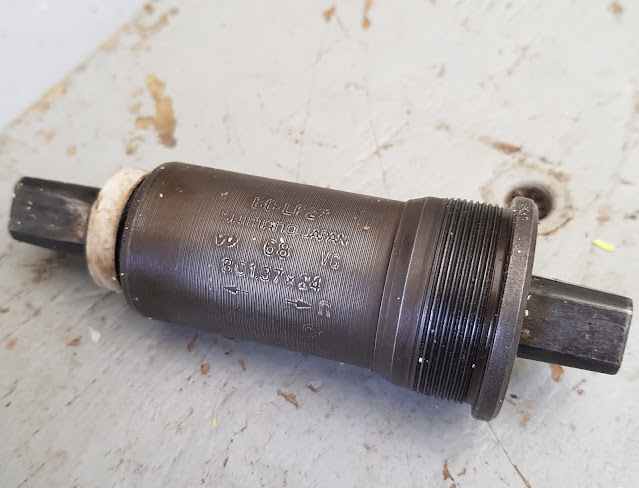 Removal of the bearings was straightforward with the tools and from what I could see, at least one or two of the balls had disintegrated. Time to order a complete replacement but first, a bit of reading about what were the key measurements needed to place an order.  Turned out that the exact part was no longer available but searching a UK mountain bike forum, someone had experienced the same problem and a respondent had listed a suitable upgrade.  Mercifully, this was available in NZ.  Another 2 days until it arrived.  A minor tweak of the gears and everything is better than it's been for years -  more great learning!

Last Sunday was official IAM duties and I'd been booked to take someone for a no-obligation IAM assessment ride to see if they were interested in officially joining and being mentored towards their Police Roadcraft Advanced Test.  The person in question was Barbara, riding a Yamaha MT-09 with a cool grey and flouro yellow paint job.  In her 60's, she was a latecomer to motorcycling although her partner David had been riding since his teens.  David was riding a Suzuki GSX-S1000 F with a nice red and black paint job. 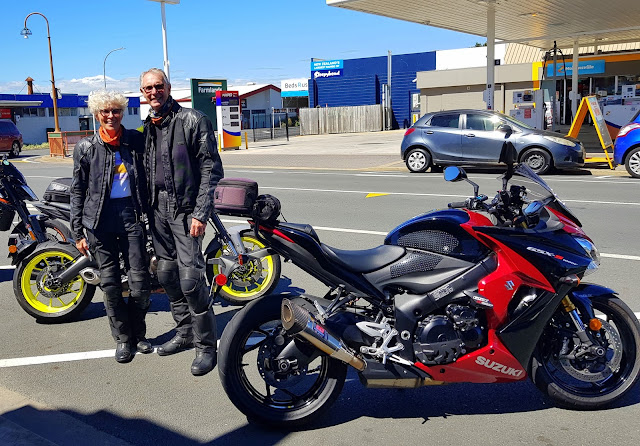 Some nice hardware
Barbara had the view that as a relative latecomer to riding and with David being experienced, she'd better get serious about the quality of her training.  Getting her full licence was with an instructor who just happened to be Chief Examiner of IAM at the time which was a great start.  That was followed up with both her and David attending the California Superbike School track-based training and then the government-sponsored Ride Forever programme (HERE).  What a fantastic attitude to upskilling and David was also keen to upskill and correct any bad habits he may have picked up over the years.

Without going into tedious detail, we spent a couple of hours on expressway, city and challenging country environments assessing, debriefing and demonstrating.  Barbara's riding was really impressive, riding quickly with no apparent effort or showiness, which is the hallmark of an excellent road rider and both she and David will absolutely lap up the mentoring.  Over the last few years, there seems to have been a change in NZ where upskilling is no longer regarded as something negative.  There are still the one percenters and a few others who wear an inability to ride as a badge of honour but things are definitely changing.  It's certainly allowed me to safely extend my riding career for longer than I'd have imagined when I joined in 2011. 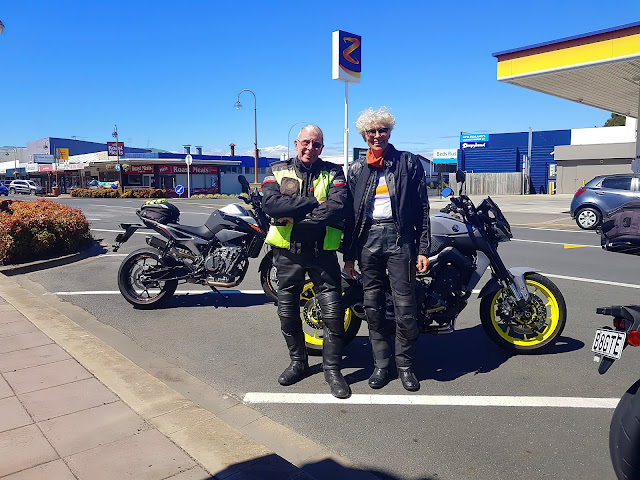 Yours truly and Barbara

Before heading off for the assessment ride, we met for coffee with other members and prospective members of the IAM team who were heading off on a social run.  A complete mix of bike types and ages which is a great sign.  There were even 3 KTM's - a 1290 GT, a 790 and a 390 plus a very nice Ducati Desert Sled (which I secretly lust after!)  Not a bad way of spending a sunny day, is it? 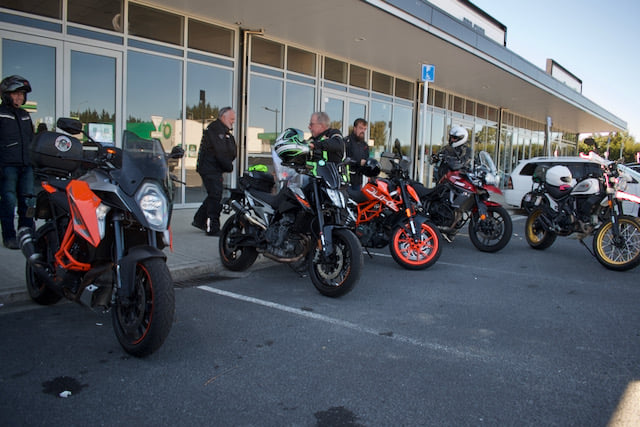 Some of the other hardware