For as long as I can remember, carnauba wax has been my go-to for our cars and my road bikes.  Gives a good shine and is relatively long-lasting.  Having recently run out and wanting to give a bit of pre-winter protection to our fleet, I popped into our local Repco store to get some more.  However, perusing the shelves, I came across this: 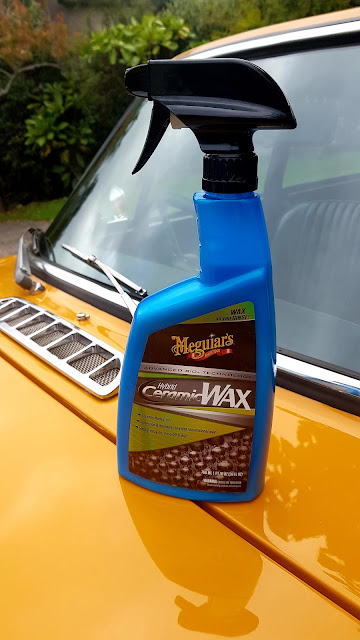 Pure ceramic coatings have been around for quite a while but they require a high degree of surface preparation. The instructions on the this hybrid looked pretty straightforward so thought I'd give it a go. The instructions said that for the first time up, wash your vehicle in the normal way and straight after you've applied clean water, squirt on some ceramic wax, then spread with a soft cloth and buff with a microfibre towel until dry.  I followed the procedure and here's the result: 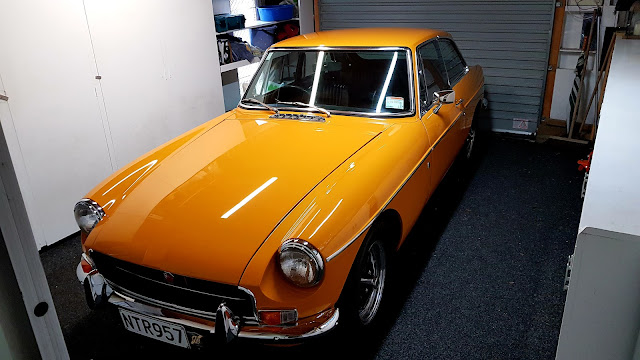 The finish is superb and it gives a really slippery feel.  Really easy to apply too.  That slippery feel translates to less dust sticking than a pure wax finish.  It's too early to comment on how easy it is to clean off accumulated road dirt.  However, water is still beading then running off even gentle slopes on the car after 3 weeks of use as shown below.  It pretty much runs straight off vertical panels. 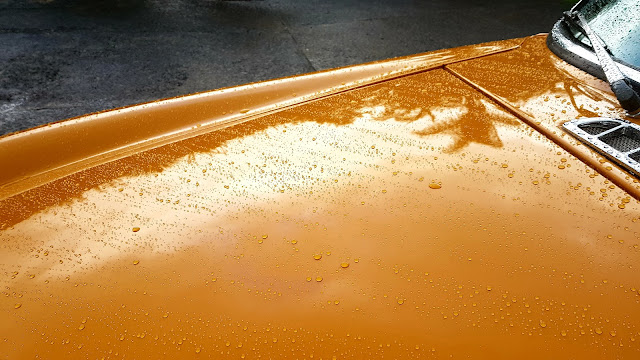 Good beading and run-off after 3 weeks of use
The photo below shows beading on our 4x4 roof straight after a shower.  The coating is 3 weeks old and the vehicle lives outside.  So far so good although it's too early to predict longevity. 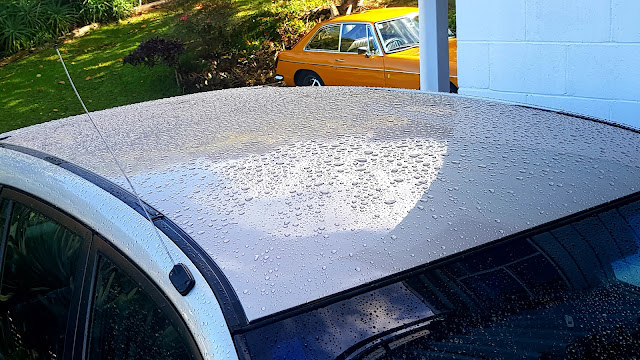 Beading after 3 weeks of the 4x4 sitting outside
The Meguiars instructions say that to build up layers on subsequent cleans, simply squirt on the product after washing, then use a strong jet from a hose or pressure cleaner to spread it on the panels, then buff dry.  In my opinion, this is both wasteful and somewhat hit and miss.  A few videos I've subsequently watched on YouTube also hint at this.  What I did by way of experiment was after washing and drying, to wipe a dry, clean panel of the car with a wet microfibre cloth, immediately apply a light squirt of ceramic wax then buff it dry. I then repeated this on the rest of the car panels and it worked perfectly with only a small amount of product used.

So what's the initial verdict?  In terms of finish, it does exactly what it claims and is easy and quick to apply now I've got a better technique sorted out. Because it's a relatively new product, it attracts a premium price.  It costs a bit under NZ$60 for a 768 ml bottle (US36, AUD51, GBP29) which is similar to a good carnauba wax.  The price may fall over time but in any event, a bottle should last up to a couple of years if the finish is reasonably durable.  Very happy to have an alternative to conventional waxes.

In other news, international supply chain delays are really pissing me off.  The Giant brand e-mountain bike which I ordered in early March still hasn't arrived in the country and may not show up until late June.  Conversely, the accessories ordered from China and Australia only take 2-3 weeks to arrive.  I'm picking that the accessories are relatively quick thanks to air freight whereas larger items such as bikes are almost exclusively shipped by sea.  Sigh.....

A question of time with a dash of serendipity

Well, it's been nearly 2 months since I retired from riding and haven't missed it (yet) because of the fallback interests I mentioned in previous blog posts.  The last sea fishing expedition was highly successful, if you discount the lack of mercy from Jennie due to her catching substantially more than me.  Gracious?  Not on your life! 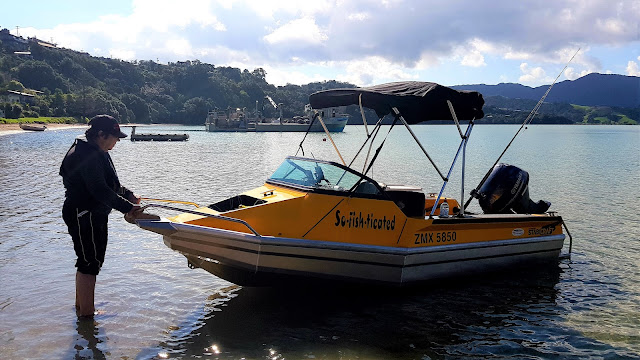 Launching near our house 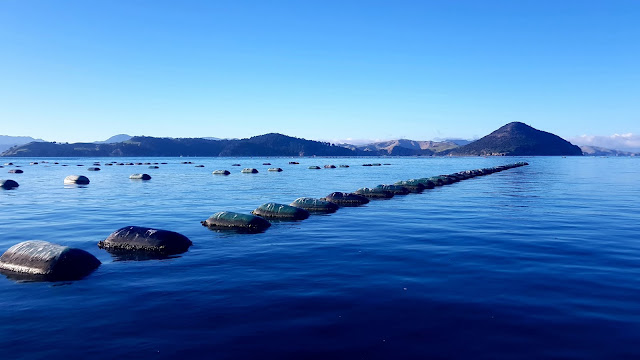 A stunning day fishing amongst the offshore commercial mussel beds 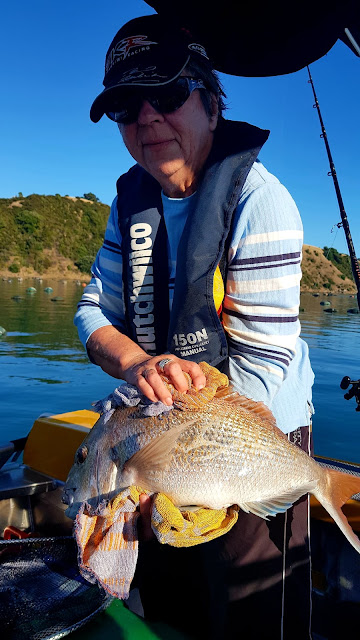 Whilst not exactly a fallback interest, the tale below has consumed a bit of time recently and has been an interesting learning experience.

The saying that every day is a school day is bang on and a recent foray into the world of vintage watches is no exception.  Let's start by going back more decades than I care to remember........

Back in the 1960's and in my early 20's, I owned an Omega Caliber 601 wristwatch.  Being an engineer, I've always loved nice clocks and watches because of the engineering complexity and the standard of finish which verges on pure art.  The downside is that like expensive cars, servicing can cost an arm, leg and probably your firstborn too.  Being young with a limited budget and more pressing commitments on the horizon, servicing was ignored with a predictable result a few years down the track.  There was a bit more to the story but essentially, it got shoved in a drawer and forgotten.

Since the mid 90's, I've owned a TAG Heuer and got absolutely hammered by the NZ TAG-approved service agent for its first service.  Fortune smiled when we moved to the Coromandel Peninsula in the shape of  finding an elderly "old school" watchmaker who completed a second service at a very reasonable rate and it runs beautifully.  Just recently, the Omega was rediscovered in a bit of a sorry state (missing glass, missing second hand, no strap, to name the most obvious faults) so I dropped it off at the watchmaker to see whether it could have a second chance at life and was worth passing on to one of our adult kids as a legacy item.

As an afterthought, I also took along my grandfather's pocket watch and chain.  He'd given it to me when I was in my 20's.  It too was missing a second hand but from memory, still worked at that stage.  Remarkable given that it was probably made in the early 1900's. 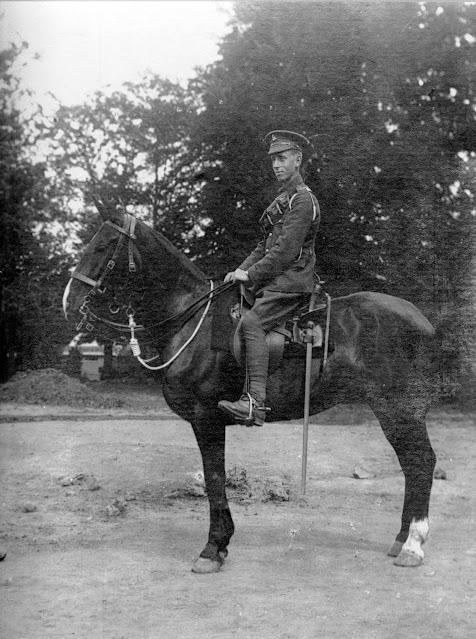 My maternal grandfather, W.H.W Odell - 1913
The watchmaker got back in touch and said that the Omega was indeed worth repairing as it would be quite valuable when restored.  What he said next floored both Jennie and I.  The case on Granddad's watch was actually gold and had a value similar to the Omega.  That was surprising enough as value was never considered but then he added that the watch chain was solid high purity gold and worth nearly 3 times as much as the watch.  Bloody hell!!!!  Closer inspection shows that both the watch and chain components are hallmarked so I must investigate further.
With the Omega wristwatch now being considered "vintage", new parts are no longer available.  The watchmaker said that he wasn't internet-savvy and asked for my assistance in tracking down a used sweep second hand and matching drive pinion.  Having zero knowledge, I joined an international watch forum and threw myself on their mercy.  Crikey, if you think that computer and automotive forums are full of nerds with incomprehensible technical language, try vintage watches!!   It was a steep learning curve but I must admit that the members were incredibly helpful. With their suggestions, I was able to track down a set of hands in Poland and with my new-found knowledge, a matching gear pinion in Sweden.  Clearly, these parts are as rare as hen's teeth judging by the prices they command - ouch!  The original watch face has corrosion marks on it due to leaks decades ago and my negligence in getting it serviced at the time.  Tracking one down in pristine condition would be a major mission and the suggestion was made to leave the original patina "as is" as part of its story. That's what happens with the repair of vintage porcelain in Japan. It made perfect sense to me.
Two or three weeks later, two small packages duly turned up.  At first glance, I thought that the plastic container containing the gear pinion was empty.  You can see why in the photo below. The pinion just below the number 600 in the left hand container is just 5.19 mm long!  Duly dispatched to the watchmaker for final assembly.  Incredible skill to be working on that minute scale. 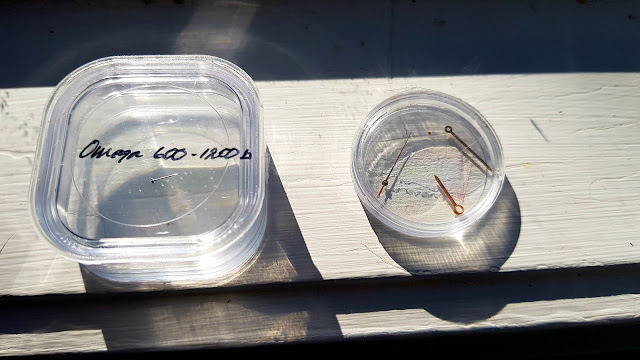 Expensive used Omega parts sourced from around the world
We got the call that the watches were ready and collected them yesterday.  The restoration of both was flawless and having them back in working order, particularly as legacy items for our adult kids is a surprisingly emotional experience.  It was great to learn new stuff and the only thing left to do is to get them itemized on our household insurance! 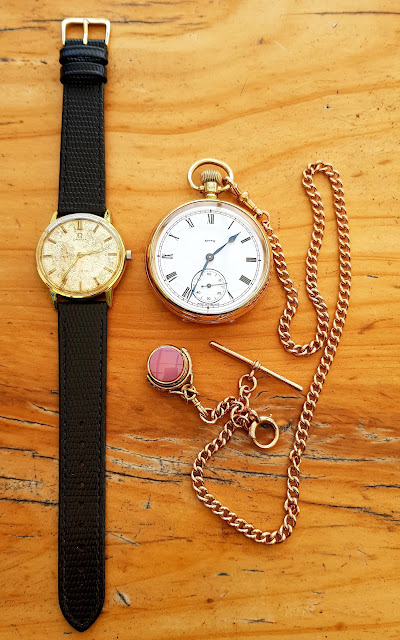 The restored items
My other interest in the shape of an e-mountain bike is still several weeks away due to international supply chain difficulties so using my 30+ year old Diamondback MTB in the meantime is building up a bit of fitness and allowing time to grab a few accessories.  Never a moment's rest in retirement!
Posted by Geoff James at 11:32 6 comments: