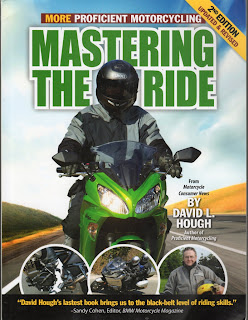 It's always a great occasion when David L Hough puts out a new book, even more so when the great man sends you an autographed copy, but more on that later!

We all know that there are large numbers of motorcycling "improve your skills" books on the market and without spending a fortune, choosing what to read becomes a formidable task.  I have mixed views about the title of the book.  The first "Mastering the Ride" was released nearly 10 years ago.  I wonder whether some potential readers who are familiar with David's earlier books might hesitate to buy it, thinking that it may simply be a cosmetic rehash of earlier work.  At least I'm able to publicly state here that that anyone thinking that would be making a seriously BIG mistake!  How do I know?  Well, when David was putting the material together, I was genuinely privileged to be shown some draft material and asked for some feedback.  Over a period of a couple of months, there were quite a few emails flying back and forth asking for clarification of particular aspects, sharing experiences or arguing the toss!

Some otherwise good skills books can nonetheless be quite hard going.  They can being overly prescriptive without the benefit of clearly explaining why you should follow a particular course of action.  We each respond to learning in slightly different ways but from a personal viewpoint, having some background as to why a particular course of action is being recommended really helps me to engage with what is being presented and retain that information.  It's this aspect which helps David to stand tall among his peers. In other words, he treats his readers as adults, giving sufficient background in terms of photos and clear text to get his point across with a complete absence of self-promotion.  Here is an example: 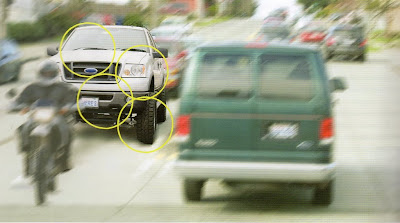 Just how much did that car driver about to cut across your lane really see?

In the chapter about conspicuity, David discusses visual priorities.  A big, intimidating vehicle may draw the eye in terms visual priority and a motorcycle being in front of it might not even register in the brain with potentially dangerous consequences.  This then leads to what motorcyclists can do for themselves  in terms of conspicuity tactics. A fascinating and insightful chapter - I learned a lot about this subject.

In a discussion on rider training, a graph of the USA motorcycle fatality rate is presented, showing an upward-trending increase.  An argument is presented that in the US, the motorcycle industry quite properly promotes getting as many people as possible to share our passion BUT that the industry's training developers created a very simple "learn to ride" course and a commensurately easy skills test.   Many new riders may feel that having been "anointed" once, this adequately equips them for the rest of their riding  career.  David then discusses independent training courses for renewing/enhancing your skills and where training can be tailored to specific needs of students at any level of their experience.   This is music to my ears having been exposed for the last 18 months or so to the "continuous improvement" environment of IAM advanced roadcraft.  You never stop learning and the moment when you think that there's nothing else to learn is when you put yourself at extreme risk. 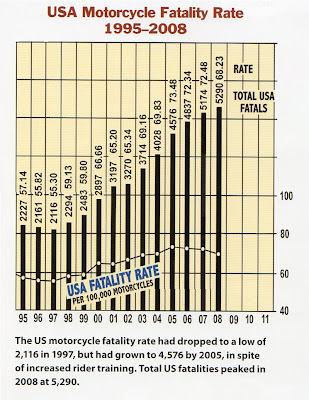 There's a specific chapter on improving situational awareness although this topic manifiests itself time and time again in other parts of the book  when dealing with particular road and traffic conditions. 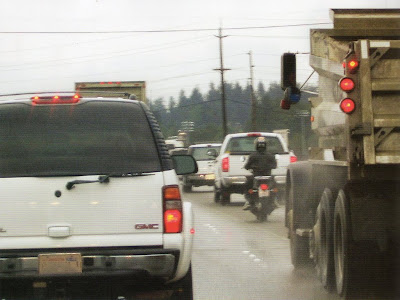 The photo above reminded me of  a ride home on my bike from Auckland a week ago.  On the Southern Motorway in reasonably dense traffic, I was followed by another rider who positioned himself too closely, and in my blind spot.  He would also occasionally switch to another lane which occasionally moved faster than the one we were in to try and make progress.  It was clear that he wasn't scanning ahead for a sufficient distance because he got baulked several times as the traffic in that lane slowed.  He would not only lose his place behind me, but to the following vehicles in my lane too.  Had he looked well down the motorway, it would have been clear what was happening.  This is what David refers to as developing "expert eyeballs".

There are many more chapters in this book dealing with other aspects of motorcycling which are treated in the same depth and background analysis than the ones I've briefly described.  However, I'd like to conclude this review by mentioning the section covering the Ageing Rider.  This is is of profound importance as coping strategies are rarely discussed in the public arena..  Consider the following table: 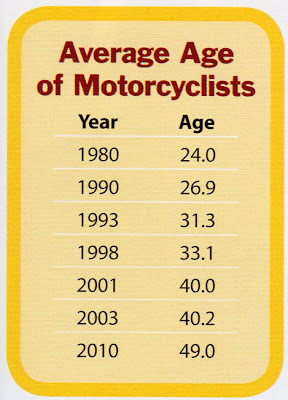 Quite a change in the demographics

The average age of riders continues to increase for all sorts of reasons.  Probably one of the biggest ones is the switch from a cheap form of transport from a younger person to a lifestyle choice for an older one.  This presents all kinds of potential difficulties in terms health, skill, motorcycle choice and so on and if you get that combination wrong, it could mean a world of pain at a time when you're supposed to be enjoying life.

Resulting from an earlier blog article I'd written, David wrote to me and asked when I was going to get off my arse and do something about upskilling (my words, not his but the meaning was abundantly clear!).  It was our subsequent correspondence which lead to a whole load of data collection through various international motorcycle websites about attitudes and intent.  This chapter summarises some of that material and I'm hopeful that David will write a stand-alone publication on the topic as there's a substantial need.  Really proud to have played a small part in this chapter.  Regular readers of this blog will also remember that it was the exchange of emails with David which "got me off my arse" and train with the IAM, arguably one of the world's best advanced roadcraft training courses and for that, I owe him big time. 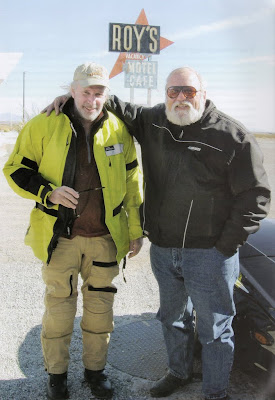 In summary, no book can replace high quality ongoing roadcraft training but this one is an absolutely outstanding adjunct.  It will help prepare riders to lift their skills by better understanding the background to many issues.  It is also invaluable to an experienced or advanced rider as a refresher to help arrest that imperceptible slide in skills which happens to us all if we don't frequently work on our riding skills.

Simply put, this is a wonderful book and you won't regret buying it!