Regular readers of this blog will know the history of the tyres I’ve had on the GSX-S 1000 from previous posts.  By way of a brief recap, the OEM Dunlop D214 pure sport tyres were horrid things for road use in NZ where it’s eminently possible to get 4 seasons in one day.  Grip in warm, dry conditions was fine but when it was cooler and damp, they were bastards (to use a technical term). Hard to get enough heat in them in those circumstances for decent grip and I didn’t trust them.  Also bearing in mind that I was breaking the bike in during this period, a rear tyre life of 3700 km to a completely ruined state was pretty underwhelming.  It was also potentially bankrupting considering that I generally cover about 20,000 km/yr.

The replacement set of choice were the Michelin PR4's, having used them on my Street Triple and having found them a brilliant all-round tyre with exceptional wet weather grip properties. They even survived a track day without complaining too much.  A 55 profile tyre was chosen as opposed to the OEM 50 profile in the hope of getting a quicker turn-in and it worked – much easier to change line in twisty conditions.  Approximate rear tyre life was an entirely acceptable 12,500 km and both hoops retained a reasonable profile and decent handling throughout.  Photos and a more detailed account can be found HERE .  It goes without saying that tyre life is governed by many factors...... road characteristics (surface, temperature, ratio of twists and straights etc), total loaded weight, riding style and many more aspects.  However, life comparisons between tyres in my case are valid because I travel the same type of roads, most of my riding is tied up with advanced roadcraft coaching and I don't commute.

I would have happily replaced them with another set but the relatively newly-released Metzler Roadtec 01’s had been launched to critical acclaim by motorcycling journalists. Like the PR4, wet weather performance was reputed to be outstanding.  No harm in giving them a try so I purchased a set, also 55 profile. 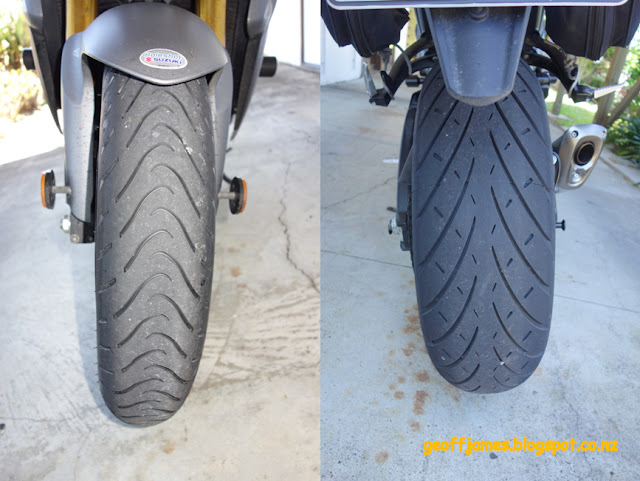 The first ride on new tyres is always a cautious one to bed them in but also because the handling feels very sensitive after running on older tyres.  However, on subsequent rides, the 01's felt slightly quicker turning in than the PR4's and the front end felt marginally more planted. It may be due to the 01 front tyre not having transverse sipes like the PR4 but in any event, the difference is pretty small. My impression is that the Roadtec 01 has a slightly sportier feel than the PR4 but again, it's not a massive difference.

In the wet, I haven't noticed any difference in grip between the PR4 and the Roadtec 01, they are both terrific in both wet conditions and dry public roads.  Under rigorous measurement with a better rider than me, there may well be a difference between the two brands but for my standard of riding and end use, they are both totally fit for purpose in terms of grip and feel.

So what about life?  I've just racked up 11000 km and the centre of the rear tyre is close to the legal minimum of 1.5 mm. The front has a lot more depth but they will both be replaced within the next 1000 km.  That means that life is near as dammit the same as the PR4's.  I ran the same cold pressures at 39-40 psi rear and 36 psi front for both brands.

The rear hoop has retained its shape pretty well as the photos below show.  Not having a significant central flat spot must be in part due to riding on mainly twisty roads with no commuting. 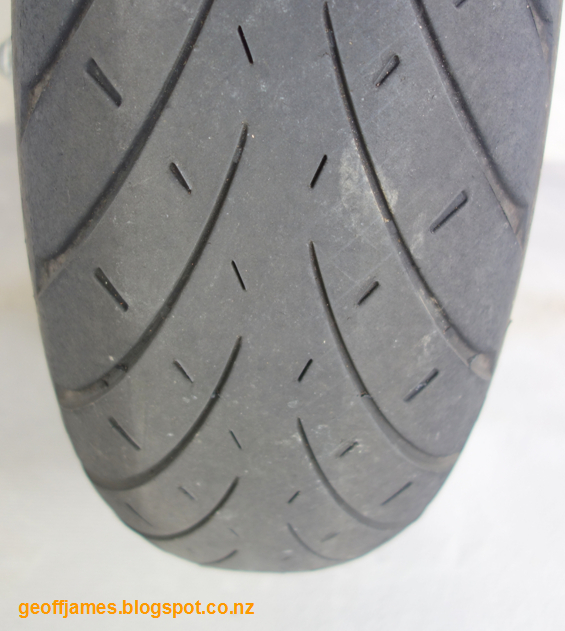 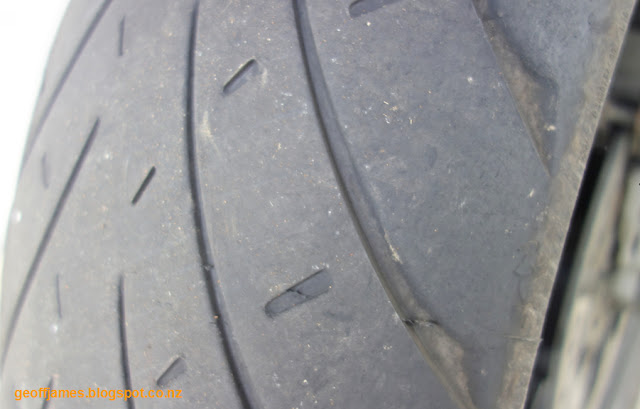 The profile of the front tyre is interesting as it has lost its shape, particularly in the last couple of thousand km, with significant "flats" towards the edges.  Part of this is undoubtedly due to the twisty roads in our region which I mentioned earlier and the amount of countersteering employed when riding at a reasonable pace.  I wouldn't have a clue whether carcass construction to give a bigger footprint when leaned over has any bearing on the wear pattern (see below).  Also, the leading edge of each rain groove is higher than the rear edge but doesn't seem to affect the handling. It doesn't show in the photos. It just looks odd. Not really classic cupping. 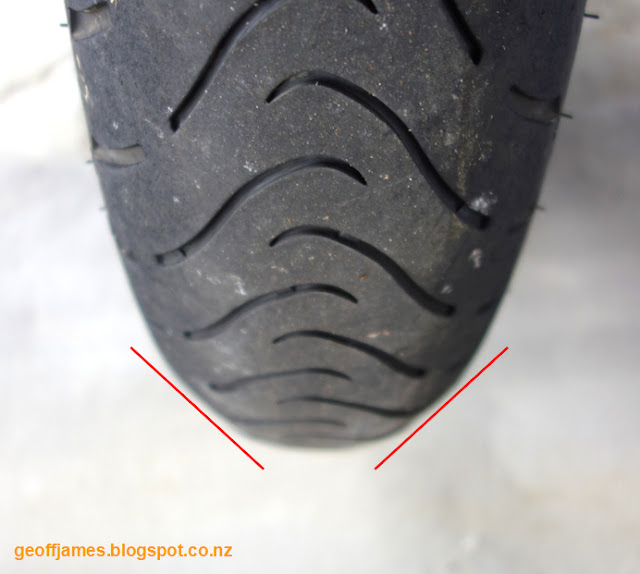 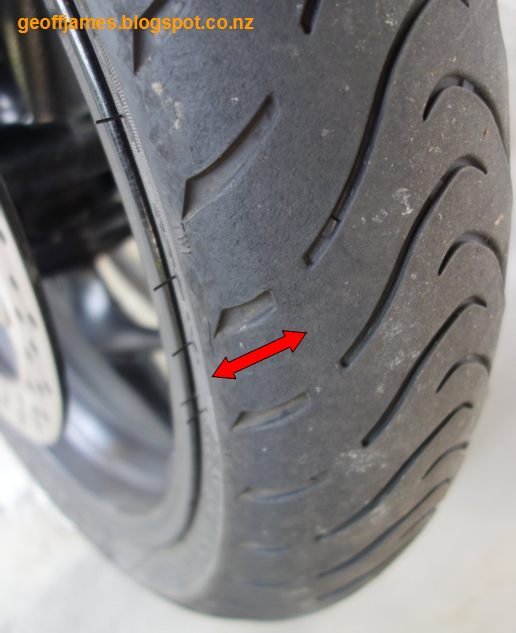 In summary, I'd be perfectly happy to fit either the PR4 or Roadtec 01 but will be going with the 01's again to build up a bit more comparative experience with them.  Both fantastic tyres for the all-weather riding I do and both exceed the 10,000 km minimum life that I mentally set for my particular use,

Tyre prices in NZ tend to be higher than in bigger countries because of the shipping costs, economies of scale and relative lack of competition. Current prices vary a bit between dealers but the fitted price for a pair of standard load rating Metzler Roadtec 01's (120x70 -17 front and 190x55-17 rear is around NZD640/USD460/AUD603.  Michelin PR4's for the same size are around NZD605/USD425/AUD570 .  Does the price difference matter to me?  Not really that important, tyres are such an important safety factor that skimping simply isn't worth it.

May 2018:  I have just worn out my second set of 01's and the results are identical to this report.  They are a fantastic tyre which totally meets my particular needs.   Update: A 2021 end of life review of the Michelin Road 5 tyre can be found HERE