NGORONGORO CRATER AREA
Driving from the Serengeti was a long, dusty haul through barren country.  However, it was the dry season and was probably transformed when the rains came.  The local Maasai herdsmen had to walk long distances for water and feed for their cattle was in short supply at this time of the year. 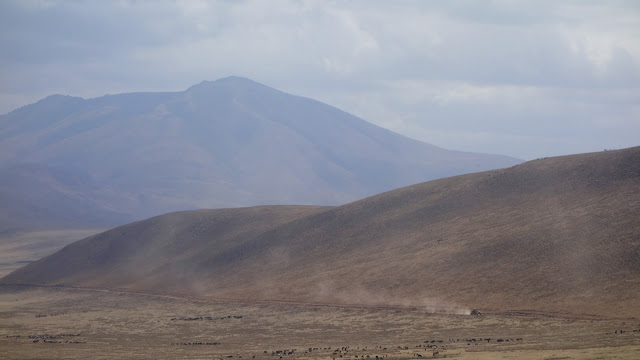 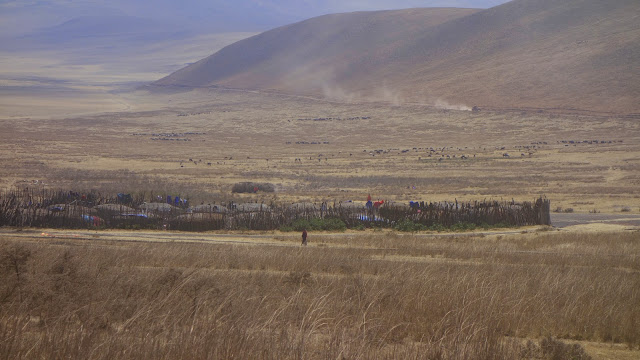 Maasai stockade in the foreground
With tenting behind us, we headed for our accommodation not far from the park gates.  Talk about unsurpassed luxury!  Owned by a local Tanzanian with farming and tourism interests, it was absolutely magnificent with all mod cons.  It was a great opportunity to do some washing as we were travelling fairly light and clean clothes were at a premium!  As with everywhere else we'd stayed, the food and hospitality was outstanding. 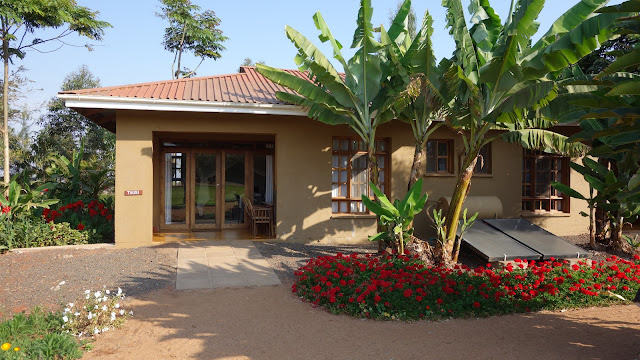 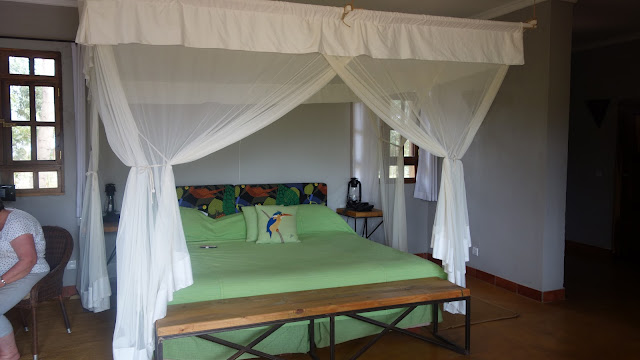 Now that's what you call a bed! 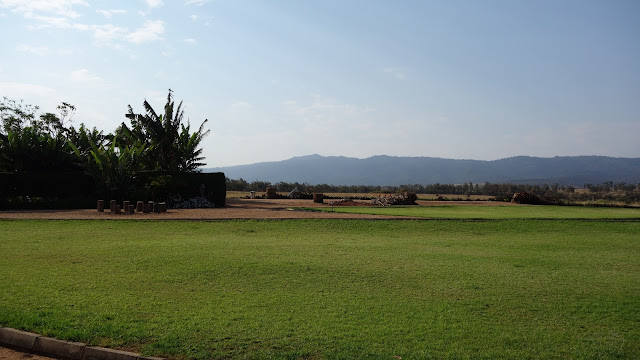 View from the front door
The area covers over 8000 sq km and is a World Heritage protected area.  The crater itself is believed to be some 5 million years old.  Seen from the rim, the scale is stupefying.  Approximately 21 km in diameter with 600 metre deep crater walls, it's evidence of volcanic activity on a massive scale. 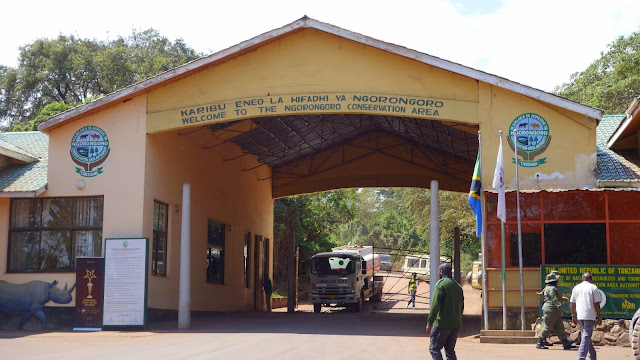 From the viewing platform, the view down to the crater floor is breathtaking and we can't wait to get down to see it at close range 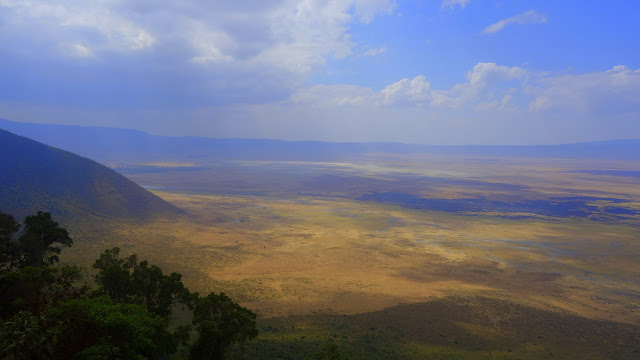 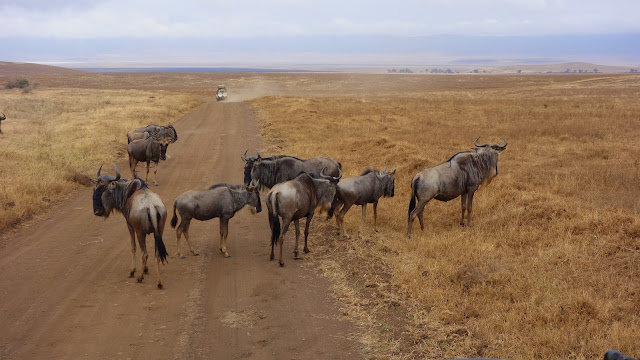 Wildebeest on a permanent rotation inside the crater

It came as a real surprise to us that Wildebeest are related to antelopes, not cattle.  They're hare-brained, unpredictable things - quite amusing. 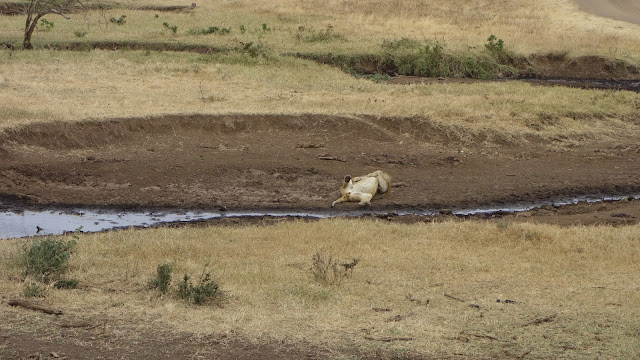 Coming to a junction of several tracks in the crater, there were a number of 4x4's parked up and the reason soon became apparent with a lion and lioness just chilling on the road.  They weren't at all bothered with the presence of the 4x4's and the lioness chose a nice shady spot in front of one of them.  When you see them this close, it's easy to understand why even large prey doesn't stand much of a chance.  Here's some photos of them. 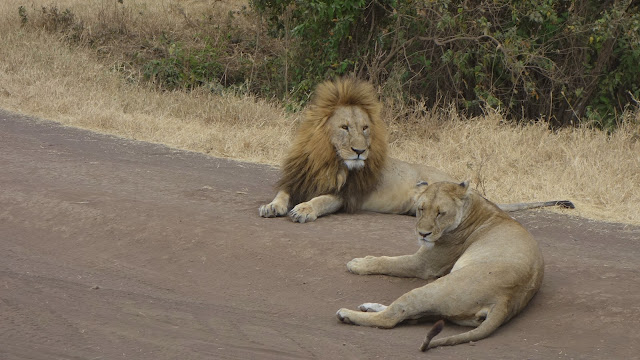 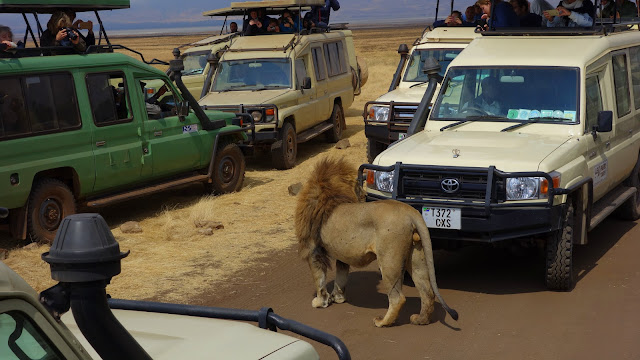 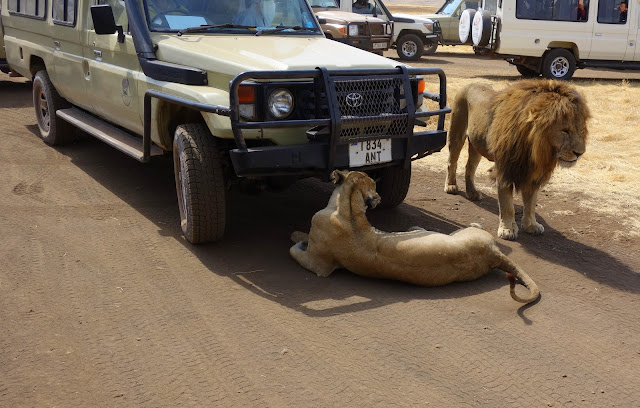 Hey human, your front diff has got an oil leak!

Approaching the only lake in the crater, there were numerous hippos, accompanied by cattle egrets which would clean parasites from them. 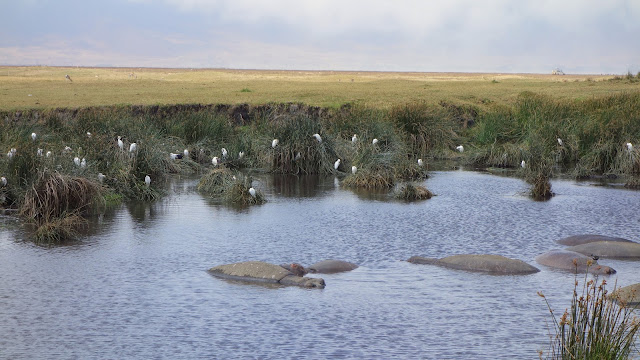 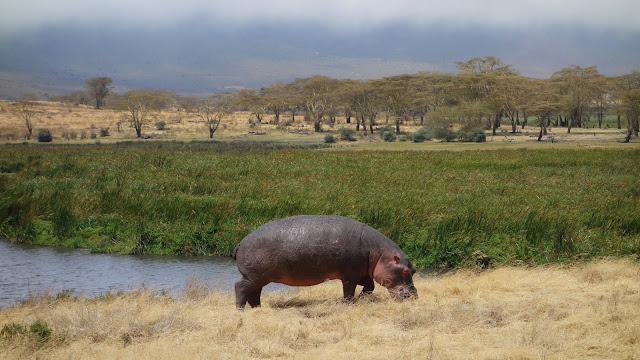 Out of the lake and grazing 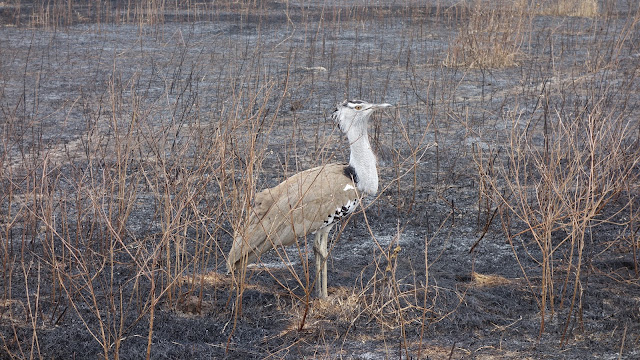 A Kori Bustard in the remains of a controlled burn-off 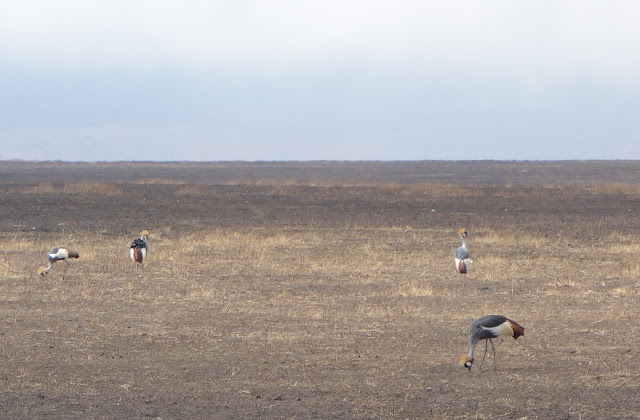 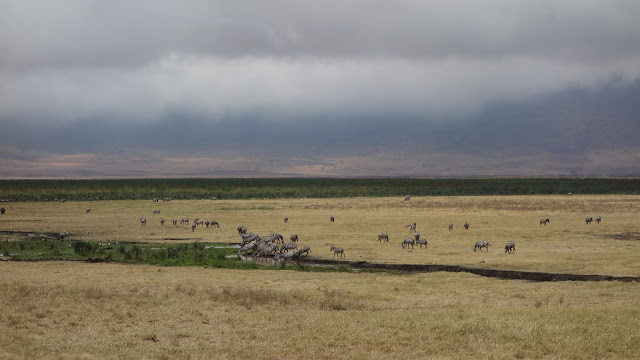 As we worked our way round the crater, we became aware of a weird weather condition which was spellbinding to watch.  The rim of the crater is about 2400 metres (about 7900 ft altitude) and is often shrouded in cloud or mist.  Any prevailing wind blows it over the windward edge of the crater and downdrafts carry it towards the crater floor.  However, it never gets there and just continuously rolls - an amazing sight. 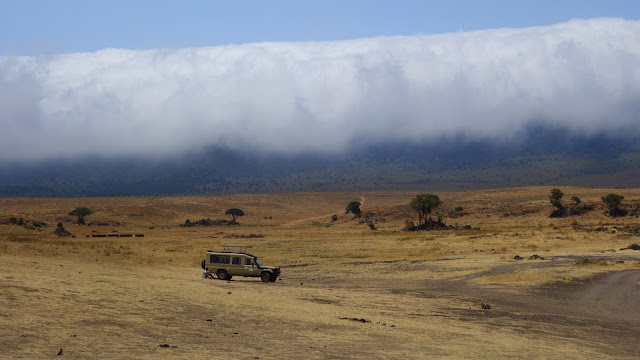 Boiling clouds over the crater rim 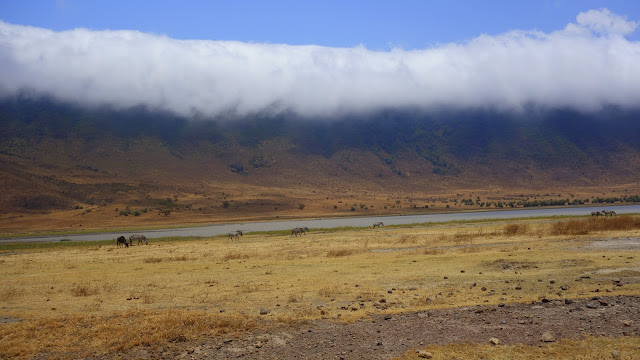 More of those cloud formations

Alas, the Crater game drive was the last of the formal activities on our safari and the following day, we would be returning to Arusha to begin the 18,000-odd km back to Auckland, NZ.  However, there were still opportunities for some good photos along the way!