A great day on two wheels

The last Sunday of the month signals the Auckland province IAM advanced training run.  For the previous few days, the forecast had been showing wet conditions which was a bit disappointing.  I don't mind riding in the rain but when you have to ride 180 km to the venue, do the assessment ride for a couple of hours and then ride home again, wet conditions do get a bit tedious!  As it happened, a high pressure weather system hung on for a bit longer than expected, allowing us to ride in warm, sunny conditions.  Even got to wear my silver and black "chick magnet" (I jest, of course!) leathers instead of the bulky cordura winter stuff.

Special thanks to Ken and Mark for some of the photos....... 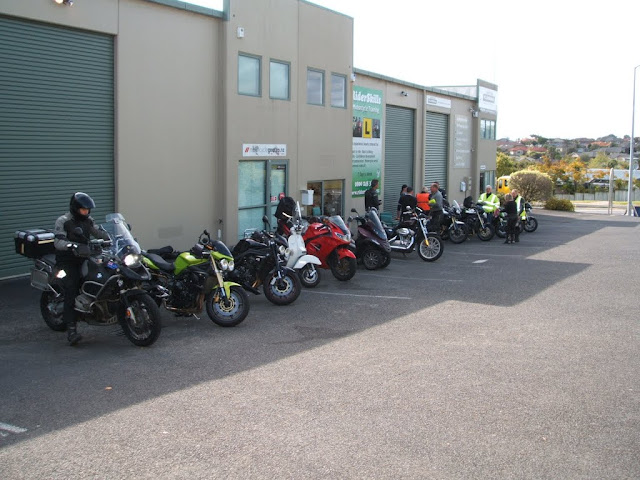 Some of the assembled bikes - a great mix 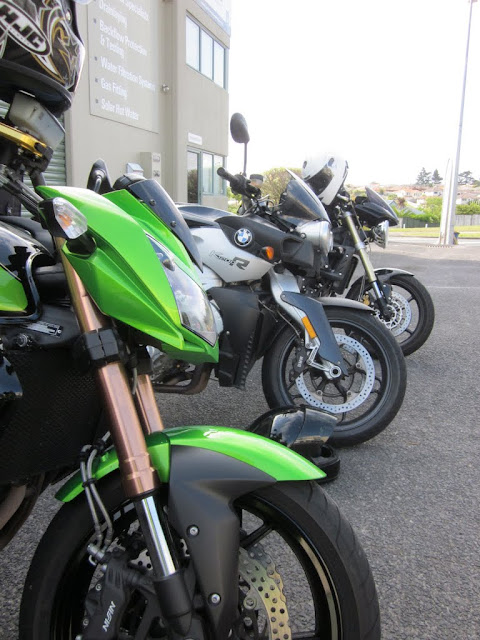 Arty-farty shot of some of the hardware.  The wicked 750 Kawasaki in the foreground is owned by Catherine, one of several recently-joined women members

It's a mark of the enthusiasm of IAM members that people start assembling at least an hour before the ride to grab a coffee, socialise and start zoning in.  The other noticeable feature of these gatherings is that although there's a lot of leg-pulling and laughter at each other's expense, there is never any unwarranted bravado.  People who join IAM know that the expected standards are so high that you have to be on your game 100% of the time and the level of support for each other to achieve that is outstanding.  The photo below is of Morne, an extremely experienced Observer who is supremely talented in giving great feedback to Associates and trainee Observers alike.  He typifies the spirit and generosity of the voluntary organisation.  There are sometimes jokes about the IAM being an organisation for "Old Farts" but that couldn't be further from the truth - look what Morne rides! 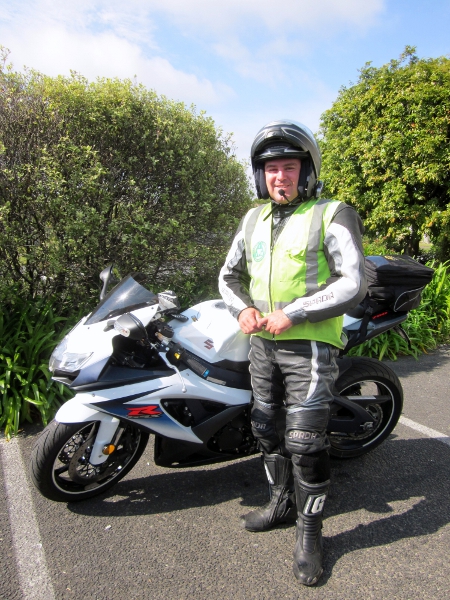 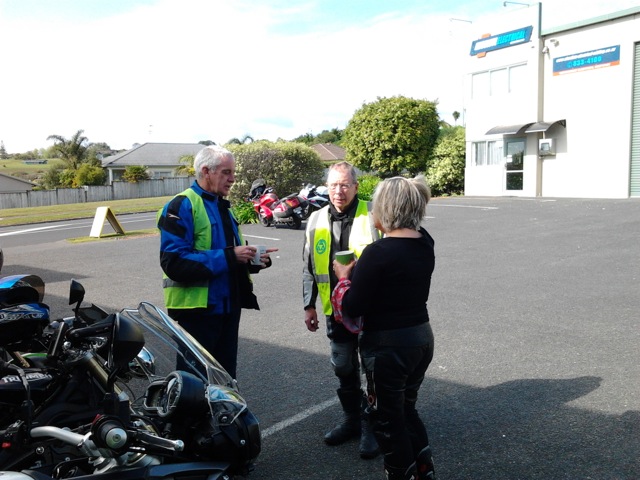 Pre-ride socialising over coffee - Mark, the writer and Kim.  We look far too serious! 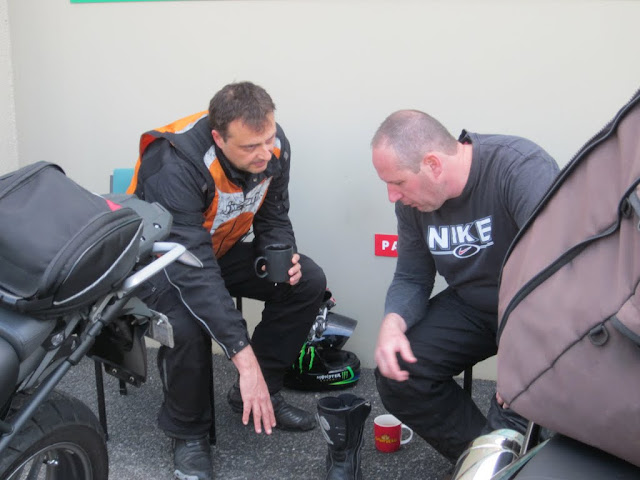 IAM Associate Brett to Roger, "Ewww....has something died in your boot mate?"

As Roger noted in his BLOG , there was an even split between Observers and Associates on this occasion so we could put in some real quality 1:1 ride time.  Chief Examiner Philip allocates the pairing, based on the particular individual skill requirements to be assessed.  I'm paired with Ian, an experienced rider who has recently sold his Honda VFR 1200 and bought a Triumph Tiger 800 adventure bike.  The ride is also for my on-going training, to meet the practical competence component of following and assessing a "quick" rider!  A major requirement of the advanced roadcraft training is what is euphemistically described as "the ability to make progress", whilst obeying normal road rules and I was really looking forward to a spirited ride!

A route was chosen with a mix of open road sweepers, tight narrow stuff and some urban work to test Ian and his handling of the new bike.  Delighted to report that it was an "A" standard ride and that Ian's pre-full membership check ride shouldn't be too far away.  It was great to ride at real pace in perfect safety on surprisingly empty roads given the great weather.  The Tiger 800 was hugely impressive.  Even on dual purpose tyres, the handling was outstanding in the tight stuff and would give a sport-orientated bike a run for its money with someone like Ian on board.  The look on his face was priceless when I told him he was within a whisker of decking his pegs through the tight stuff - he simply hadn't realised how far he was leaned over!

A wonderful day where not only do people get to have a fun ride in great company, but everyone adds something to their riding.  In my case, a well-spent 420 km.  Simply can't lose, can you?