Not a bad day at the office

It's been a while since the last post what with other activities and events that needed to be taken care of so time for an update.....

The last few days have really seen the start of summer in NZ - blue skies, warm temperatures and very little wind.  A very successful fishing trip on the boat 2 days ago with plenty of snapper fillets going into the freezer, (plus trimmings for the cats).  Yesterday was a day full of riding so what a great start to official summer!


New IAM member Charlotte asked for some assistance in refining her technique on bends - extreme positioning, using the Vanishing Point, countersteering and so on.  The timing was perfect as she's shortly due to tour the South Island so what better time for a refresher and then apply the learning on an epic journey to Hobbit country?

Up early to meet with Charlotte in the South Auckland area called Bombay, some 130 km from home.  I'll mention the southern part of the journey shortly! 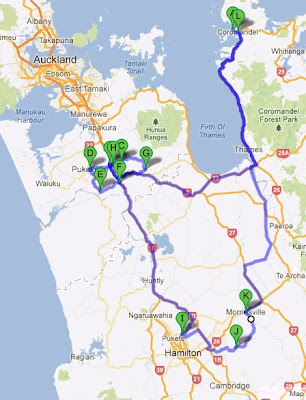 460 km for the day in beautiful weather 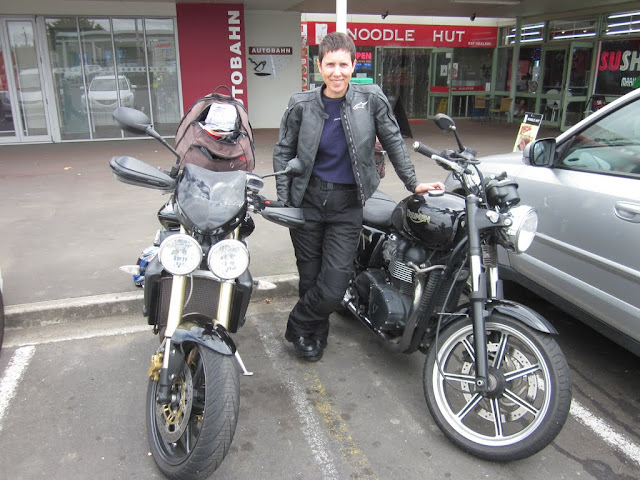 Meet Charlotte and her Bonneville


Over coffee, we discussed exactly what Charlotte wanted to revise and then discussed the plan and route we'd take.  I lead for the first part of the journey east to an area with a mix of sweepers, blind bends and terrain changes, then put Charlotte up front for the return journey.  This is where the Sena SMH 10 helmet to helmet comms set really comes into its own as you can give immediate feedback on a particular set of actions or answer a query without waiting until you stop at a later stage - far more effective.  It was clear that Charlotte had been working hard on her extreme positioning as it was excellent and the only advice was to get into position a little earlier.  Judging corner entry speed by using the vanishing point and countersteering through a range of corner profiles is simply a matter of practice but there was a noticeable improvement throughout the session.

Next came a 60 km loop in the area to observe general roadcraft which was of a good standard.  However, it's always amusing at this stage of the advanced roadcraft programme that the newer rider tends to forget some of the techniques already learned whilst trying to implement new ones due to the stress of the situation and going into mental overload!  It was only a year or thereabouts ago that fellow IAM member Roger and I were in a similar position so it's refreshing to have a quiet snigger rather than be sniggered at!  All said and done though, it's the hugely demanding programme which makes passing the full membership test such a source of internal pride.  Really looking forward to see how Charlotte develops as she has a great attitude and has made an excellent start. 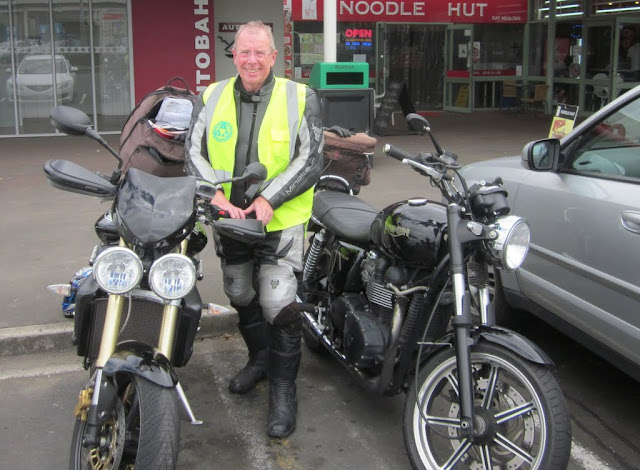 After a coaching session lasting until mid-afternoon, the normal routine would be to head home ready for a cold beer and an evening meal, but this wasn't a normal day. After saying our goodbyes, next stop was south to the city of Hamilton.  The previous day, I'd been contacted by my mentor Wayne to be tested on the 2 remaining modules of the Observer training programme.  Wayne runs a driving/riding school and is incredibly busy.  However, one of the hallmarks of IAM senior members is their generosity in donating their time to raise riding and driving standards so Wayne was happy to take me out at a time that most people were sitting down for an evening meal! 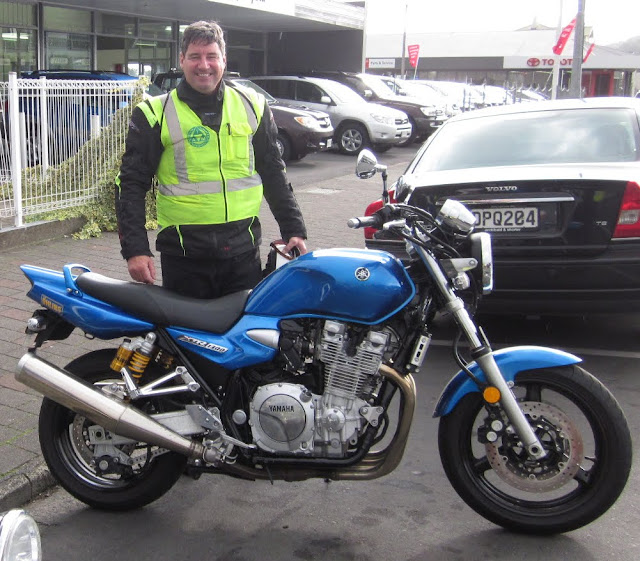 My mentor Wayne - this guy can REALLY ride!

The first step was to give Wayne a pre-ride briefing covering safety aspects, ride rules etc as that was one of the modules to be ticked off.  If it had been a trainee being briefed, the route would have also been described.  However, as Wayne is a Senior Observer and was assessing me, he already had a (challenging) route in mind. Regular readers of this blog will remember the satisfaction I recently got from setting the pace for another trainee Observer who needed to pass the "Observing a Quick Rider" module.  This was the very module I needed to pass last night so it was my turn for a bit of anxiety, mainly because Wayne is an ex-police chief riding instructor for one of the provinces in NZ!  All I'm prepared to say (with considerable understatement) is that he made me really sweat down country back roads I wasn't familiar with and it was a true test of both keeping up with him and watching for deliberate errors in his riding at the same time!!!  Delighted to report that I passed and the final steps before becoming a qualified Observer are to complete a ride observing a trainee under the watchful gaze of the Chief Examiner and then completing the written exam.  Watch this space - starting to get the jitters!

Got home at sunset - a long mentally and physically demanding day in the saddle but by golly, this sort of day is why we ride bikes, isn't it???  Thanks Charlotte and Wayne for making it such a memorable one!