Spring has sprung in NZ and a young man's thoughts turn to......  noooo - get a grip and tell the story!

Sometimes, near-serendipitous things occur which leaves one thinking, "How the heck did that happen?"  Well, a couple of events over the last week or so have ended up having that effect on me!

Regular readers of this blog will know how much I love the Street Triple which was bought new in 2009 after having ridden a Honda Blackbird for the previous 8 years.  It's done everything well..... out for a "brisk" ride with the lads, touring, mentoring advanced riding classes and is the most comfortable bike I've ever done the Rusty Nuts 1000 miles (1600 km) in under 24 hours endurance ride on.  It's also been supremely reliable - a rectifier replaced as part of a world-wide recall and 2 mirror stalks replaced under warranty due to rusting - the sum total in 6 years of ownership. The original review is HERE

The intention has always been to replace it with another Street Triple, albeit a sports "R" or "RX" version when the time came.  The light weight at 170-odd kg plus a modest seat height are ideal for someone who turns 68 this month!  There was no real hurry to replace the current bike as it's still in excellent nick but then a couple of things happened....... 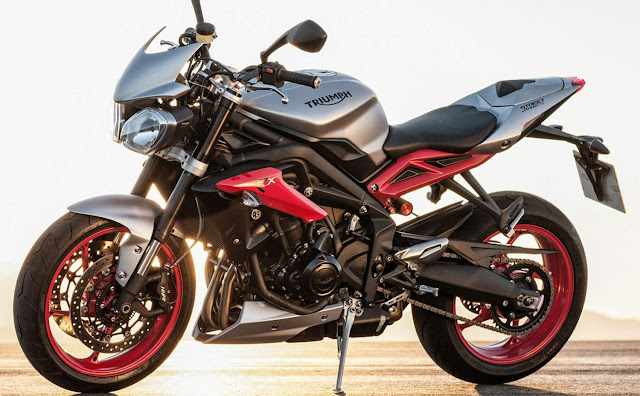 The first thing was that Executive Permission was granted to get another bike with no grovelling whatsoever (the quid pro quo has not yet been discussed though, haha).  We all know what it's like when that happens - instant perusing of the Triumph catalogue and a good deal of on-line reading about the sportier Street Triples!

The second thing that happened was reading about rumours that Triumph would be releasing an 800cc version of the Street Triple.  A few worries crept in. If I get a new 675 now, what will be the impact of the rumoured 800cc Street Triple?  If I wait for the 800, will I be waiting for a year or two and will I actually like it when it comes out?   Aargh!  The course to true love never runs smooth (errr....so they say).  The result?  Procrastination and not knowing what to do.

Now it so happens that I was at a gathering of Institute of Advanced Motoring riders and a fellow Observer turned up on a brand new fully-faired Suzuki and invited me to sit on it.  The big surprise was that as a relative shortarse at 5' 8", I could get both feet flat on the deck.  Whilst the bike itself didn't offer immediate emotional appeal as I'm more of a fan of naked bikes these days, it did open my consciousness to other options.

Fast forward to last weekend....... I was in Auckland to help run a training course and ended up sitting on the new non-faired Suzuki GSX-S 1000A in a Triumph/Suzuki dealer showroom - seat height was perfect!  Would Sir like to take it for a spin?  Just about bit his arm off!  It's quite a small bike but I was a bit nervous about the offer, particularly with the weight at 207 kg compared with 170-odd for the Triple and my knees not being in pristine condition. 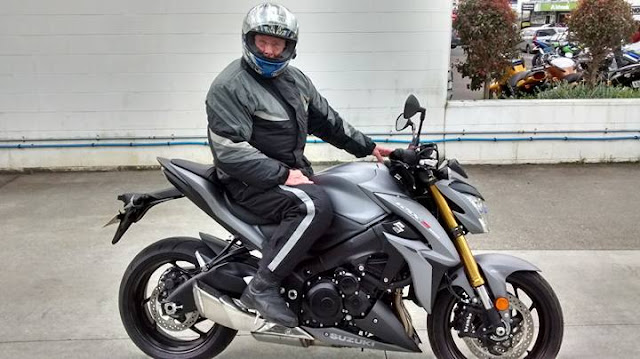 The salesman appeared to be remarkably relaxed at the prospect of letting an old geezer take out a beast with close to 50 horses more than the Triple.  He quickly indicated the essential controls and rather pointedly said that he'd set the traction control (yep, 3 stage traction control!) in Granny Mode.  Actually, he didn't use those words but would lay money that was what he was getting at.  Incidentally, if you look at the photo above, there is a black mark on the plastic just below and forward of the "S" brand badge.  There is also a scuff on the muffler which doesn't show on the photo.  These were apparently incurred by someone turning off the traction control and giving it a handful.  Maybe the salesman had every right to be cautious!

Within moments of heading out of the showroom, I was amazed at how easy the transition from the Triple to the Suzuki was - it's incredibly similar in terms of general "feel". It carries its additional weight really low so the extra kilos aren't apparent. In fact, it was amazingly similar in terms of both nimbleness and ergonomics to the Triple and it was these features which made the transition from one to the other so easy. The engine is based on the 2005-2008 GSX-R 1000, which has more torque than later versions, but with modern engine management electronics and a brand new rolling chassis to carry it.  The engine produces about 145 ponies, traction control (4 including turning it off!) plus ABS to deliver power and braking in a relatively sane manner.   The term "sane" is relative as the first twist of the wrist up the motorway would have had the Long Arm of the Law doing more than frowning if one had been around.   The acceleration was absolutely ferocious.  Radial 4 piston Brembos brought a bit of sanity to scrubbing off speed though!  Filtering through traffic in urban areas was just like being on the Triple - no drama whatsoever.

To cut the tale short, I came back with a grin a mile wide and put a deposit on one.  Had the choice of electric blue (too much like the old Blackbird), red and black (does nothing for me) or matte metallic grey.  The latter was perfect - understated menace and unlikely to attract unwarranted attention!  Picking it up later this month when the new shipment arrives. 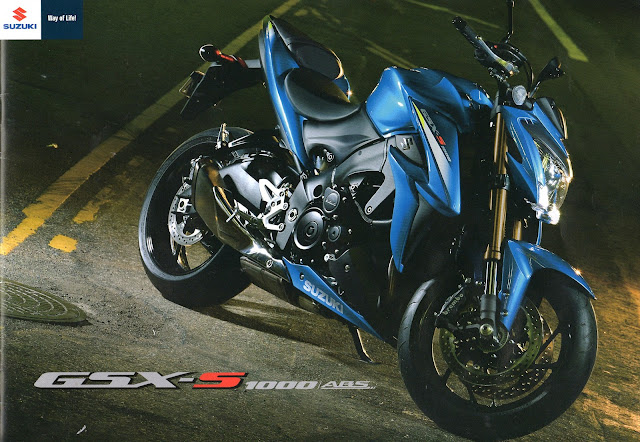 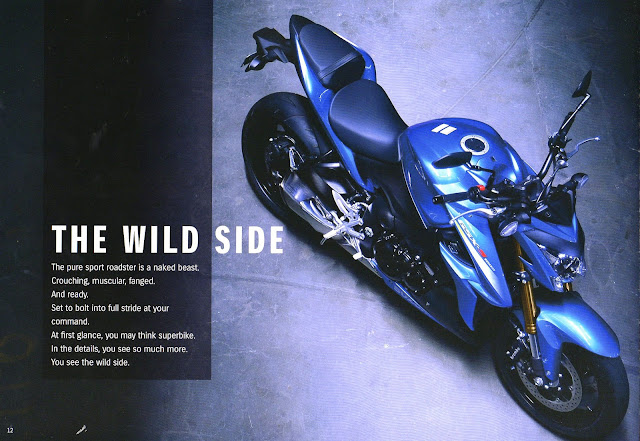 The beastie from another angle (Suzuki brochure photo)

Must say that getting a new bike right now took me by surprise and buying a Suzuki was an even bigger surprise, but the test ride really was that good! . I think it will be the right choice for my current circumstances.  I'm certainly not discounting a return to a Triple if and when when Triumph release the 800 (rumour late 2016 or 2017) but the Suzuki should be fine for now.  I'll be putting the Triple up for private sale in the near future.

I found a review of the Suzuki from a UK rider on YouTube.  His language is pretty colourful but is in context with his surprise as to its performance and is relatively amusing.  I'd like to think that my riding standard is a sight better than his though!  Maybe the test got to him.  Maybe the test got to me, haha!

When I've had the Suzuki for a week or two, I might put a post together comparing it with the Triple and some overall impressions.