After the time spent mooching around in Nelson described in part 1, it was time to head towards Golden Bay.  A quick stop in Mapua for lunch which was once a sleepy village but has transformed itself with nice cafes and shops with an arty theme.  We were quite taken with the Mapua ferry which runs between the village and nearby Rabbit Island.  More like box than boat. 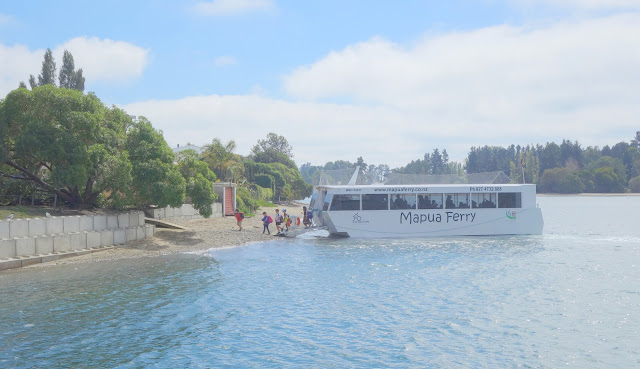 Mapua ferry dropping schoolkids off in front of the local houses

To get to Golden Bay by road, one has to negotiate the Takaka Hill.  Nirvana on a bike but hard work in an SUV and tough on those with a queasy stomach.  Approximately 35 km of continuous twisties rising to around 800 metres above sea level.  With the Abel Tasman National Park mountains on one side of the valley and the Kahurangi National Park mountains on the other, the descent towards Takaka is breathtaking.

The descent towards Takaka 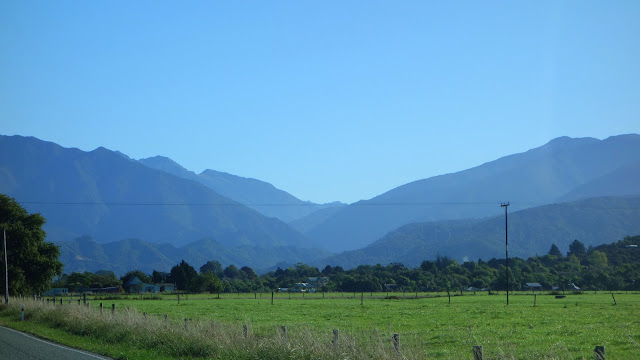 The area is known for its alternative lifestyle community and a strong focus on the arts.  Dreadlocks are common, as is hippy type clothing.  Many Germans make a pilgrimage here, probably due to a strong German presence which began in the 1800's to avoid Lutheran persecution in their homeland.

We were heading for the small beach settlement of Pohara.  Jennie and I were last there in 2001 and we had booked in at a very special place we stayed at back then - Sans Souci Inn . Owners Vera and Reto Balzer built it using adobe/straw construction, grass-covered roofs and other ecological features, including a communal bathroom and composting toilets!  The latter features are really no big deal and add to the utter charm of the place.  It only has 7 bedrooms so there's a very strong personal touch. They even have a heritage orchard of non-hybridised fruit and the guests may help themselves. Quirky and utterly charming - we loved it to bits the first time and nothing has changed. Very glad we made a return visit! 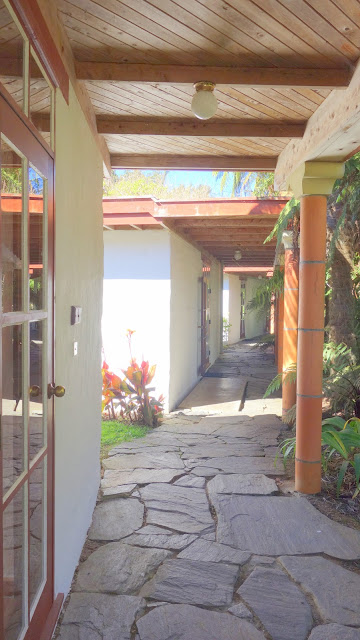 Schist-covered walkways to the rooms 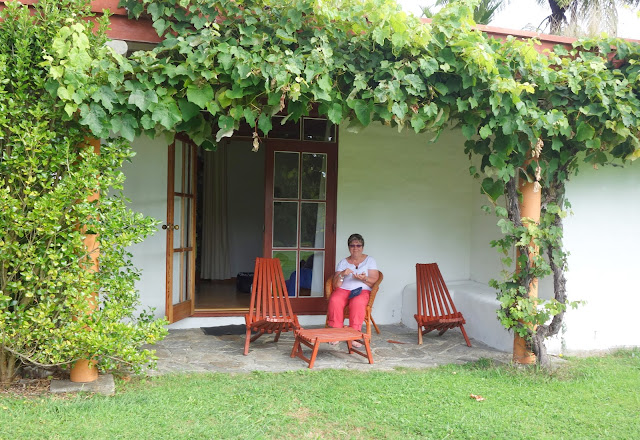 Jennie chilling at our adobe unit - grapes handily in reach! 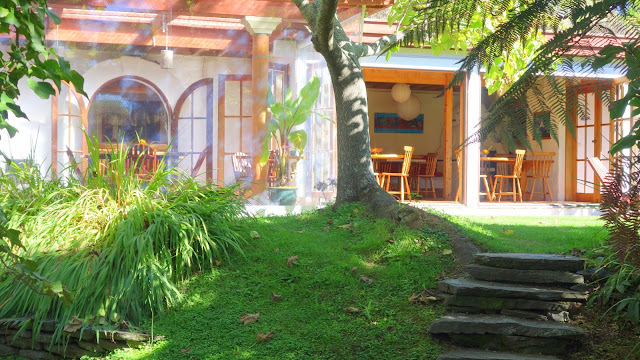 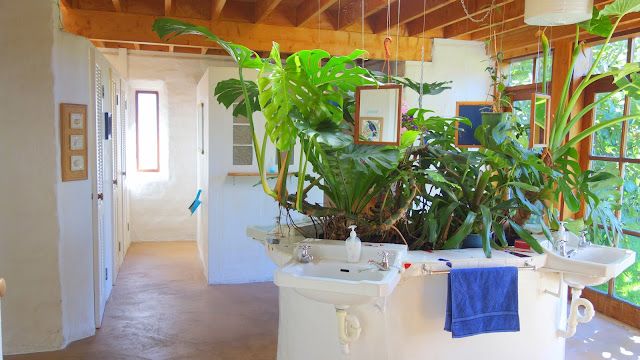 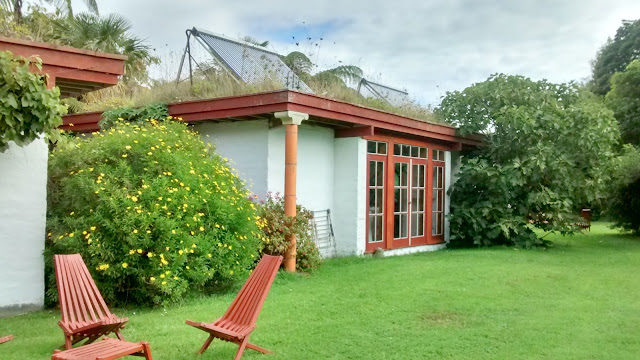 The following day, we went exploring.  Takaka is a delight and as it was market day, it was a good opportunity to take in the sights. 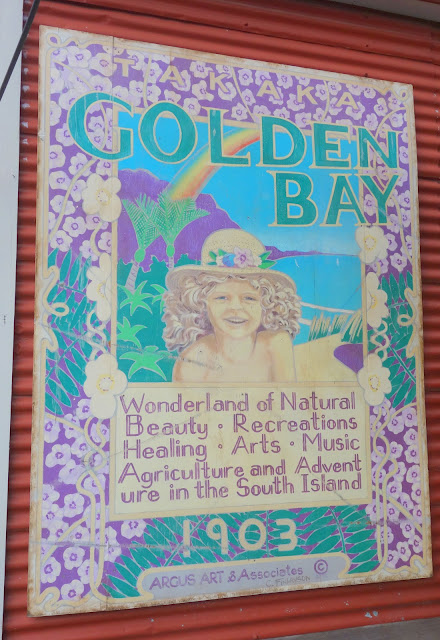 Wall mural - says it all really! 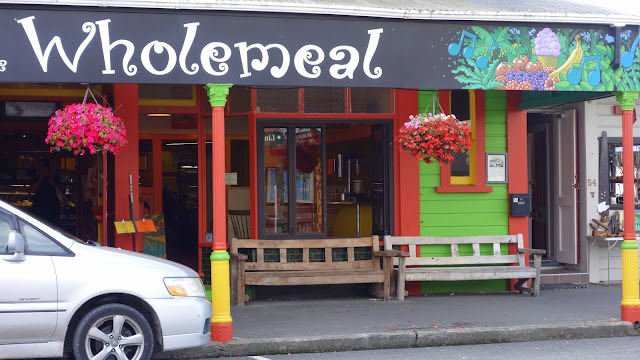 One of the many colourful eateries catering for all tastes 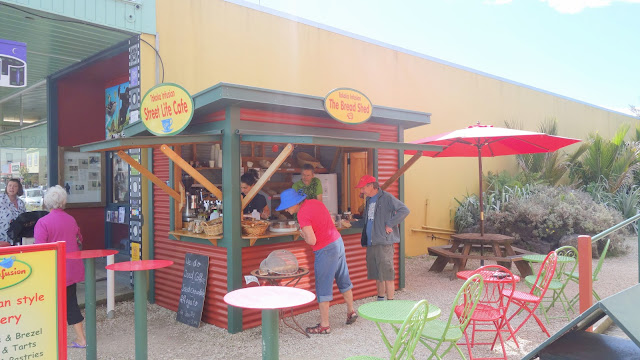 Coffee and artisan bread anyone? 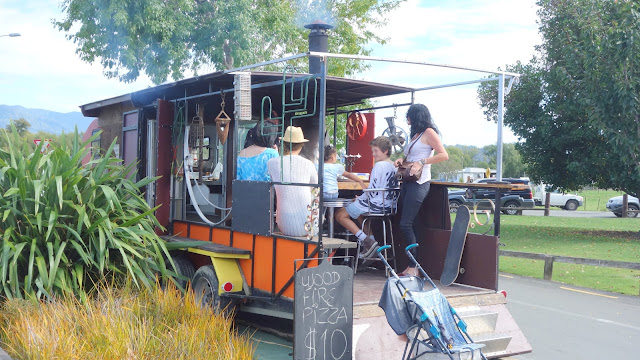 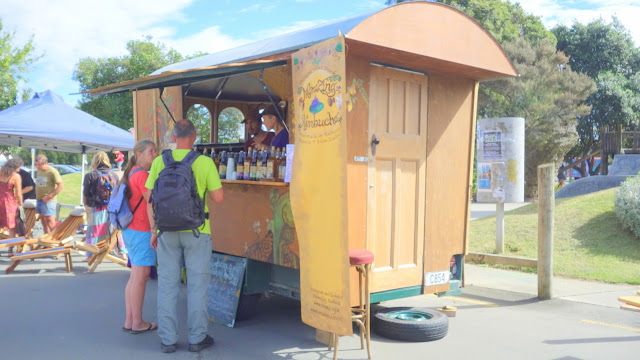 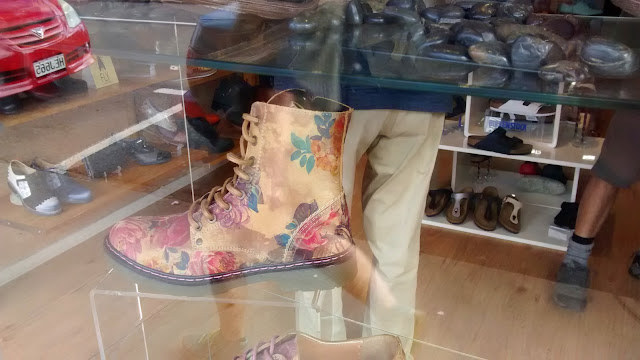 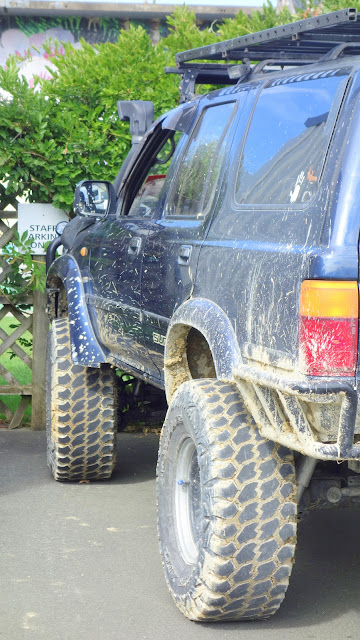 Local 4x4 for fording rivers - not your city slicker type! 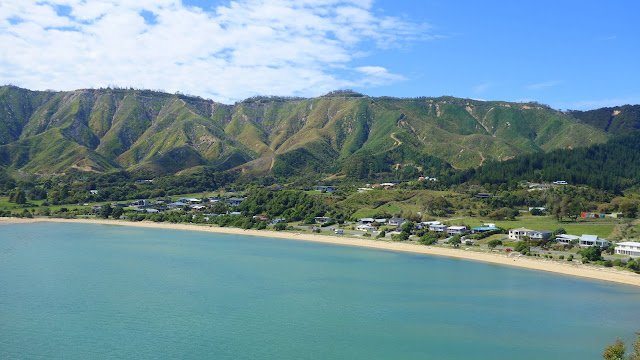 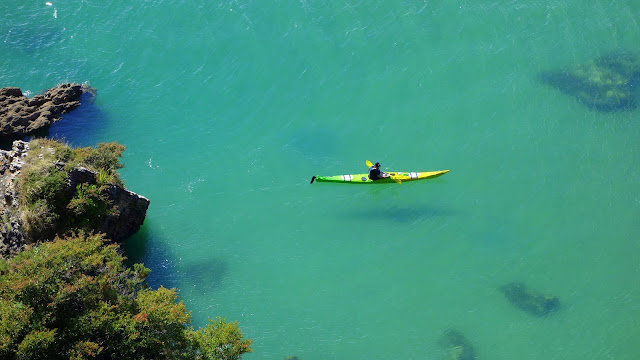 Arty shot from the Abel Tasman memorial - seems to be suspended in the air! 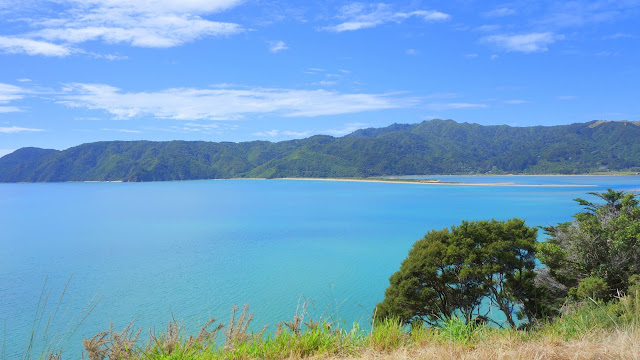 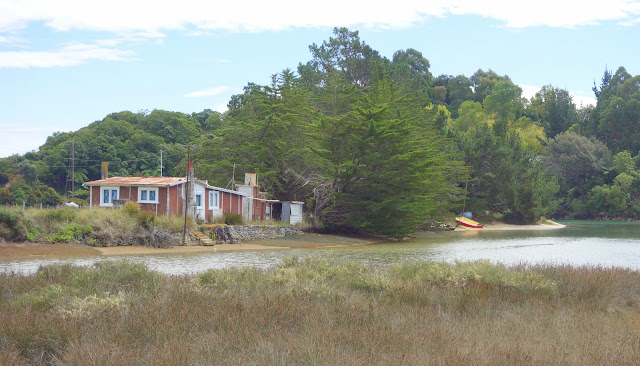 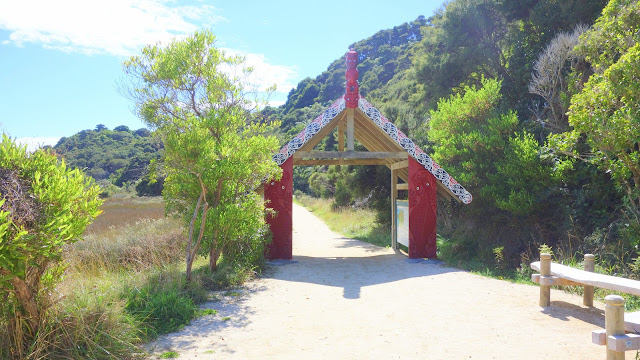 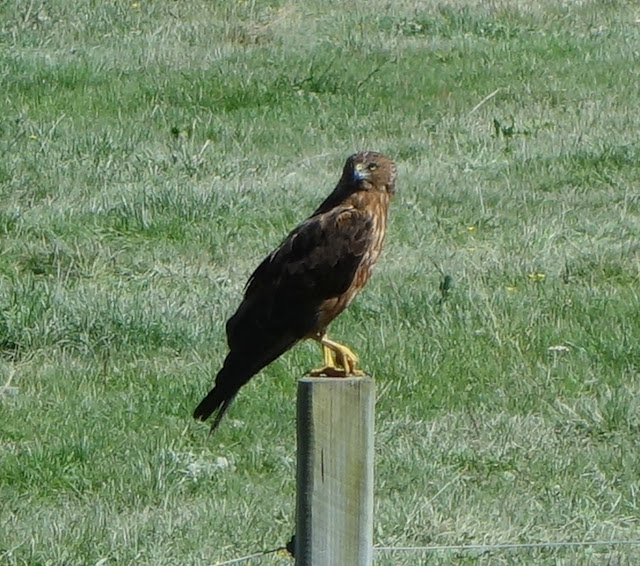 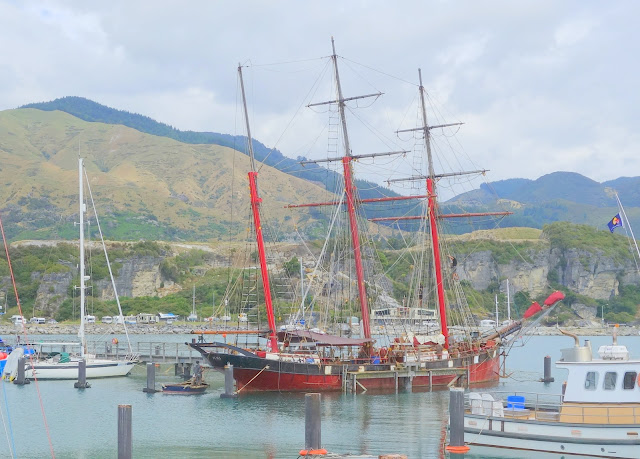 Sometimes, being at the bottom of the world in NZ seems a long way from all the action and other cultures but with all the current unrest in the world, there's a lot to be thankful for its isolation. Similarly, a country roughly the size of the UK but with only 4.5 million people means that outside the big cities, there's room to breathe and that's what makes it a motorcycling paradise.  The next post covers our visit to a very special place!