A bit of variety

There's been plenty going on in our neck of the woods over the last fortnight.  With national school holidays, pretty nice weather and no lockdowns, families have been flocking into our area which is a popular tourist region.  Good for the economy, even if the number of stupid people on the road also increases.  There have been a couple of events too.  One was the annual Illume festival where the village is lit up at night, as indeed are the locals together with a lovely firework display.  Pretty darned good for a static population of around 1600.  The photos are ones I took a couple of years ago as I didn't bother this year.  The fireworks were taken from our deck, about 1km away from the action. 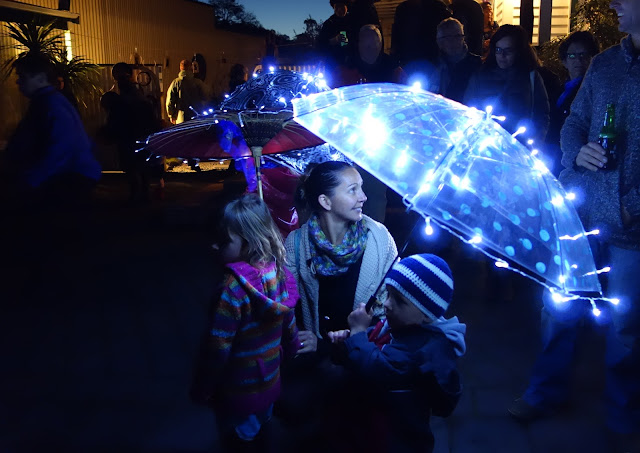 Family fun with an umbrella 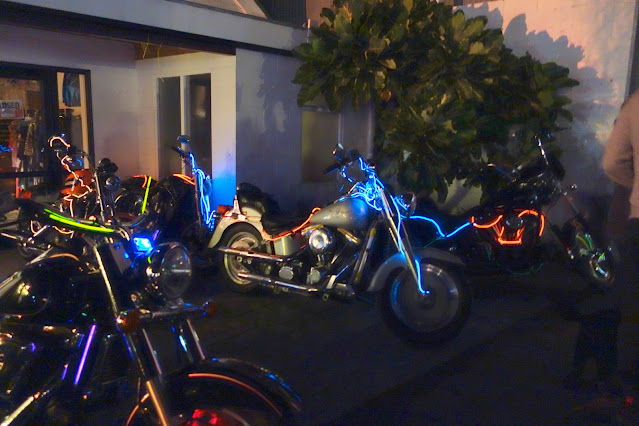 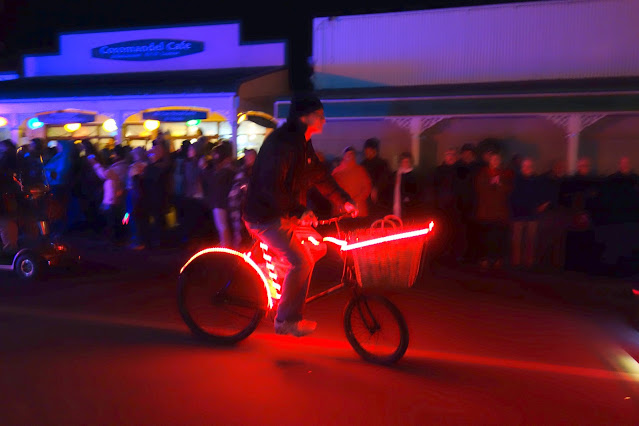 Shane, the local butcher on his bike 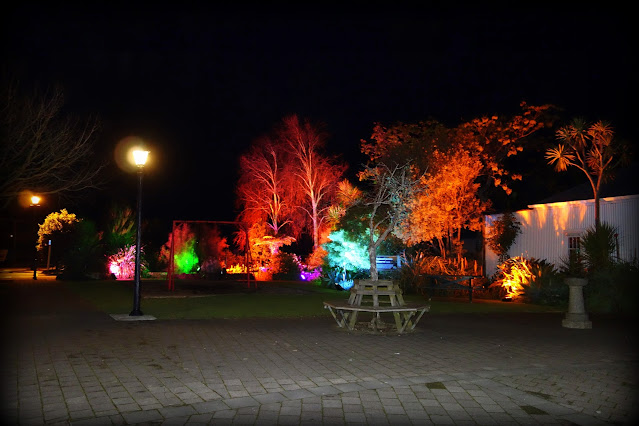 Trees in the village 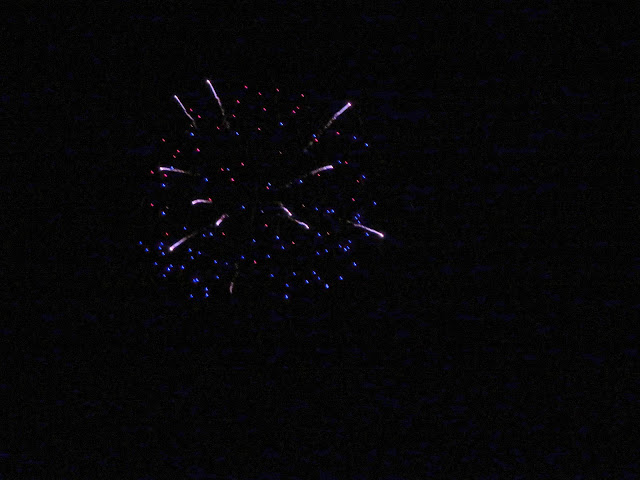 It was also the commemoration of the 200th anniversary of the visit of the Royal Navy ship HMS Coromandel, after which the village was named.  Naval vessels visited Coromandel and other northern locations on a regular basis to harvest Kauri trees which were knot-free and made wonderful spars for their sailing vessels.  You could call it rape and pillage of natural resources but we won't go there! 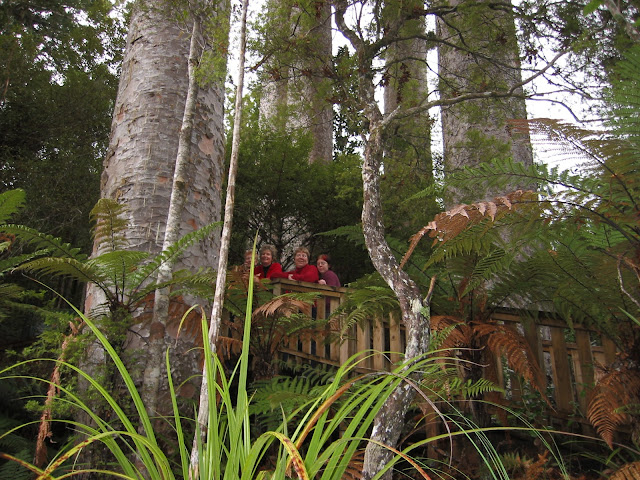 Kauri trees near our place

Anyway, to mark the occasion, there was an unveiling of a seriously cool commemorative sculpture.  A young local artist made a representation of HMS Coromandel with a ceramic hull and stainless steel sails.  It was housed in a glass case made to look like a ship in a bottle and the timber surround was made from floorboards from the 1800's local settlers hall when it was recently refurbished.  Pretty darned nice! 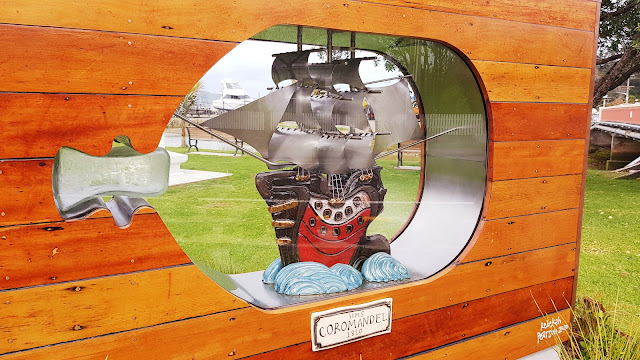 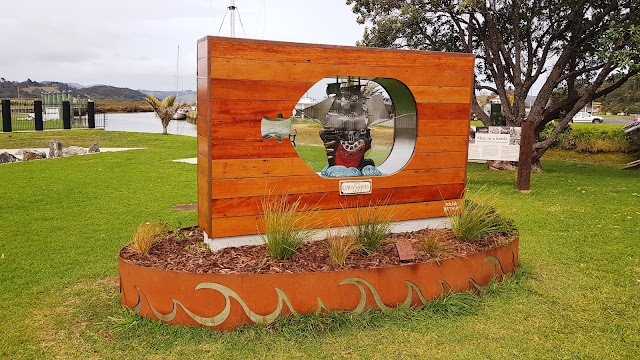 The climate in Coromandel is benign and the number of (slight) frosts we get in winter can easily be counted on one hand.  It's a perfect climate for growing semi-tropical Bromeliads in the garden.  Two large examples which we planted 5 years ago as just small plants have just developed flower spikes for the first time.  They haven't opened yet but I'm worried that they might turn out to be killer Triffids as per John Wyndham's 1950's post-apocalyptic horror story!  That aside, they're looking pretty cool. 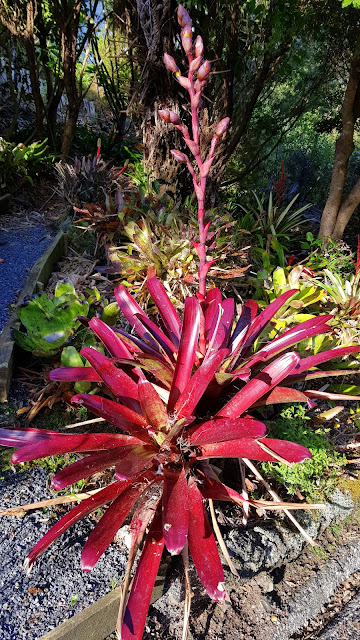 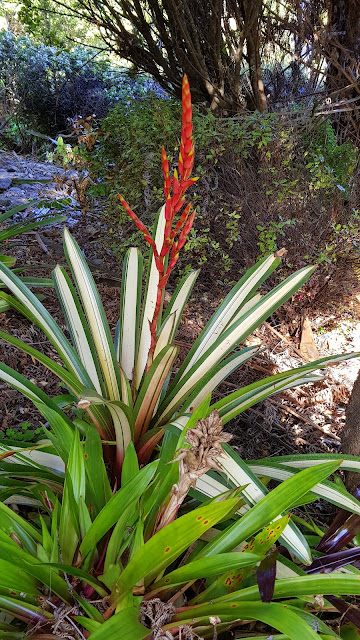 Motorcycles haven't been forgotten though.  Just over a week ago, I took out a serving Highway Patrol Officer for his Advanced Roadcraft Test.  Trevor drives a patrol car in NZ but in the UK, he was a Class1 motorcycle cop - the best of the best and it showed!  It was a near-flawless ride with a running commentary to match and boy, could he make his ST1300 shift down twisty, narrow country lanes.  Made it look easy, which it wasn't of course.  A really nice chap and a joy to spend the the day out with him - it's a tough life!  He just rides in his spare time here and owns several modern "classic" cars and bikes. 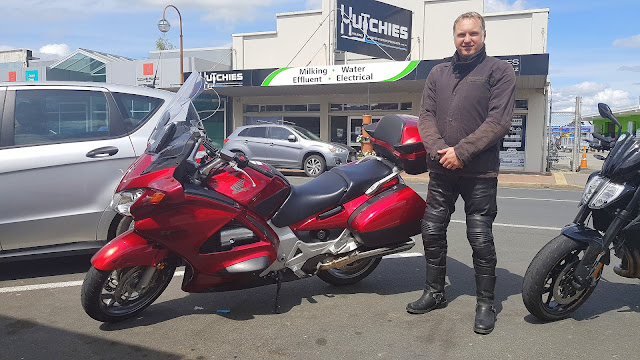 Saving the best until last, yesterday was supposed to be an IAM monthly meeting where we do some coaching or go for a spirited social ride in the back blocks.  I should have smelt a rat when Jennie asked me a couple of times during the week whether I intended to go!

Rocked up at the meeting point cafe some 100 km away and not only were there members from our local group there but a bunch of them from Auckland too.  The common thread was that over the past few years, I'd either coached them directly or had a hand in coaching them to pass their advanced qualifications.  STILL DIDN'T CATCH ON!  It wasn't until my good mate Tony stood up and said that we were all going to have a social ride together on the 200 km Coromandel Loop as recognition of our long association.  Apparently, my face was a sight to behold!  I felt pretty humbled and we had a wonderful time riding one of the great north island motorcycle routes together.  We even stopped at the Coroglen Tavern for lunch.  Not for a beer, but so that I could enjoy my all-time favourite scallop burger!  The ride finished on Coromandel Town wharf, only a few hundred metres from home which was just perfect.  What an incredible day and I'm really privileged to have mates who would do something like that.  Must have a bit of dust in my eye or something..... 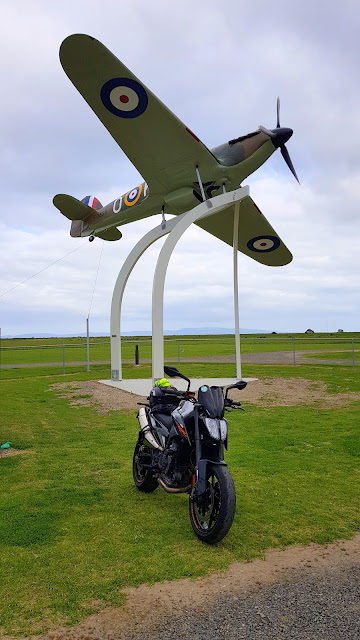 Memorial to Sir Keith Park, a Kiwi who played a major role in the WW2 Battle of Britain 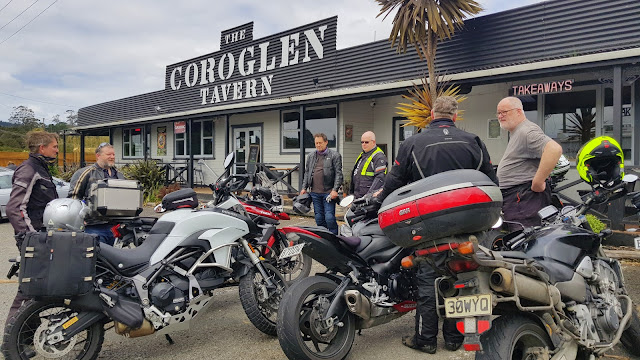 Arriving at the Coroglen Tavern 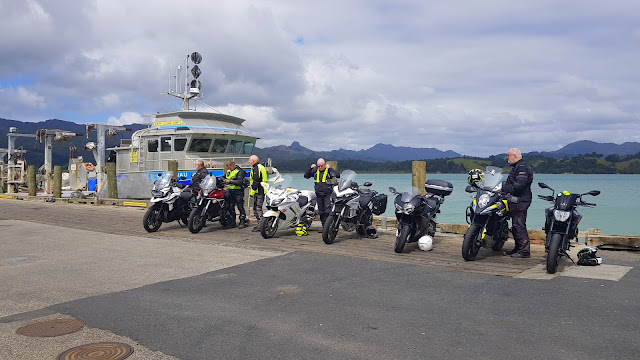 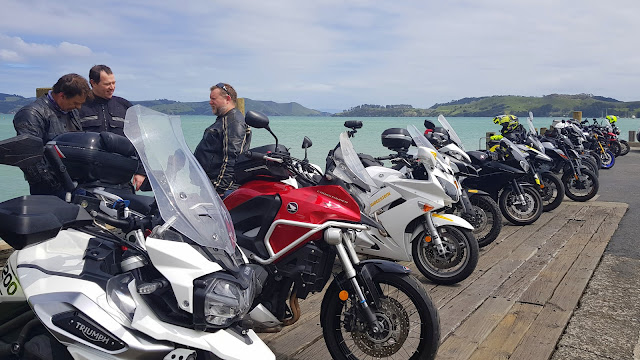 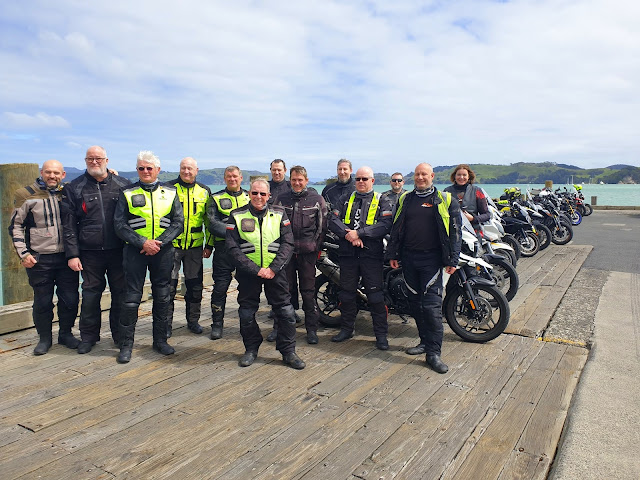 Some old geezer front and centre with great mates
Posted by Geoff James at 17:14