It was 10 years ago to the month when I joined the Institute of Advanced Motorists as a means of upskilling and prolonging my riding career in a safe and fulfilling manner.  The blog has documented the road to being coached in Police Roadcraft, passing the IAM Advanced Test, then further training and tests to become an Observer (mentor) and an Examiner 4 years ago.  All that was due to well-known US motorcycle safety author David Hough emailing me in 2010 having seen an article I wrote and pricking my conscience.  Certainly a fantastic outcome and I've tried to pay it forward as thanks to all those people who put their time into making me a better rider.  A real win-win if ever there was one.  Made some wonderful lifelong friends too.  One of them and fellow IAM member, Tony, turned 57 a week ago and we celebrated his birthday with a 200 km brisk scamper round a biker nirvana on our doorstep; the northern Coromandel Loop.  Being a Monday with all the visitors having gone home, we virtually had the road to ourselves in warm, sunny conditions.  Absolute heaven! 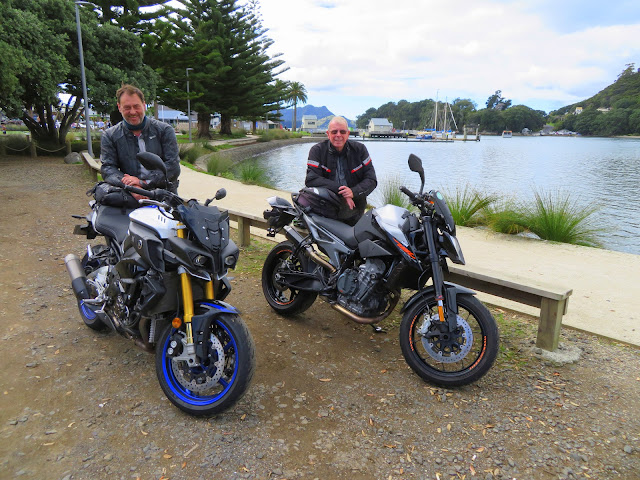 However, I'm 74 later this year and still love riding.  Whilst there are no concrete plans to stop, I'm becoming more comfortable with the idea of not riding as I've had such a great length of time on 2 wheels.  I'll be retiring as an active IAM member at year end, but will still ride socially, at least for a while. Whenever the time comes to stop doing something that has consumed a large part of our lives, I reckon it's really important to have a fall-back interest to keep us mentally and physically active. I have a reasonable range of other interests.  None of them would replace motorcycling on their own but the mix would probably be an acceptable substitute.  Annual international travel was also regular until early 2020  (Wuhan in July 2019!) but that's come to a grinding stop.

Competitive sailing was once a big thing in my life but that requires a high degree of physical fitness.  Not interested in just cruising. We have a runabout for sea fishing as it's something which Jennie and I can do together.  Unfortunately, it hasn't been in the water since last November due to weather, tides, other commitments and so on.  Note to ourselves - just make time and stop procrastinating! 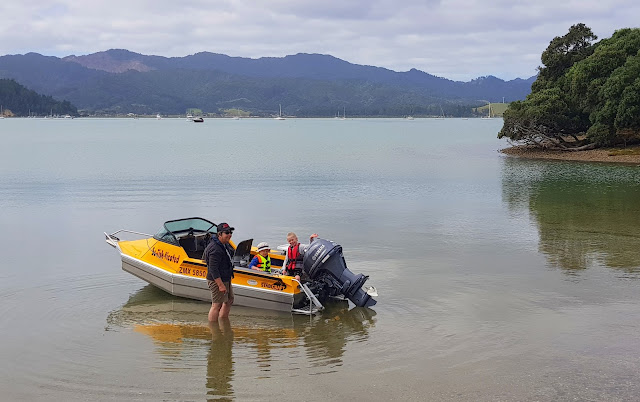 Jennie and grandkids with the Stabicraft 1410 So-fish-ticated
Four-wheeled vehicles have always occupied a distant second place to bikes when it comes to fun but I've had the odd thought about a Lotus 7 replica as a motorcycle replacement.  However, whilst it's a nice thought, it probably wouldn't get used a whole lot and could be a pain to get in and out of  as we age more.  Probably not going to happen.  We have a 2005 RAV4 which we use for launching the boat and general towing duties or travelling on dirt roads around the peninsula.  It's bullet proof, owes us nothing and should serve its purpose for a few more years yet, albeit something that's not exciting, merely utilitarian.  Jennie has a 5 year old Honda Jazz RS which has only covered 30,000 km and is perfect for longer hauls in comfort, not to mention surprisingly good performance and handling.  Little point in replacing that either. 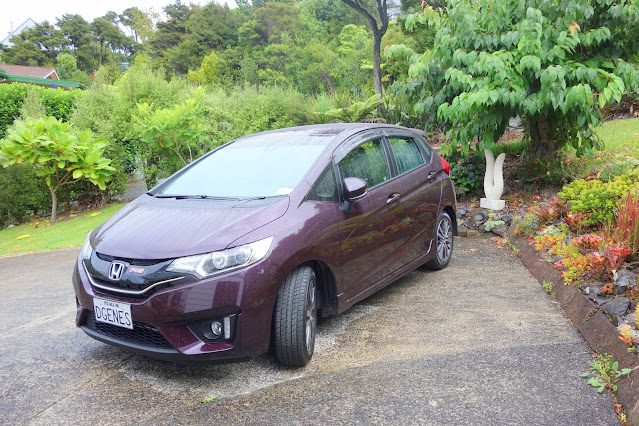 Pocket rocket - the Jazz RS
Real first world problem isn't it, so hardly a big deal in the scheme of things but nonetheless, having another fall-back interest is still an important issue to keep mind and body functional.  I can actually see an e-bike in my future. There are lots of hills in our vicinity and an e-bike would overcome the shortcomings of my 30 year old mountain bike and ageing body.  Also, Jennie has hinted at something that we could enjoy together and isn't so weather dependent (or on age, come to that!).  Our near-neighbours of a similar vintage have a 1950's MG TF classic car which they head off in regularly for an adventure somewhere.  The hint was that we might look at buying a classic car of some sort.
Since that throwaway comment, I've quietly looked at what's available in NZ and have found very little with that emotional appeal which has been an important factor in buying my bikes.  Well, to qualify that statement; nothing much below where we would need to spend quite a bit of money to buy cars such as a good 60's Mustang or a more modern Cobra replica.  Not a show-stopper but probably unlikely in terms of guilt through spending part of the kid's inheritance!  However, there is one British car from the 60's that I've always liked which isn't ridiculously expensive and wouldn't mean massive amounts of time spent keeping it on the road.
Followers of the UK TV comedies Mr Bean or Only Fools and Horses will remember the ghastly 3-wheel Reliant Robin vehicles which featured prominently in those programmes.  Mention the name Reliant and that's what will always spring to mind for most people.  However, they uncharacteristically produced a vehicle with exceptional performance for the time.  That car is the Reliant Scimitar GTE (or even the coupe version).  This is it..... 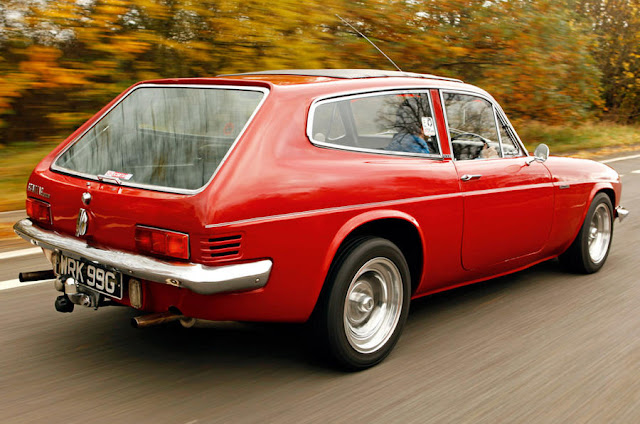 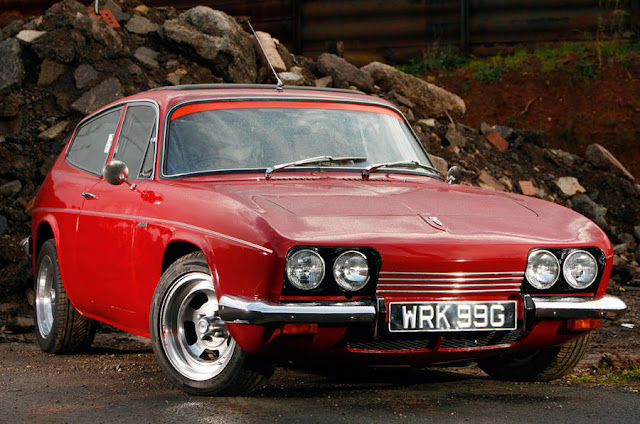 1967 Scimitar Coupe (file photo)
With a fibreglass body and a number of UK Ford engine options including a 3 litre V6, it should be relatively reliable and easy to maintain.  The looks appeal to me but that's getting well ahead of things.  I now need to think a bit more seriously about whether a classic car is going to be of sufficient attraction to help keep mind and body active in the coming years.
I hope that this post hasn't been too boring.  The main purpose has been to articulate the thought processes of  "a person of a certain age" to stay mentally and physically stimulated in the future by having fall-back interests to replace the main passion of riding motorcycles for approaching 60 years.  Something that most of us will need to consider at some stage in life, even if motorcycling hasn't been the main passion.