Last week was 60 years since the first MGB rolled off the production line.  The Auckland chapter of the MG Car Club marked the occasion yesterday with a drive-in for MGB owners with the hope of having at least one car of each year and variation - MGB Roadster, GT, 1800cc, V8 etc.  Jennie and I decided to do the 360 km round trip to represent 1972 and to meet other members, seeing as we live out in the boondocks!

A great drive to Auckland using twisty country roads, with city driving for the last 15-20 minutes - perfect!  In lovely spring weather, close to 100 MGB's turned up, plus a handful of older models from the 1940's and 50's - amazing! 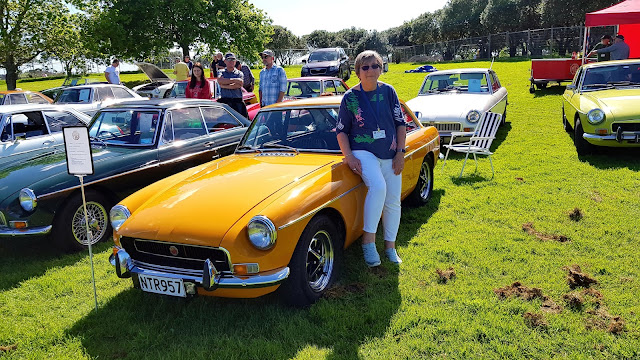 There was even a vary rare Costello MGB V8 in attendance.  Back in the 1960's, enthusiasts pushed hard for a V8 version to complement the 1.8 litre 4 and the 3 litre straight 6.  Senior executives at British Leyland were adamant that this was not feasible.  Enter Ken Costello who was an engineer and successful race car driver.  In 1969, he shoehorned a Rover P6 V8 into an MGB chassis which was favourably reviewed by the motoring press.  He decided to put it into production which inevitably attracted the attention of British Leyland.  BL started producing their own version in 1973 which effectively killed off the engine supply to Ken Costello.  Incredibly, BL didn't consider selling the V8 to the US market which I guess was a good example of poor decision-making endemic in the British motor and motorcycle industry at that time. A V8 example
The 3 litre straight 6 was somewhat problematic because of indifferent handling when it was first launched and production only lasted for a couple of years. 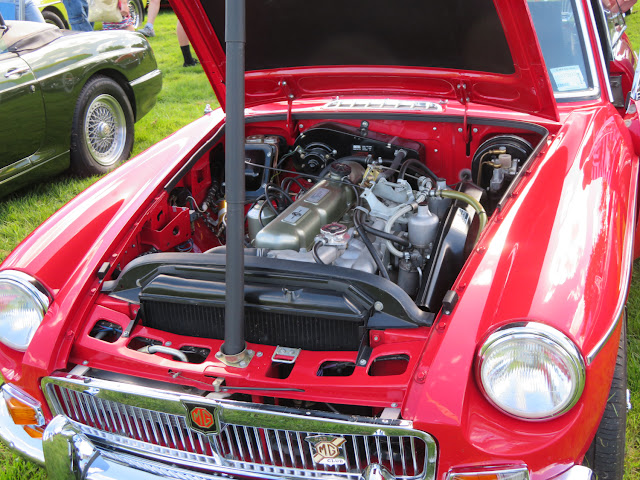 The MGC 3 litre straight 6
The following photo shows a metallic blue V8 which I wish I'd paid a bit more attention to the detail of in retrospect.  It had clearly undergone a major (and phenomenally expensive) ground-up rebuild with the interior completely modernised as shown by glimpses of the bucket seats and roll cages.  Everything under the bonnet was polished alloy and chrome and someone remarked that the engine put out about 380 bhp.  Not a classic restoration but it was a real work of art. 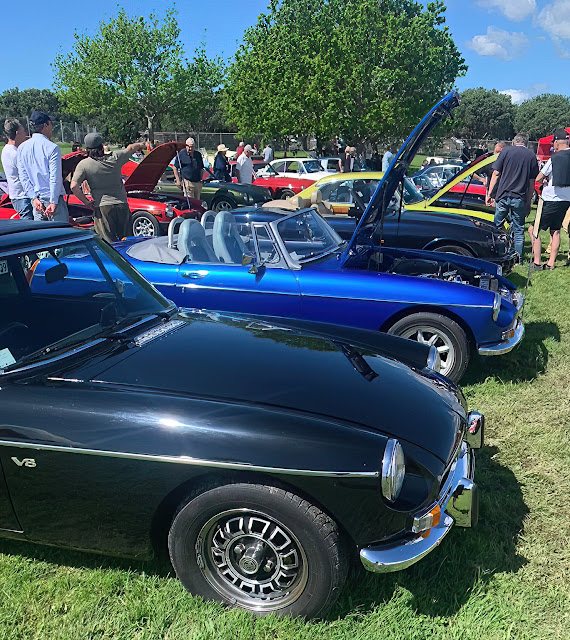 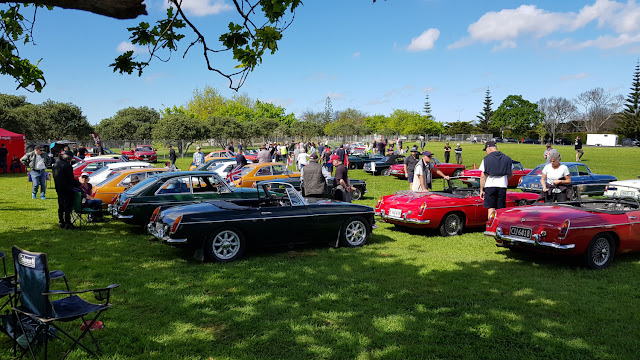 Some of the MGB's on display
MGB's of all sorts are active in classic racing and in the photo below, a number of them are on display at the left end of the line-up. 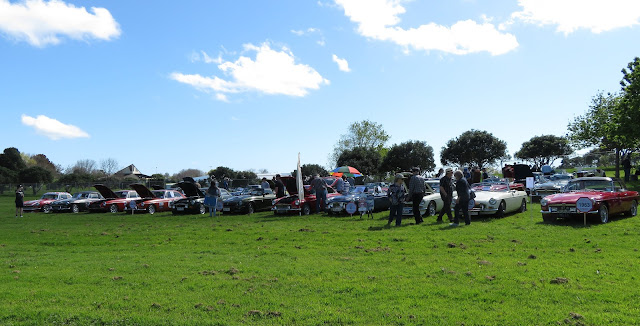 Part of the line-up including race-prepped versions
Other members of the MG car club turned up in their MGA's and older T-series cars which made for a colourful spectacle.  Considering that there are branches of the MG Car Club in many other regions of NZ, it looks like the future of this make is in good hands. 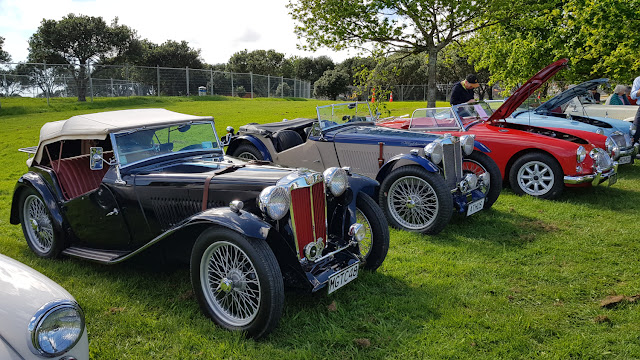 T-series MG's and MGA's - beautifully restored
Just as we were about to head home, who should turn up to have a look but my Institute of Advanced Motorists mentor Philip McDaid, who coached me from someone who thought he could ride but couldn't, through to an IAM Examiner in the space of 6 years.  As well as his voluntary work with IAM, Philip runs the renowned Riderskills motorcycle training school in Auckland.  Unquestionably, the best rider and coach I've ever encountered, as well as the most ego-free.   All in all, a wonderful day and kudos to the organisers for putting it on. 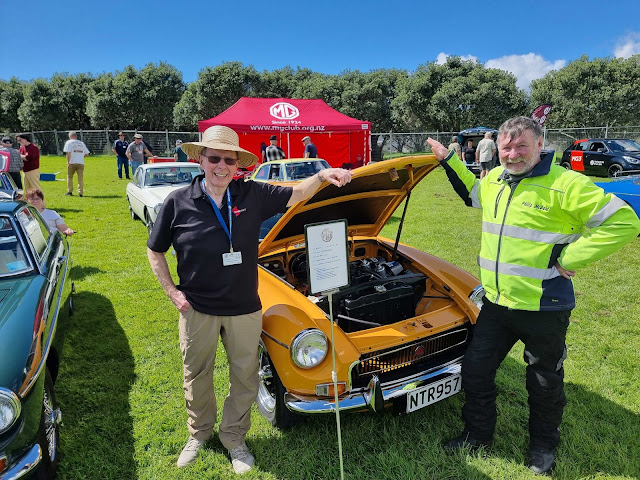 Yours truly and Philip McDaid
Posted by Geoff James at 13:20