Like most people, we've got boxes and boxes of photos from pre-digital camera days.  Some are so awful, not even our kids will get to see them until we've croaked it.  Some of them make me wince but I'm prepared to make an ass of myself in the (faint) hope that other bloggers will be stupid enough to follow suit. 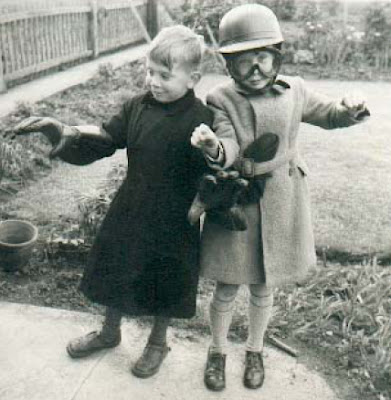 Me, in Dad's helmet and goggles, aged 5 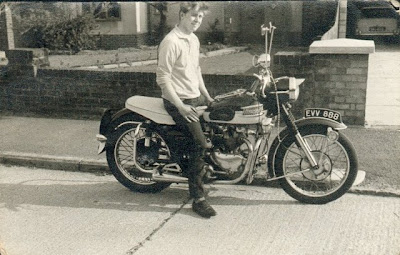 Looking back, it's amazing how often I changed hairstyles and clothes - probably no different from most young people then and now .  Hard not to blush looking at some of them.  I think the following photo was taken in 1968.  Rushed home directly from work without changing for a photo and article in the local newspaper about my Mk 1 drag bike. 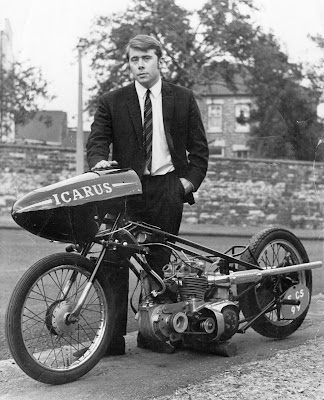 At the dawn of the 1970's, clean-cut was out and hairy was back in.  The photo below was taken in 1970 at Santa Pod Drag Strip, UK.  The item I'm holding is a bent pushrod from the Mk 2 short-stroke drag bike.  The alloy pushrods didn't take kindly to violent cams and heavy valve springs but titanium replacements did the trick!  In the way that only true friends can have a sly dig at a mate, one of them reckoned that I looked like an extra from the original TV series, the "Avengers".  It's ok to snigger, honestly! 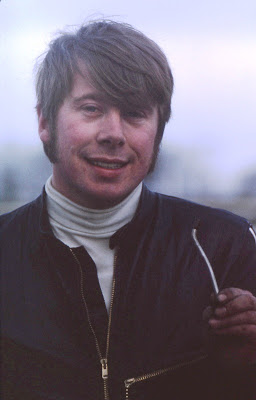 The next photo is a non-motorcycling one taken in 1975 within a few weeks of emigrating to NZ.  Only noteworthy for the mid-70's male fashion sense (or more accurately, a complete lack of it).  Dear God, what was I thinking of???  The photo was taken at a geothermal area in NZ - I should have jumped in.  Anyone remember the Weston Master camera exposure meter hanging on my front? 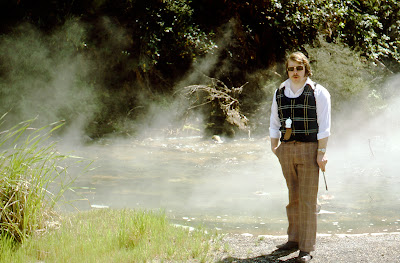 The following photo was taken in 1987 after a decade and a bit without a bike whilst building a career and raising a family.  The Honda GB400 TT was an impulse purchase and Jennie was less than amused (an understatement).  At least it scratched the motorcycling itch! 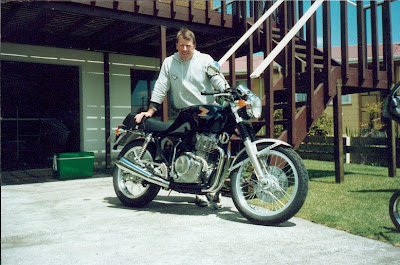 This photo was taken in the mid-90's when I owned a BMW K100RS.  Our eldest son was very keen to own a bike and after a period riding a small trail bike on forest fire breaks to build his skills, his mother grudgingly gave permission for him to get a road bike.  Mercifully, she remained ignorant of just how quick those Suzuki X7's were! 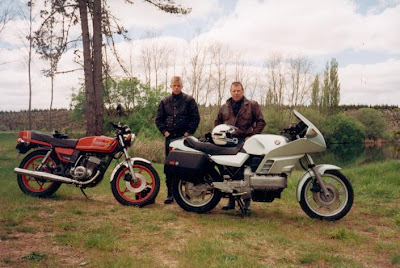 The next photo was taken in 2005 on the edge of winter whilst waiting for the ferry to take us to the north island.  I was taking part in the Southern Cross round NZ in 5 days endurance ride.  Approximately 4000km of low-flying! Quite an experience, contributing to hair loss I'm sure. 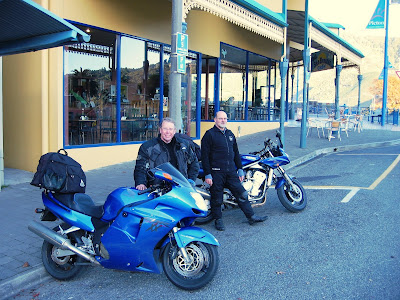 The final bike shot was taken last month whilst setting off for the 1000 miles in 24 hours Grand Challenge.  Only noteworthy because of a "full circle" return to the Triumph brand just over 40 years after my first one.  Oh, and one other thing..... considerably less hair than the early photos. 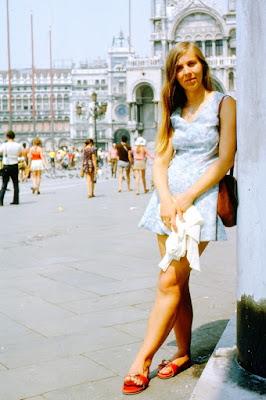 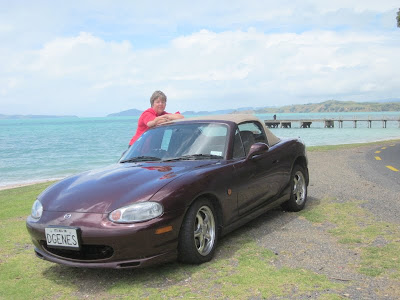 
Ok, so who is prepared to stick some photos of their early motorcycling days on their blog???