Well, Sonja and Bob in particular have come to the party regarding their old photos, so I'll throw in a handful more to finish off my contribution then it's back to the much safer world of motorcycles!  Bob, my Agfa Snapscan 1212 scanner must be close to 10 years old and works just fine, no software problems at all *grin*

We start off in 1963 when I was 16.  The standard school photo taken in the library at the local technical grammar school in the UK.  Passed (to the complete surprise of everyone including me) all my national "O" level exams and my maternal grandparents must have been especially surprised and thankful as they kickstarted (sorry about the pun) my motorcycle ownership with a present in the shape of a Suzuki 50!!  It was certainly better than going everywhere by bicycle, even if it did only have 5 horsepower. 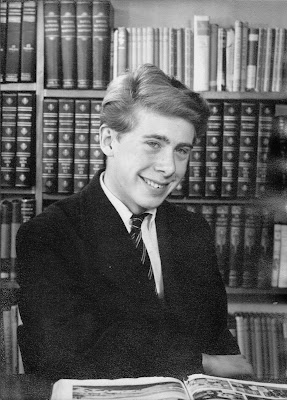 My other great love as a teenager was building model aircraft of all types. Here we are in 1965 (I think) with a glider.  Forty-five years later, I can still remember that it had a black fuselage and yellow lifting surfaces, even if I can't remember what I had for dinner last night :-). 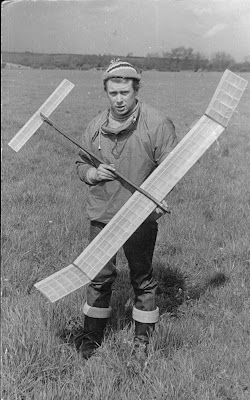 Lousy clothing choice - a lifetime problem!
The following photo was taken in 1968.  Heavily influenced by the Mods (on scooters) and Rockers (on bikes) era in the UK where the opposing sides would regularly meet in the coastal town of Brighton to kick the living daylights out of each other.  Being a devout, practising coward; I avoided the antisocial stuff. Besides, our next door neighbour's son was a Mod and he was a cool guy! 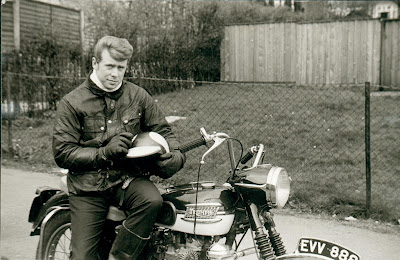 A very special day in 1972 in the county of Kent, UK.  Hair a bit long, but otherwise tidy.  Mother-in-Law definitely DID NOT approve of a dark brown suit with flared trousers and a cream shirt.  Never heard the end of it. The other person in the photo totally eclipses me of course. 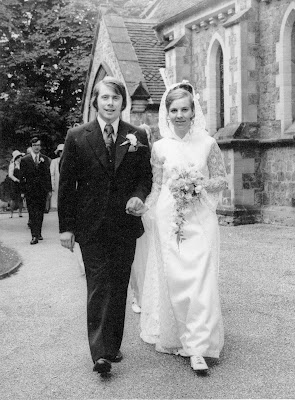 A very proud moment
Fast forward 20 years to 1992.  Big hair and big glasses and a silk trouser suit were apparently the "in thing" for females. Why oh why did I have a crew cut?  Probably as an embarrassment to our kids! 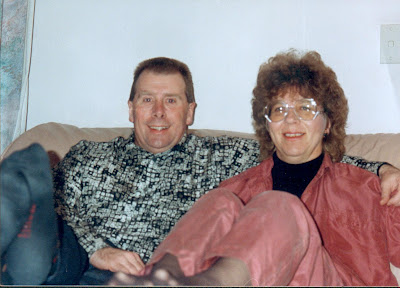 Hmmmm..... one of us looks ok......
Still with an excruciating crew cut, this photo was taken in 1996 when on secondment to our parent company, International Paper in the Southern USA.  Judging by the "Do not Feed Alligators" sign, the relaxed pose was a very fleeting one! Certainly wouldn't trust the colleague taking the photo to give me any warning! 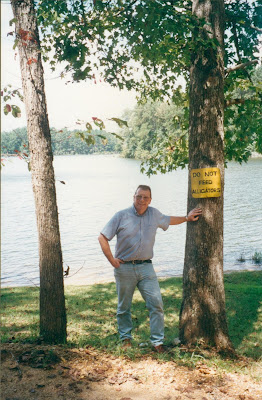 Absolutely no intention of donating a limb to the local 'gators!