Following on from the last post, we continued on our merry way round the south island. We start this part of the tour at a transport and toy museum in Wanaka.  Amazing place, with aircraft, cars, toys - you name it, they have it!  We saw this sign in the entrance and wisely kept our mouths closed. 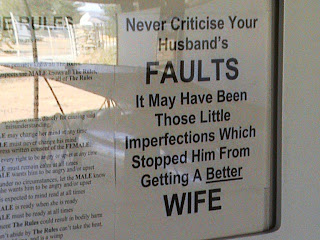 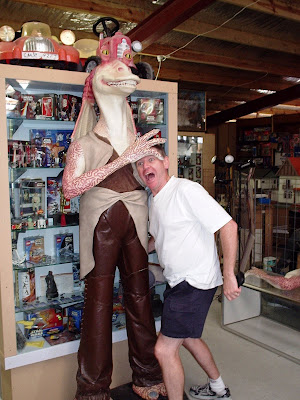 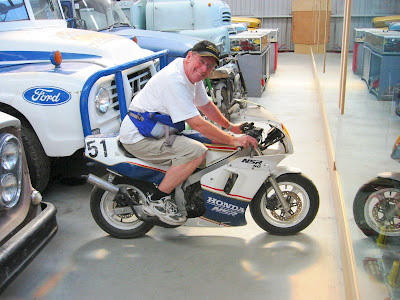 Yours truly on an NSR 50 - a touch small 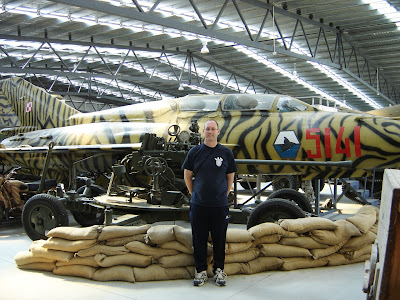 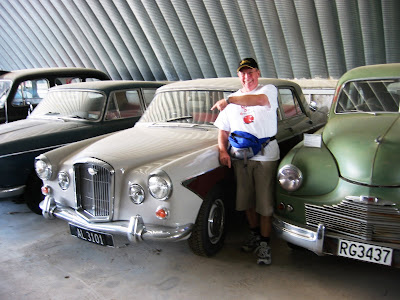 Jennie and I did our courting in a car like this!
A British Wolseley 6/110 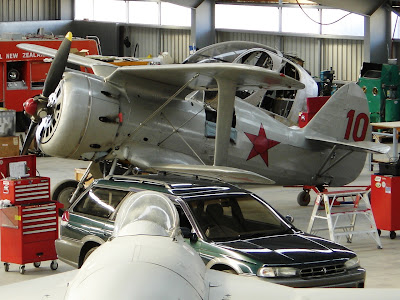 A restored Polikarpov at the Wanaka Warbirds base 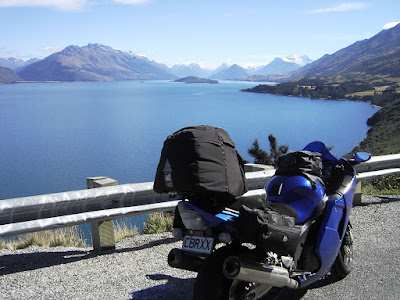 The spectacular Glenorchy road
At Wanaka, we took a jet boat up the Matukituki River and were met by a helicopter which took us up to Mount Aspiring national park and landed us on a glacier.  The chopper pilot was a gorgeous 25 year old with sublime skills.  The scenery wasn't bad either! As you might expect, a lot of Lord of the Rings was shot in this area. 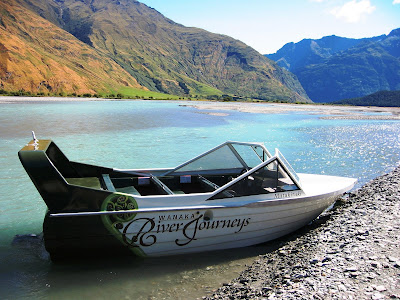 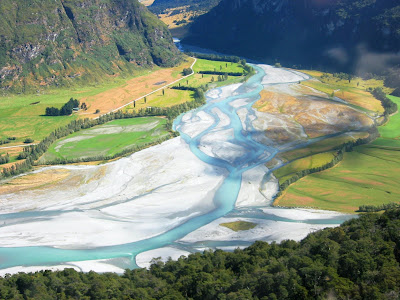 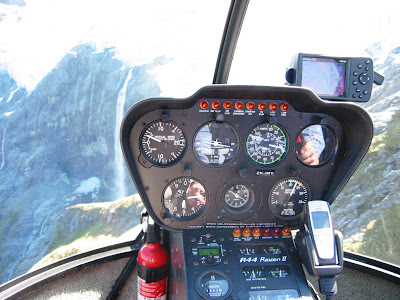 
The photo below is of a suspended glacier at several thousand feet altitude.  To give an idea of scale, the front glacier face is 75 ft high! 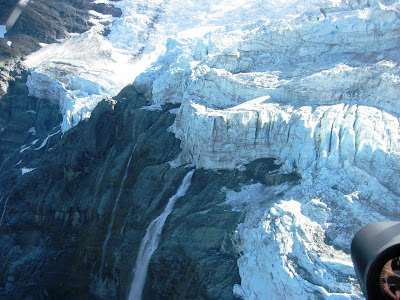 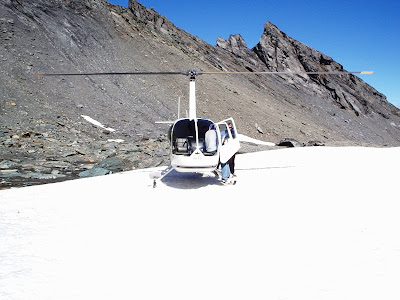 Chopper on the edge of the glacier


The 2 photos below are a post-publishing addition. They're for fellow blogger Ken who was disappointed that I hadn't published a photo of Alex, the pilot.  It's a bit hard to tell with her headset and sunglasses still on but you'll have to take my word that she was drop-dead gorgeous! 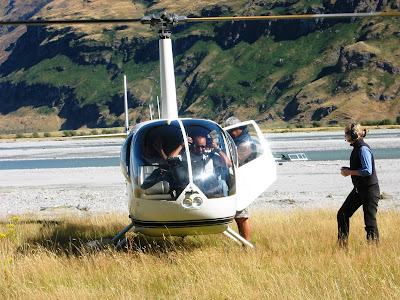 Transferring from the jet boat to the chopper
Alex, our pilot, is to the right
This photo of Alex was a sort of surreptitious one on the pretext of photographing the scenery.  Better than nothing though Ken! 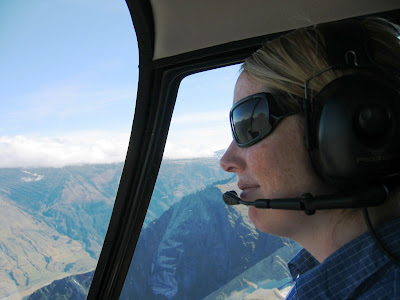 The lovely Alex
The Clyde Dam just outside Alexandra is a superb piece of engineering, built to withstand major earthquakes.  We were fortunate to be given a tour through it as one of my long distance event riding partners is the production controller there.  It was quite an experience. 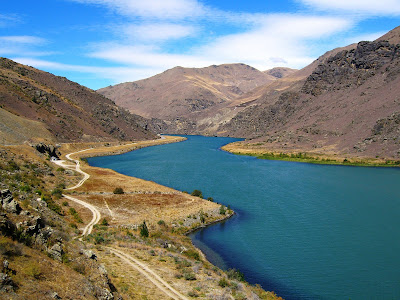 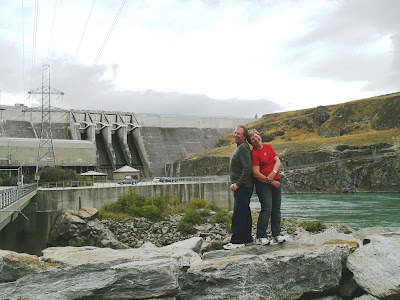 Jennie and me at the Clyde Dam tail race
From Clyde, it was off to Milford Sound, a magnificent road into the Sound, followed by the majesty of the sound itself.  It doesn't matter what the weather is like as the character of the place completely changes - sunny or raining are both superb.  Average annual rainfall at Milford Sound is a staggering 6.8 metres, or nearly 22 feet!!!  At the Sound itself, the scale is so vast that you feel like an ant. 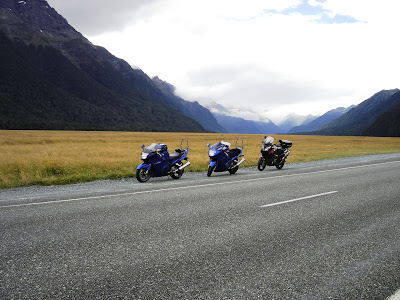 The vast expanse of the Milford Road 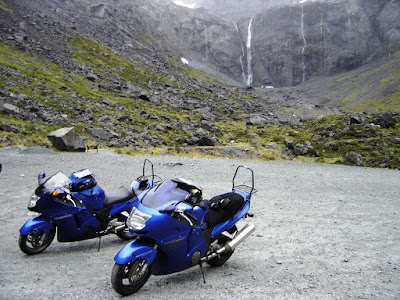 Entrance to the Homer Tunnel with temporary waterfalls from the rain 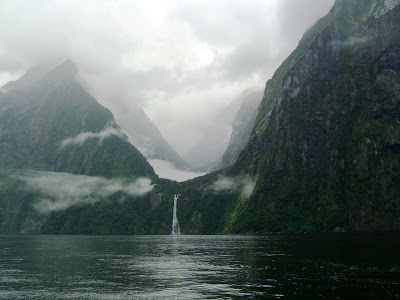 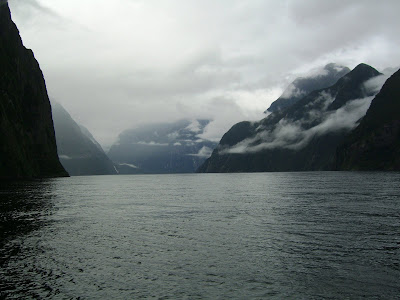 The cliff on the left (Mitre Peak) is a mile high! 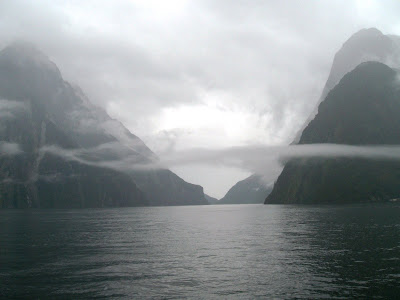 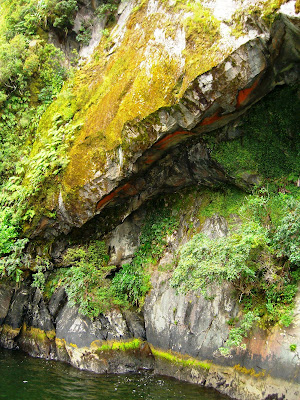 Minerals and mosses on the Sounds rocks


Heading up the west coast, we came to the Punakaiki Rocks.  These limestone deposits have holes to the sea at their base and at high tide, they blast great fountains of water into the air.  We saw a bus-load of elderly tourists soaked to the skin because they were so busy talking to each other, they weren't paying attention to what was going on.  Honestly, you'd think lots of water running down the path would be a slight clue, wouldn't you? 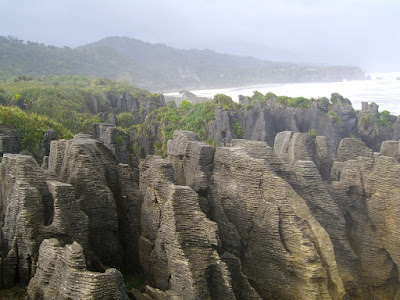 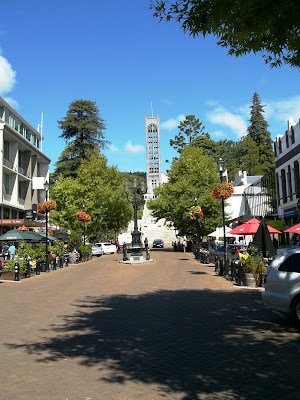 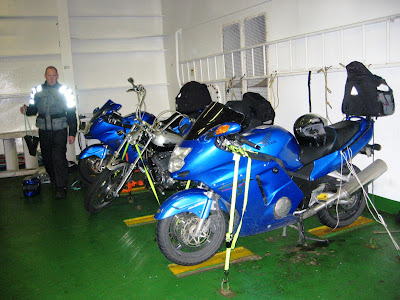 All tied down on the ferry for the trip home
I hope you've enjoyed parts 1 & 2 of the tour of NZ's south island by bike!  Save your pennies.....