Airhawk seats and other stuff

No riding last weekend due to some domestic chores and torrential rain for a lot of Sunday.  Heavens above, when are we going to string several dry days together???  Earthquakes, rain - it'll be a plague of locusts next.  However, I did sneak out early Saturday morning on the mountain bike for a bit of fitness training.  Hard work and the sweaty gear,wobbly legs and burning lungs all say that I've got to do a lot more riding yet to build up the remotest semblance of fitness. 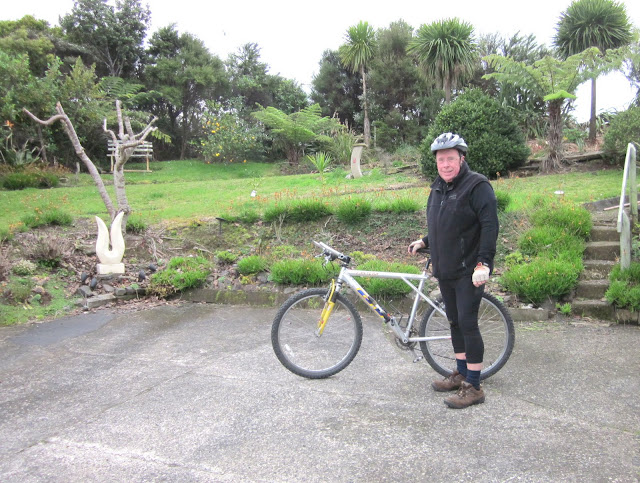 On the way up to the hills, the signs that Spring is in the air are everywhere with early blossom coming out.  I was particularly captivated by a large magnolia in full flower so here it is: 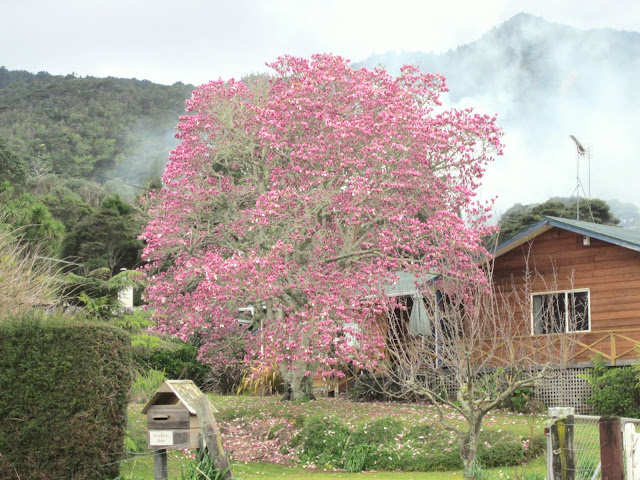 Good opportunity to stop pedalling and take a photo....

Walking like John Wayne (or Donald Duck more accurately) on return from the mountain bike ride on account of an aching butt reinforced (no pun intended) the smart move in ordering a certain farkle a couple of days previously. Y'see,  I've been increasingly fretting about the likely state of my arse on the forthcoming   1000-miler.  The Street Triple standard seat could never be described as luxurious although in all fairness, a couple of 700 km days a few months ago only produced mild discomfort.  However, as that was less than half the daily distance to be covered this time next month; being driven insane with pain is a distinct possibility.  Didn't want the expense of a custom seat like my Blackbird and initial thoughts were that I'd simply resort to taping large-cell packaging bubble wrap to the seat when the throbbing started.  This is allegedly a trick employed by a few other distance riders in NZ but as I've never actually seen it used, paranoia set in about it being an urban myth. Cut down car seat beads have been recommended too but apart from raising seat height, I don't like the looks.

Enter Jennie a few days ago asking me what I want for my birthday (an ancient 63 the day after the1000 - miler).  Hadn't a clue initially - maybe an MV Augusta for the stable?  Getting laid? (Don't push your luck, Geoffrey....at least, that's what "THE LOOK" inferred) then a thought struck.  What about one of those Airhawk inflatable seat pads?  Accuse me of getting soft by all means, but using one on the Grand Challenge might be a fair test of how good they are and perhaps lessen a whole world of pain.  A quick peruse on line and an Airhawk was ordered from the USA. Because the Triple seat is quite narrow, the smallest one in the range looked to be the best fit, and it's a pillion pad at that.  It arrived 5 days after ordering from Dennis Kirk (absolutely superb service - highly recommended) at a cost of US131 including tracked air express freight to NZ.  Here it is: 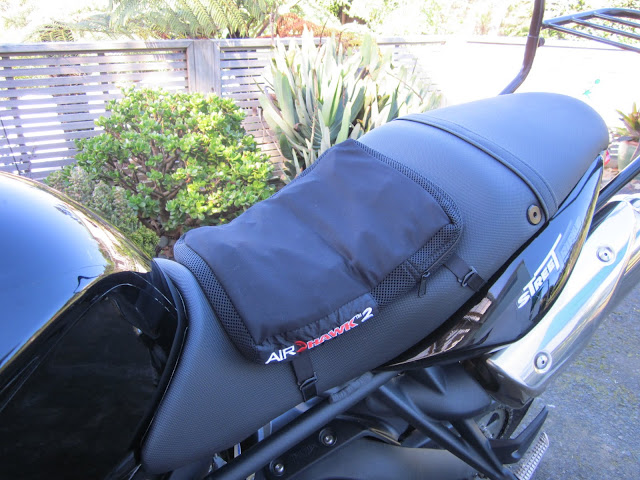 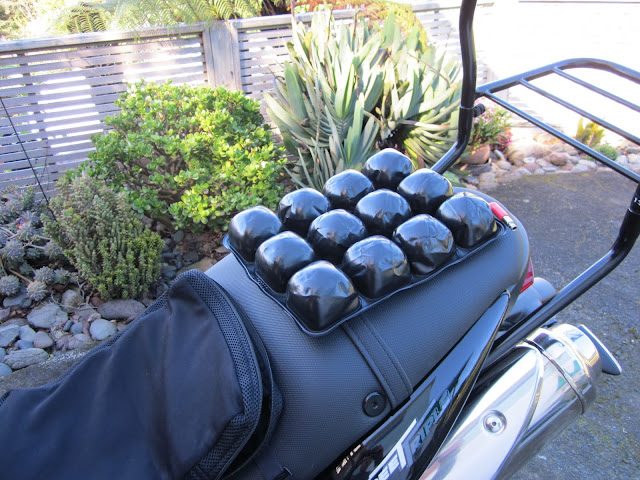 Cushion with innards exposed (NOT a muffin tray!)

The photo above shows the interconnected air cells fully inflated just for photographic purposes but all you do is inflate it slightly (part of one breath - see pic below) to raise your anatomy pressure points from pressing into the OEM seat underneath.  All I've done so far is a continuous 300km run and it feels just fine.  However, as the OEM seat is ok for a good deal more than that anyway, the real proof will be next month on the big 'un. Update:  refer to 1000 miles in 24 hours outcome to see just how good this product is! 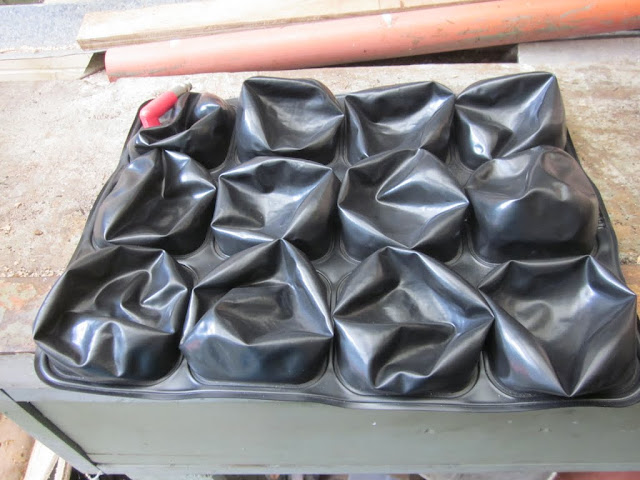 This is all the inflation you need

Just had the annual renewal notice for my motorcycle insurance..... hmmmmm!   I've been with the same insurer for 5 or 6 years as they were the principal insurers for Honda Riders Club when I had the Blackbird and gave pretty good discounts.  However, the renewal sum for the Street Triple seemed extortionate at NZ$840 (GBP400/US$611) for fully comprehensive cover given my clean record and age.  There is a component for "no fault" accident compensation cover but  even so, it shouldn't have increased that much.   Just been on the internet asking for quotations from the most reputable NZ  insurers and 15 minutes later, received a quotation for NZ$590.  Great service and a fair price too. I'll hang on until some more replies come in as the renewal date isn't until early October, but it really does pay to shop around!
Posted by Geoff James at 17:43