The last time we were in Golden Bay was 2001 and the one regret on that occasion was being unable to visit a very special place, Farewell Spit.  It forms the very top of the south island and is a little over 26 km long at low tide. Formed by fine silica from the Southern Alps and washed round to Golden Bay by the tides, it's a haven for birds and other animal life.  Unless you're an employee of either the Department of Conservation or Maritime NZ, the only way members of the public can visit the spit is with a sole concession tour which is licenced by D.O.C under strict conditions.  On the map above, the spit resembles the head and beak of a Kiwi which I guess is totally appropriate!

Access is restricted to a few hours either side of low tide.  On the day we wanted to visit, this meant the alarm clock being set for 5am and a half hour drive from Pohara to the little village of Collingwood to get on the tour bus.  Boy, was it worth the early start!  It was pitch black until we reached the spit itself and we were treated to a magical sunrise - couldn't have scripted it better! 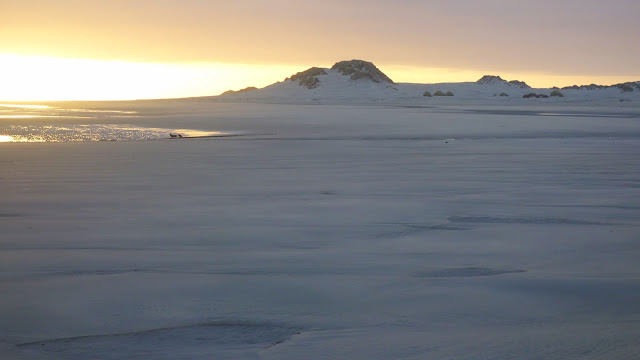 First light across the white sand and dunes 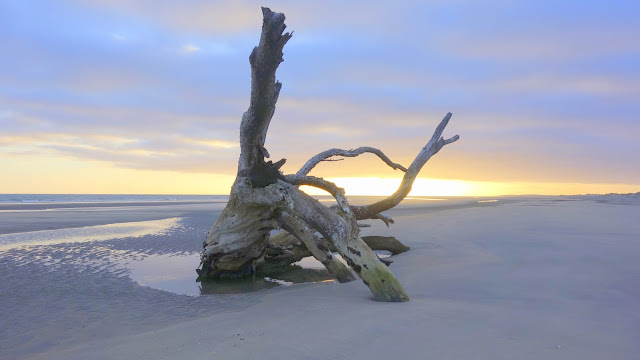 Sunrise and large chunk of tree washed up on the beach

The dunes are constantly moving due to the strong prevailing wind but there was hardly a breath of wind whilst we were there - another bonus! More about the dunes later.  Travelling up the beach and dodging patches of quicksand, there was an amazing amount of birdlife and sea lions, none of which seemed particularly perturbed by human presence. 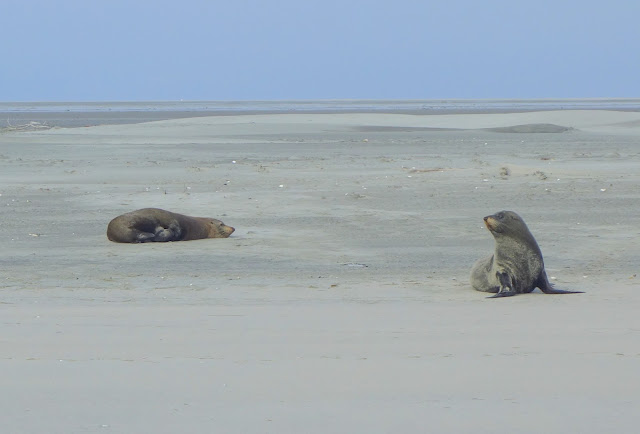 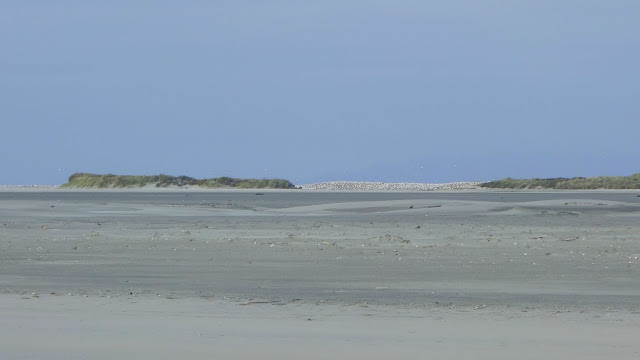 The white centre is a massive gannet colony

At the far end of the spit is the 30 metre tall lighthouse which is critical for keeping ships from running into the shallows.  It must have been a lonely existence for the original lighthouse keepers but it's been fully automated  since 1984.  A great time to stop for breakfast which consisted of a hot drink and a muffin. 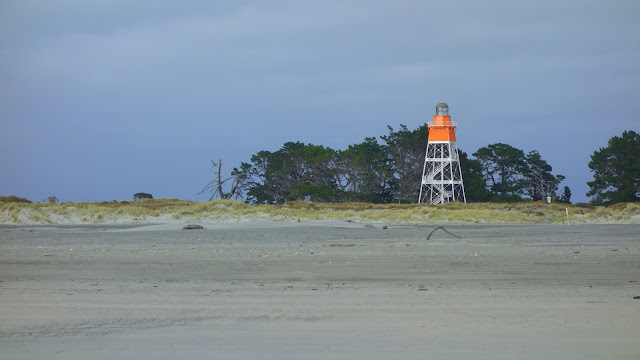 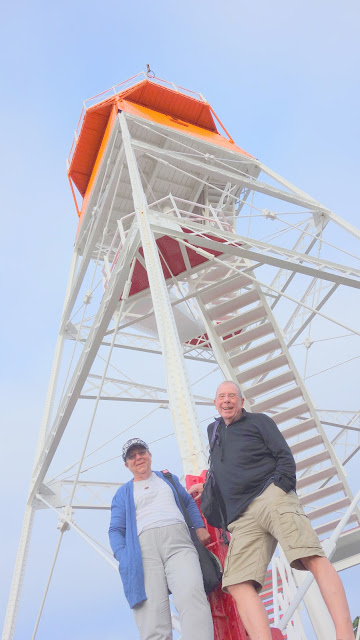 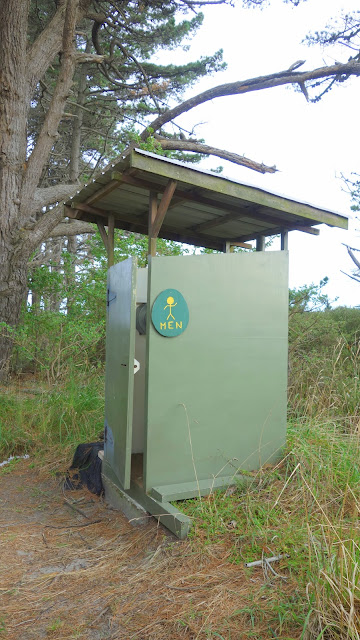 Farewell Spit recently hit the international news with a mass beaching of over 200 whales which involved a huge rescue effort.  Sadly, many of the whales were beyond rescue by the time that help arrived.  Strandings have happened here since recorded time and it's thought that the shallow approach to the spit combined with shifting sands may confuse the echo location of the whales.

On the return leg, we got to explore one of the massive dunes.  Climbing it was hard going with the powder-like silica sand but well worth it because of the magnificent natural shapes fashioned by the wind.  The lonely beauty of the place was quite overwhelming - what a privilege to see it. Here is a selection of photos. 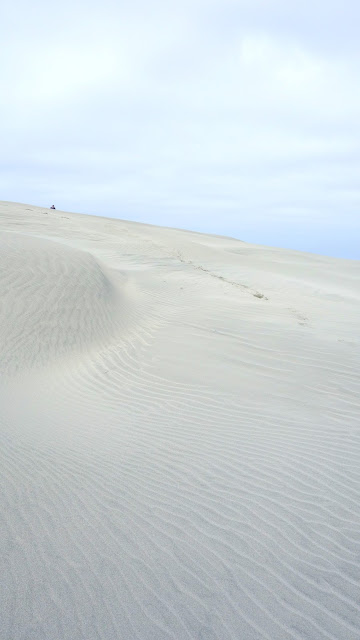 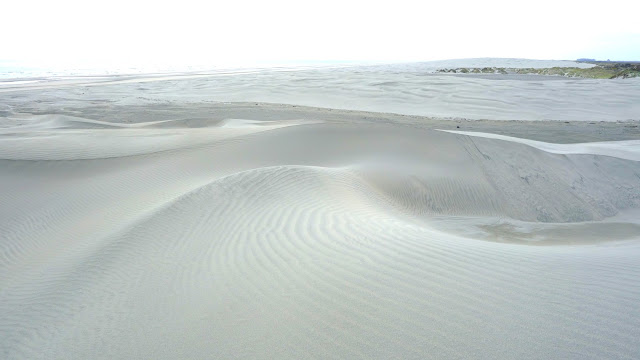 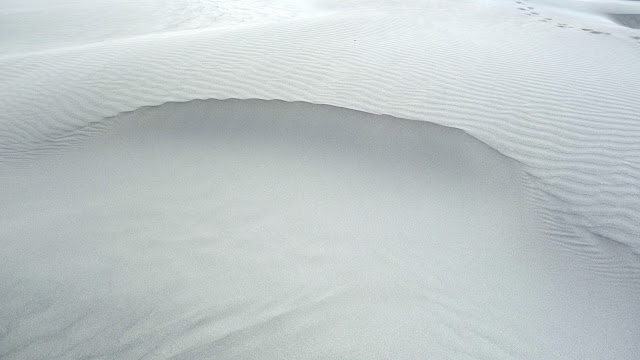 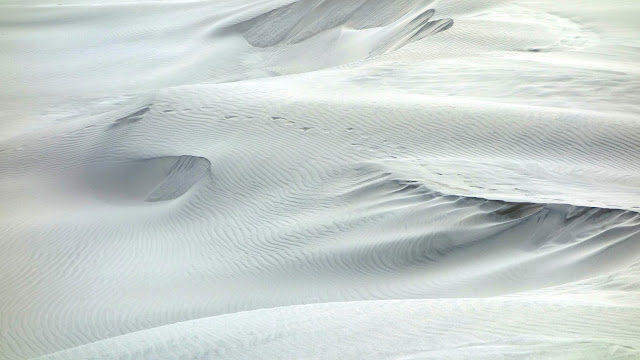 Leave nothing but a set of footprints....

The next major stop-off was Cape Farewell, the northernmost point of the south island, excluding the ever-shifting spit.  On the way, we stopped of at a beach with adjoining cliffs which were millions of years old.  The weather and tides had exposed the base of the cliff which at one point was a pebble river bed - fantastic! 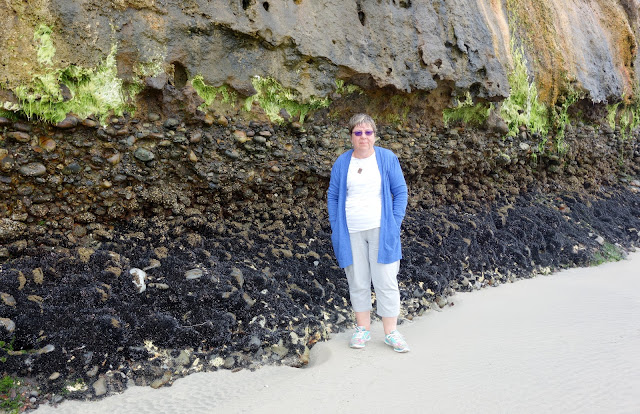 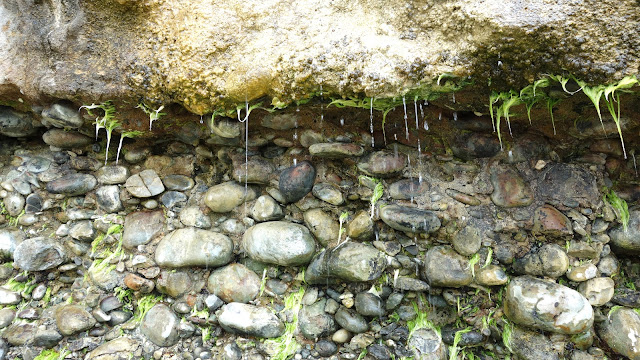 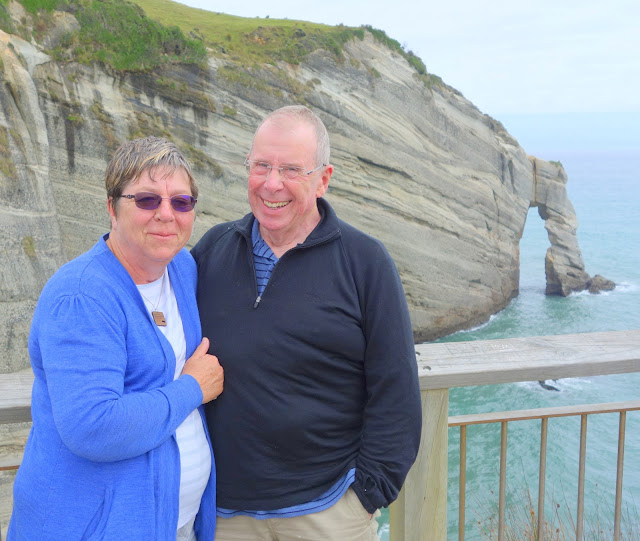 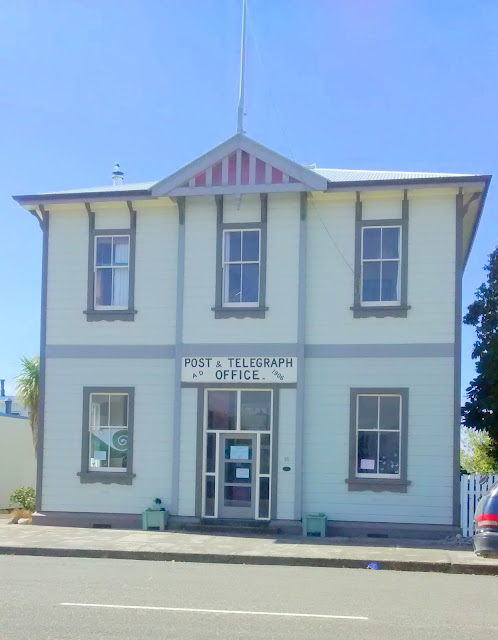 Back at Collingwood at the tour end, we had plenty of time to go exploring in the area thanks to the early start.  In the middle of nowhere, there was an old museum of agricultural equipment which was open but not a soul there other than us!  Among the exhibits (well, more like just chucked in a corner) was a moped which I'd never seen before.  Turns out it was a German-built Victoria from the mid-50's.  Perhaps it got there as a result of the strong German connections to the region mentioned in the previous post.  As a footnote, after the German factory closed, production was moved to India which continued to the early 1970's.  Shades of Royal Enfields! 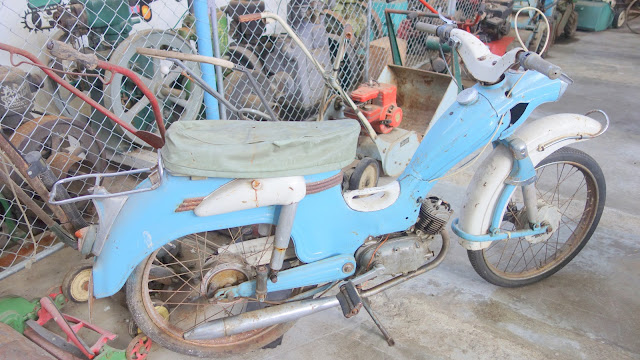 Just down the road from the ramshackle museum were a pair of limestone structures straddling the road which looked like upturned shoes.  Unsurprisingly, they were called the Devil's Boots.  We weren't sure whether the rest of him was under the ground but didn't hang around to look. 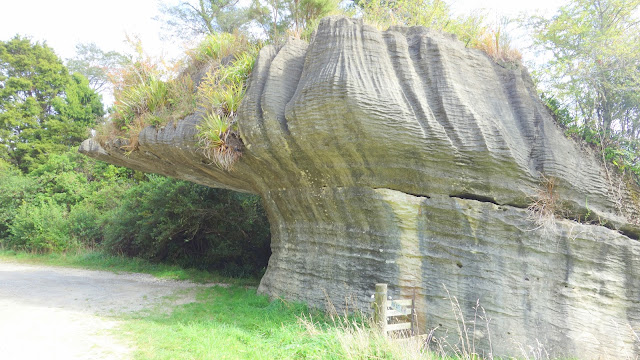 One of the Devil's Boots

This was our last night in Golden Bay and it's amazing just how much we could pack into a few days. Sitting at an open air cafe at Pohara Beach eating dinner that evening, we were able to witness a magnificent sunset over Golden Bay and the distant ranges - says it all really! 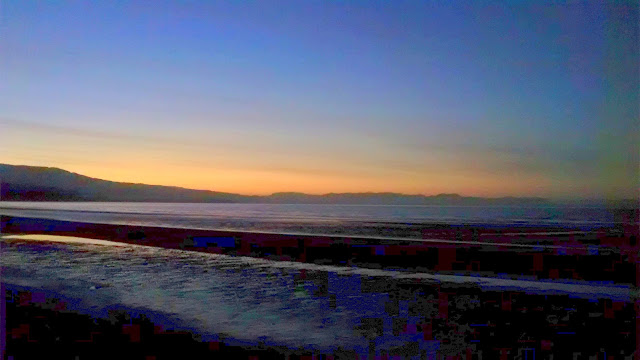 Hope you've enjoyed an introduction to the Nelson district and Golden Bay areas of the South Island of NZ.  Even a short trip is good for the soul and we returned home with our batteries completely recharged.  On a more philosophical note, pristine beauty like this is becoming increasingly rare on the planet and I hope that mankind has the wit to preserve it before it's too late.