In search of more traction

In March, I made a post about attending a suspension clinic by internationally-renowned guru Dave Moss.  It involved riding about 150 km and tweaking the suspension every time we stopped.  The improvement was a significant step change but Dave remarked at the time that there's only so much you can do with a Suzuki OEM rear shock.  Having fitted high end units to my previous two bikes, I was aware that despite the improvement, there was more to come.

The Suzuki has now covered getting on for 45,000 km and the decline in compression and rebound damping was becoming noticeable, even to this old codger.  Keeping contact with the road in even moderately adverse conditions is a safety issue as well as a performance one.  Time to look at a replacement, especially with a 71st birthday coming up in mid October.  That's Jennie's present to me solved, haha!

On the Blackbird, I fitted a US-made Penske shock and new fork internals.  On the Street Triple, it  was a UK-made Nitron shock.  The NZ supplier was KSS in New Plymouth who have a second to none reputation for service so it was a no-brainer to go back to them.  A couple of emails back and forth to establish my type of riding, loaded bike weight and so on and an order was placed for another Nitron, custom made to my requirements.  I didn't need to go for a separate remote as my riding loads and conditions don't vary by much.

This beauty turned up a few days ago: 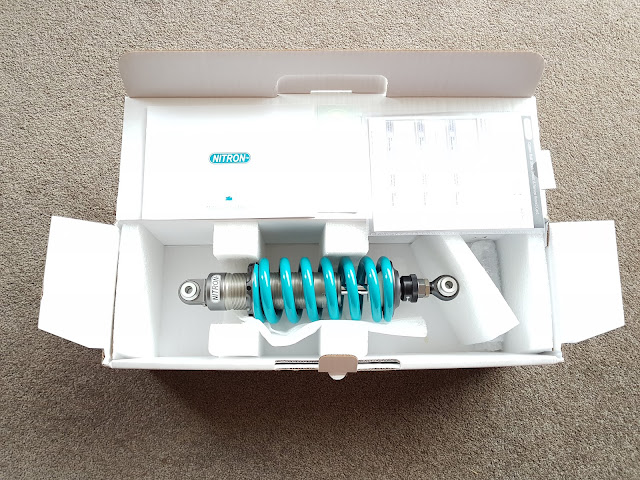 I have an ABBA stand (link HERE ) which makes working on the bike a piece of cake.  A fellow IAM member and GSX-S owner (thanks Blair!) gave me some time-saving tips and the old shock was removed, the new one bolted in and sag measurements taken in under 2 hours.  The only minor annoyance was having a retaining shim drop out of the rear brake caliper during disassembly and not seeing where it came from!  However, it became obvious during reassembly so not too much damage to the ego. 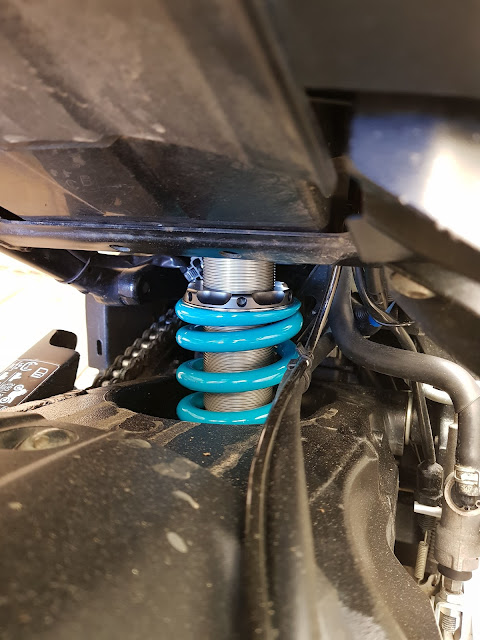 Goes nicely with the matte grey of the bike 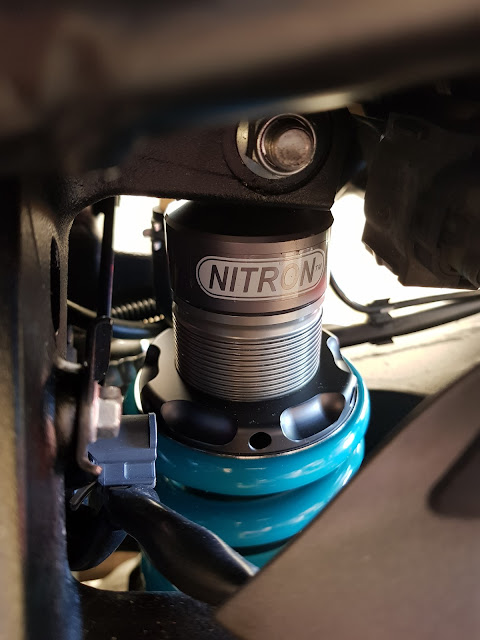 Static and loaded sag came nicely within tolerance so no preload adjustment required.  Next step was to check compression and rebound on the road.  A quick trip over the Coromandel Range was just the job as I know every hollow, bump and truck ripple on that road. 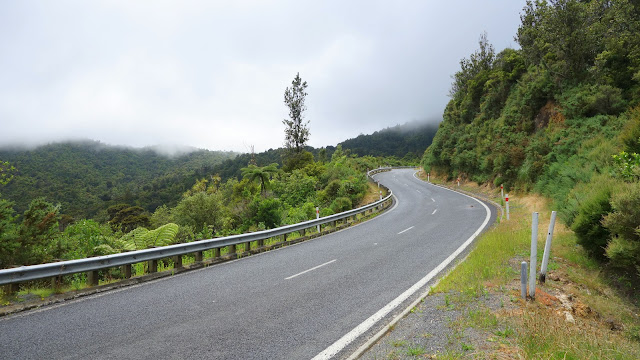 Western side of the Coromandel Range- riding heaven!

Even though I was expecting a better performance from the new shock compared with the OEM one, it still came as a surprise as to just how good it was.  The degeneration of old suspension and tyres come to that is imperceptible so that just adds to the surprise.  Leaned over whilst riding over truck ripples on corners was almost like they weren't there.  In adverse conditions such as wet roads, that's got to be a major safety improvement by maintaining good road contact.  In addition to better handling, an increase in tyre life can be expected based on past experience.  Less fatigue on a long haul too.

If there is any downside, it's drawn my attention to the front forks.  The standard forks aren't too bad, especially after Dave Moss set them up.  However, some RaceTech internals would be a further nice improvement if I decide to keep the bike long term.  Just coming up for 3 years of ownership.  The low throttle fuelling was so bad from new that it nearly got sold in the first 3 months of ownership.  However, Suzuki NZ came to the party by fitting a different ECM at their cost and that solved the problem.  Since then, I've grown to really like the bike, but still don't have the emotional attachment that I had with the Street Triple.

Thanks KSS for your great service and a product which really delivers.  You might see me for some new fork internals in due course! 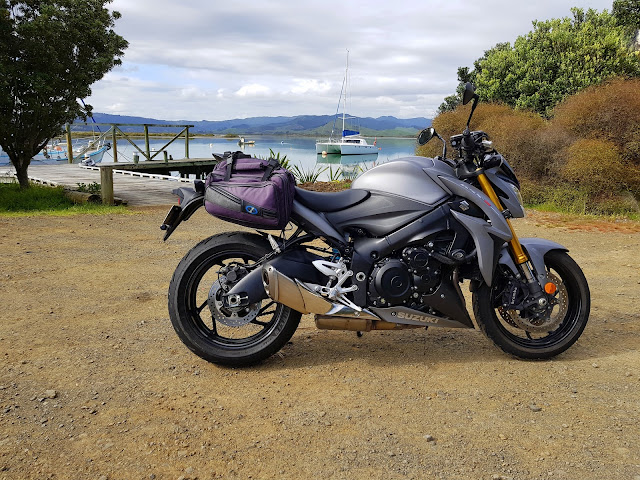 Finally, on a loosely connected note, the Michelin Road 5's are working out just fine in both dry and wet conditions.  In the photo below, the band of soft compound rubber out towards the edge of the tyre can be clearly seen,  Initially, the lack of tread towards the edge worried me with respect to how effective they would be when leaned over in wet conditions.  I needn't have worried!  A few weeks ago, I was examining an IAM Trainee Observer (instructor) for his full test in near-biblical rainfall.  He's a quick rider, racing and road riding in all conditions and I was concerned about how the Road 5's would fare in those conditions.  As it happened, they stuck like glue - not an anxious moment even when "making progress".  Totally sold on their overall performance and I'll do a full review in due course. 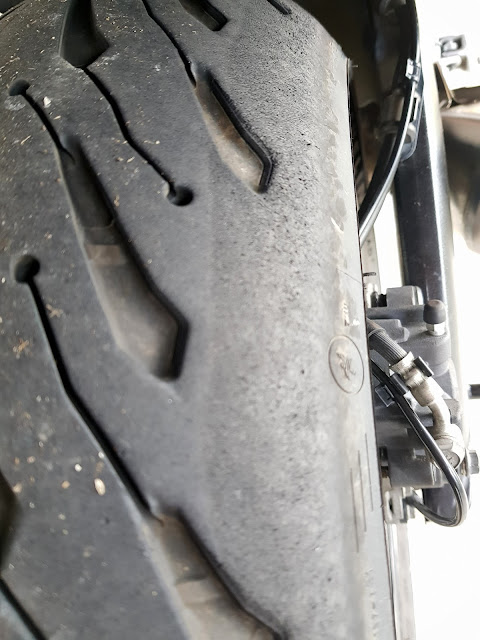 Soft compound band of outer tyre can be clearly seen