I've just been round the East Cape of NZ (a total of 1346 km) with 3 great friends (Andy from Auckland, Richard from Ohaupo and Davey from Whitby) as a preliminary warm-up for the 1000 miles in 24 hours Grand Challenge ride later in the year.  It was over the weekend rather than in one hit but it was the first time everyone had ridden together on a longish haul so it was a good opportunity to check riding compatibility. 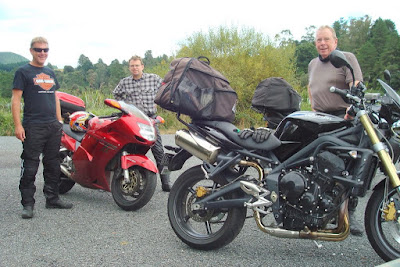 The East Cape is largely deserted and is therefore fantastic for bikes with over 80% of the ride being challenging, twisty roads on the coast and up through the hills.  The scenery is pretty spectacular too as you'll see from the attached photos and the full set at: http://picasaweb.google.com/geoff.james74/EastCapeEscapeFeb2010#. 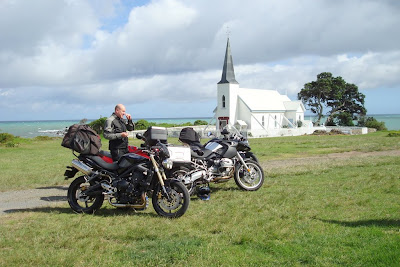 Apart from nearly having my head taken off by a hawk with a wingspan of over a metre, it was hard, fast riding with trusted company and no dramas.  The sort of riding that is perfect for the soul and I'd do it all again today. 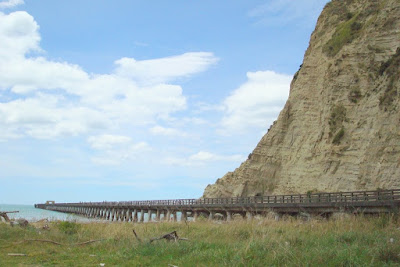 The Street Triple more than held its head up against the bigger bikes I was with and was pretty comfortable too.  However, for the Grand Challenge, I think that I might fit an Airhawk cushion seat cover as standing on the pegs to relieve numb bum became quite frequent on the last part of the journey home! 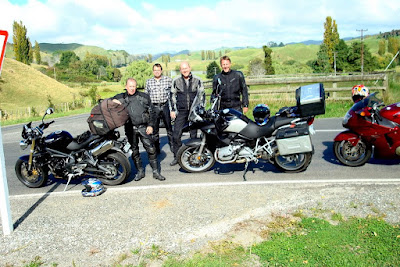 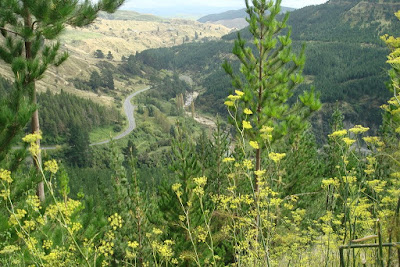