As Roger mentions in his post, we turned up for the monthly ride with the Institute of Advanced Motorists riding group.  My 170 km ride to central Auckland  was a bit of a mixed bag weatherwise.  Up at 0530 and on the road by 0645, it wasn't long before I encountered very wet fog and even a spot of rain but once I hit the Auckland Southern Motorway, the weather turned hot and sunny.

Arriving at the IAM meeting point, an hour before kick-off so that I could enjoy a leisurely coffee and breakfast, Roger and my 1000 miles in 24 hours riding partner Andy were already there.  As fellow blogger Sonja remarked, there's no problem in getting up early when a ride is involved!

I don't intend to cover the ride details as Roger has done a great job of that.  With a shortage of official observers this time due to their competing priorities, I was quite happy to follow Roger and Simon, the Observer; as it was still possible to learn a lot from watching them.  Being a country boy, riding the narrow and twisty country lanes is something I do almost every day so was quite relaxed about that.  However, my experience of riding densely-populated motorways full of idiot cagers in a hurry is something I'm not so experienced with.  Watching  Roger and Simon position themselves assertively (most certainly not aggressively) to create a safety bubble round themselves was great to see and I took a lot from that.

As a serving police officer, Simon must find his blood pressure going sky high when riding his personal bike off duty.  Some of the behaviours in terms of lane discipline, following distances etc defy belief!  Bikes aren't immune from stupid behaviour either.  At one motorway on-ramp where there is a  70 km/hr restriction, an R1 (I think) rider came screaming down the ramp at very high speed into the dense traffic, diving in and out with no great skill - an accident waiting to happen.

Anyway, enough about the ride.  Regular readers will remember the recent  post I did on Deus Ex Machina, the rendezvous point for IAM monthly rides, up-market cafe and builders of extraordinary motorcycles.  Getting there early gave time to wander round and as their bikes are constantly changing, it's a good opportunity to post a few more pictures of some of the machines currently on the premises.  Here's a selection: 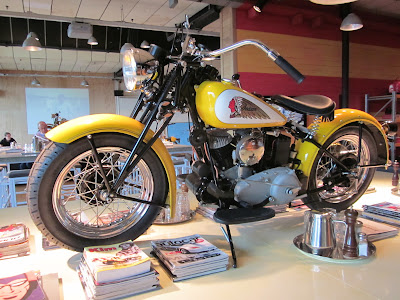 Magnificent Indian on one of the tabletops 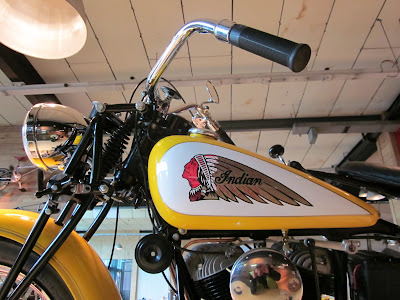 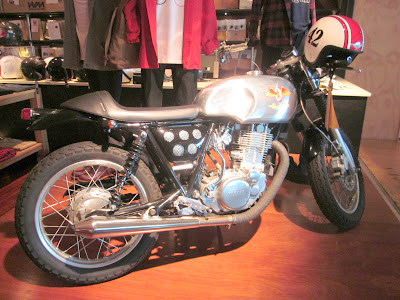 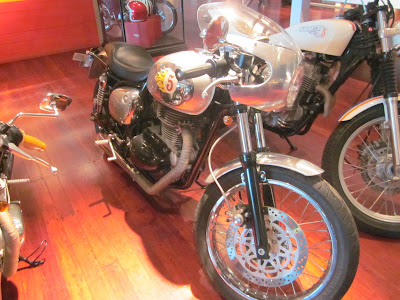 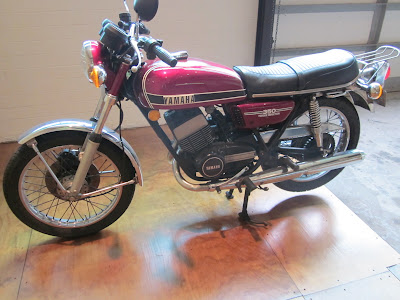 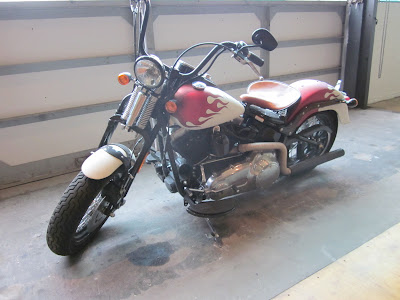 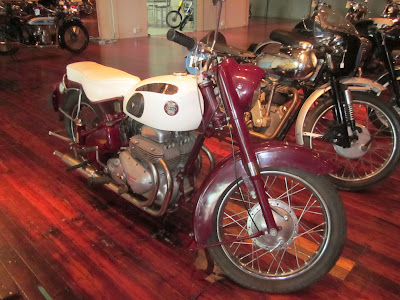 Ariel Square Four - how rare is that??? 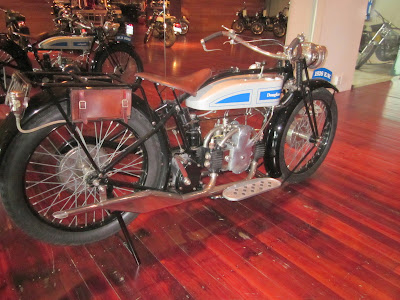 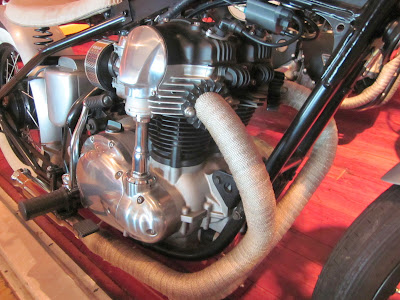 
Covered over 400 km for the day, rode with great friends and continued to learn great riding techniques - really doesn't get much better than that, does it?  Actually, it does!  Because I missed out on a check ride this time, the IAM Chief Examiner is going to take me for a one-on-one ride soon.  All this and Spring just a few days round the corner.  **contented grin**