One of the activities we'd booked was an elephant ride through bush tracks on a mountain range.  Not only did it include the ride itself but some other cultural things like tapping rubber trees for their latex and making sheet rubber, preparing a Thai curry from scratch with the spices in their original form - roots, leaves etc and a few other things besides.  The day was to finish with an evening cruise and dinner on Chalong Bay in a gorgeous old traditional boat. 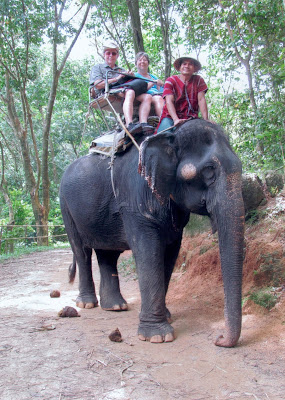 The comfort of a decent seat! 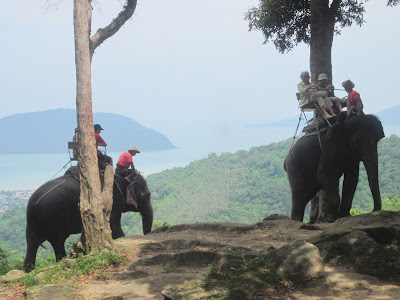 Fantastic view from high in the forest 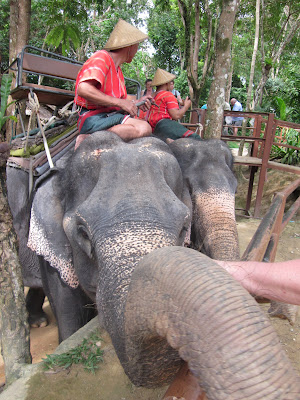 Trying to pick my pocket for goodies!

We had a short trip in a cart pulled by a water buffalo.  My goodness, they are seriously big and the size of their horns defies belief.  This one was a big old softie but I'd hate to meet one that was ticked off! 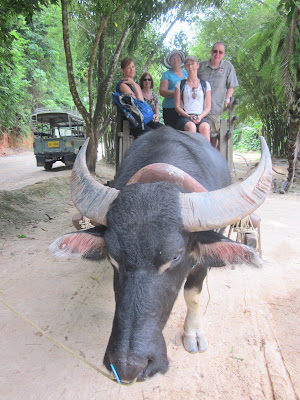 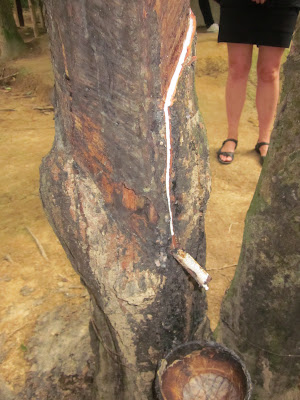 Thailand still seems to have huge rubber tree plantations whereas when we were in Malaysia, the planting of Palm Oil forests seemed endemic.  I have no idea of the planting of palm oil vs. rubber in terms of long-term economics but palm oil plantations are quite poor for supporting biodiversity under the canopy.  No magic bullet, that's for sure.

After yet another humid day of activity, it was a perfect end to go for a buffet dinner cruise on Chalong Bay as the sun began to set - sheer magic! 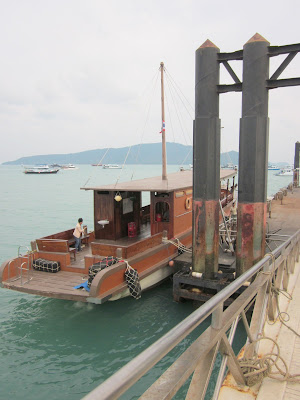 Our boat at the wharf 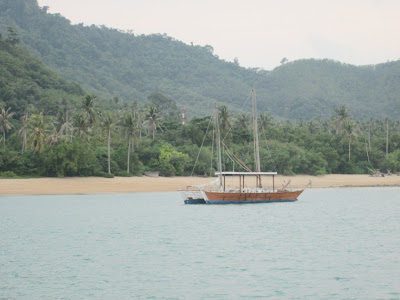 Cruising past a tropical island 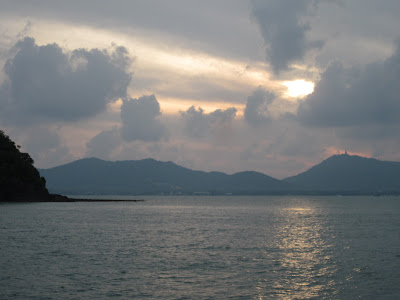 Sunset over the mainland - Big Buddha on the highest hill

Next day, it was another day of great activity in the shape of ATV riding and we were collected from the hotel and taken to a forest area on the east coast where it was all due to take place.  We knew that there would be big mud holes and streams as well as forest trails so a change of clothes was prudently packed.  Like all of the activities we'd been on so far, the Thais deserve every accolade for their timing and organisation, without it being overdone.  On arriving at the ATV base, we were plied with cold drinks to prevent dehydration and given a comprehensive run-down on riding the ATV's.  This was followed by an easy circuit of the base camp to let people get used to them. The ATV's were 400cc 4 strokes so there was the potential to cause some grief if not handled with a bit of respect. Two of the riders looked downright incompetent and seemed to be having trouble co-ordinating the lever-operated throttle and brakes, so they had guides on the pillion to watch over them. Was still wary of going anywhere near them though! 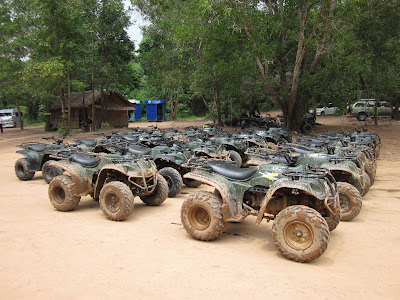 ATV Central, although only about 10 people on our trip 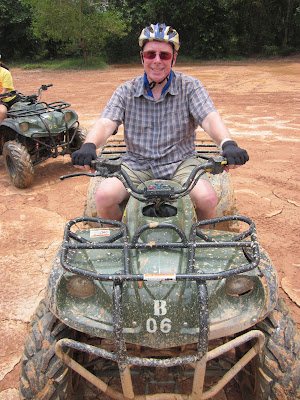 Forced smile before setting off. 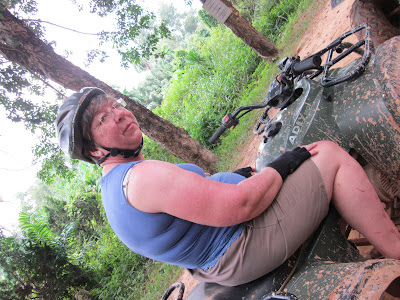 The terrain  through the forest was fantastic, with steep up and downhill grades, mud holes, streams, fast forest tracks and even in sand and sea through the mangroves!  Both Jennie and I had no problems with the terrain as we'd ridden racing 2 stroke ATV's in NZ's south island a few years ago (Jennie had actually given me a complete riding lesson on one part of that day!) but some of the other riders were finding it a bit tough.  One of the riders kept following me too closely and actually ran into the back on one downhill grade, fortunately with no damage.  I feel a bit guilty now, but solved the problem by deliberately banging open the throttle at the next mud hole, getting wheelspin and dumping several kilos of exceedingly sloppy mud over the driver.  He kept his distance after that! 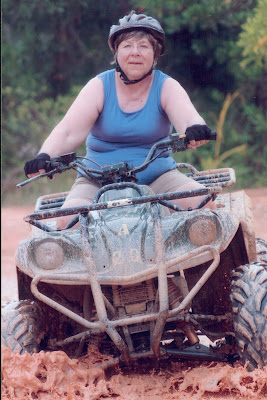 A bow wave of mud and water

Half way through the day, we looped back to base for a lunch of fresh tropical fruit and more liquids to keep up energy levels and hydration. Jennie's right thumb had nearly seized up due to the throttle adjustment on her ATV so I suggested that she double up with me for the second half of the ride. Some of the mud holes were deep and the tyres got a bit floaty so the extra weight would help although you'll understand that I was exceedingly careful in the phrasing of this to avoid a swift kick where it hurts most.

The second half of the day was equally huge fun although the driving standards of some of the people hadn't shown much improvement.  On one tricky section, we heard a scream from behind followed by a glancing blow and the sound of foliage being rent asunder.  When we stopped and looked round, there was an ATV half-buried in a bush with the rider totally inside it and the guide/instructor completely in the open on the pillion giving a broad grin and a wink.  It was clear that the rider had got badly out of shape and had panicked, so the instructor simply reached forward, grabbed the bars and steered them into the bush.  What a hoot!! 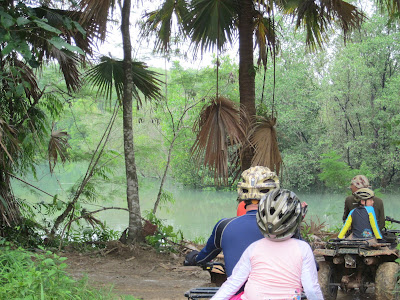 Hmmmm.... can we get through that? 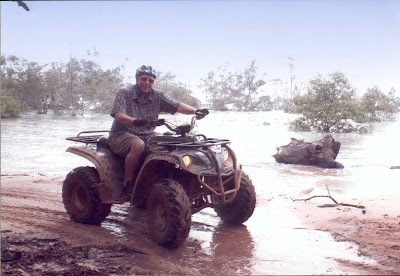 Yours truly among the mangroves and sea

We had yet another fantastic day, we were completely knackered and slept pretty darned well that night.