As regular readers of this blog will probably be aware, Jennie and I take turns in organising a trip somewhere to celebrate our wedding anniversary, keeping it a secret from each other for as long as possible by outright lies, misdirection and other subterfuge.  This year has been our 39th anniversary and Jennie's turn to arrange the destination. The only clue given  was to pack something light (which could have been misdirection in itself, knowing Jennie's wicked sense of humour!).

All was revealed just a few minutes short of Auckland International airport, where it was finally  revealed that we were heading for Phuket Island in Thailand, some 14 hours flying time away, including a plane change in Bangkok.  That length of time being stuck in a plane isn't much fun but the lure of warm weather to escape our winter was pretty compelling.  Also, Phuket is a major "fun activity" area of Thailand so in the normal Kiwi way, we were looking forward to getting stuck into all sorts of activities as opposed to lazing around on the beach and drinking too much alcohol!  Perhaps the title of the blog should really have been "Pottering Around in Phuket"!

Arriving at Phuket airport around 2am, all we wanted was shuteye, but the 40 minute trip to the hotel woke us up.  Oh dearie me, the driver of the Toyota Altezza sport saloon who met us clearly relished the lack of traffic at that early hour and used the occasion for Formula One practice. Speed limits seem merely advisory and Jennie's tanned knuckles had taken on a distinctly white hue!  It has to be said though that the driver seemed pretty competent despite the ummm.... brisk pace.

The hotel was classy and we don't know whether their staff had been warned by our travel agent friend that it was our anniversary but the monster bed was beautifully decorated with fresh orchid flowers and petals. (click to enlarge photos) 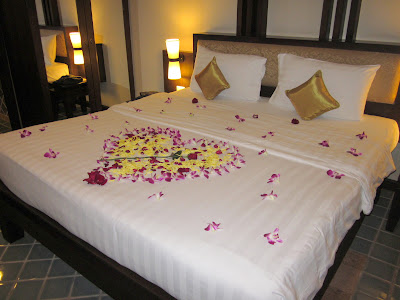 They'd also left a plate of fresh local fruits in case we felt like a snack but all we wanted at that stage was oblivion!  Here's a photo for our fellow bike blogging food lovers. 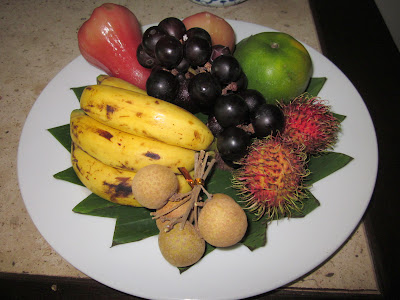 Where do you start?

Early next morning, the temperature was well into the 30's C with humidity through the roof so it was time to check out one of the hotel pools to freshen up.  Lovely setting with Bougainvillea plants and palms round the edge to provide additional shade. 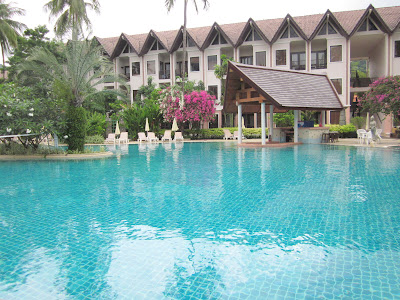 Not exactly slumming it! 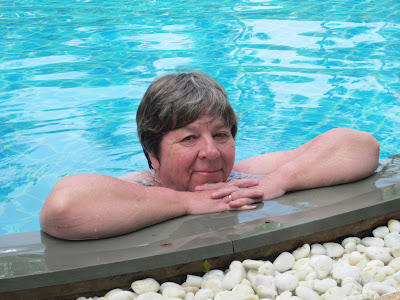 After organising activities for every day of our stay, we wandered into town and along the waterfront to get our bearings.  Jennie had her eyes fixed on shop prices which were very low by western standards whilst I tried to get an impression of the local motorcycle scene, only distracted from the task by (discreetly) staring at the absolutely stunning Thai girls.  However, as acidly pointed out by Jennie, some of them may well have been the renowned Thai ladyboys.  The only way of finding out is when it's far, far too late so we'll never know! 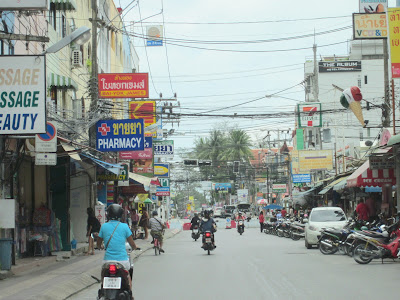 As per our Vietnam holiday in March, the majority of 2-wheeled transport were scooters and small-capacity motorcycles used as cheap, everyday transport by the locals.  However, the choice of rental bikes on just about every street corner was truly amazing with everything from small and large capacity scooters through to big bore sports bikes.  All pretty cheap to rent too.  However, why anyone would want to rent a Yamaha R1 or similar sports bike in those temperatures and traffic congestion is beyond me - the renters must have suffered from "little dick syndrome"! Here's a photo of a line of rental vehicles, starting with a smart Mugen-prepared Honda Jazz car, then a Fireblade (I think) and other big-capacity machinery. 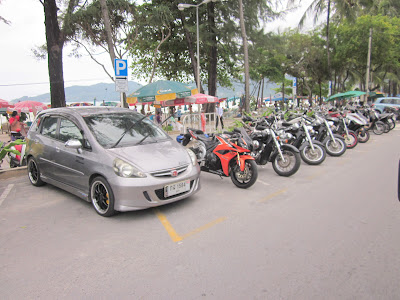 Choice is a very personal thing but for the conditions in Phuket, my choice would have been a motard - great all-round vision, ergonomically comfortable and very manoeuvreable.  Motards of 500cc or less were very popular and the one shown in the photo below looked to be about 3/4 scale compared with the bigger ones in NZ.  Don't think they're available in NZ but would be great for city use. 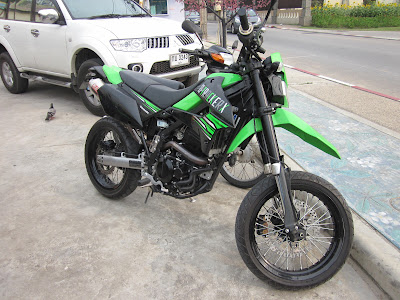 Although there are conventional gas stations scattered about on the outskirts of town, we were delighted to see that transport of the 2-wheeled kind were catered for on just about every street by local entrepreneurs! The refuelling stations appeared to be a small roadside rack of empty bottles of alcohol, refilled with petrol.  Not sure about accurate measurement of quantity or health and safety considerations come to that but guess they'd be handy if you wanted Molotov cocktails as ammo for a riot! 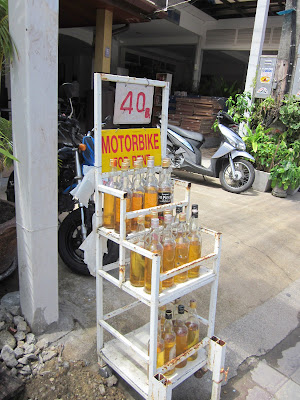 As fellow Kiwi bike blogger Nick has mentioned in his posts on Thailand, after dark is when Phuket really kicks off; maybe partly because of the slight drop in temperatures but everywhere simply turns into Party Central with the restaurants and bars doing a roaring trade.  It was a great cosmopolitan atmosphere with Russians, Aussies, Kiwis and British being particularly in evidence;  although it's fair to say that most of the world's nations were represented there.

There was a great open-air bar not far from our hotel which served drinks and food at ridiculously cheap prices.  Even better, the Thai food was awesome and a whole lot more appealing than the McCrap, Burger King and other western outlets represented on the waterfront.  Isn't part of the purpose of travelling overseas to escape that junk, especially when the local food is cheaper, tastier and better for you? 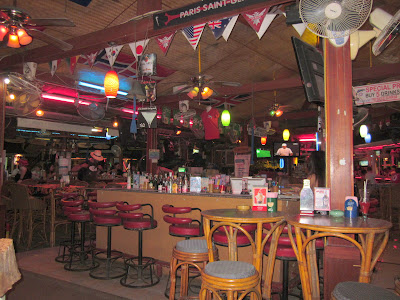 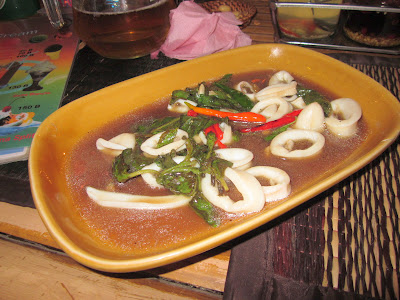 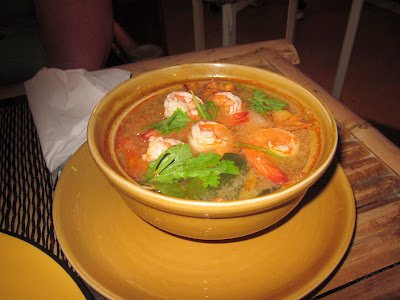