A salute to older motorcyclists everywhere!

Baron  posted a great joke on his excellent blog about ageing bikers.  In a salute to mature bikers everywhere, here's another great piece sent by a riding partner of mine.


These men were considered some of the worlds most successful of their days.  Now, 88 years later, the history book asks us, if we know what ultimately became of them..

3. The president of the NYSE, Richard Whitney, was released from prison to die at home.
4. The greatest wheat speculator, Arthur Cooger, died abroad, penniless.

5. The president of the Bank of International Settlement, shot himself.

6. The Great Bear of Wall Street, Cosabee Livermore, also committed suicide.
However, In that same year, 1923,  the winner of the world's most important road race, the Isle of Man T.T, was Stanley Woods.

What became of him? 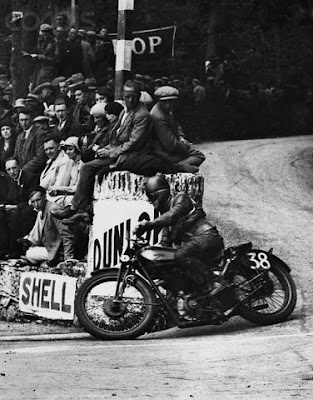