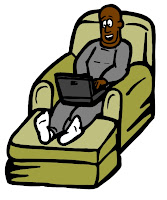 Moto-bloggers are a great bunch and it's almost like family, either sharing thoughts and banter on line or meeting up in person.  In the two-odd years that I've been blogging, I've met some truly wonderful people as a result and have a long list of people I'd still love to meet!  There are some fantastic blogs out there, inspirational and enriching in terms of both technical enlightenment and human values.  Wouldn't have missed any of it for the world with the friendship, support and encouragement which everyone freely gives.

However, I've just come across the first ever moto-blogger who doesn't display the values that the rest of us cherish.  My great mate Roger happened to spot my recent post on motorcycle communications equipment on another blog site.  There was no acknowledgement of source, it had simply been lifted in its entirety.  Like most bloggers, I don't have the slightest problem with people using original material, photos etc if they think it will add anything to people's knowledge or enjoyment. When it's happened in the past; there has always been attribution of source and in some instances, I've been contacted beforehand.  Just the normal courtesies we all observe.

The offending website belongs to a chap called Sajjad who incidentally subscribed to my blog in recent times. This is his blog: My Way to Ride .

A note was sent to Sajjad mentioning the lack of courtesy and no response was received.  I wrote again now asking that the post be removed. Exactly the same result.  I then had a very quick look at a few more of his posts at random and it would appear that he writes no material of his own, lifting both other blogger's material and that of commercial sites.  In addition to my own site, the quick look revealed that he'd also taken an article from fellow Kiwi Bandit Rider and one of the recent female rider profiles from the Helmet or Heels blog, to name but two.

Sajjad clearly doesn't have a lot between his ears as it's really easy to find the original sources.  Just to test the waters to see if I was being overly sensitive, I contacted the owner of one of the commercial sites which had been plundered, Mike le Pard at Total Motorcycle.  Mike thanked me for pointing it out and said that Google were extremely vigilant about breaches of this sort, and gave me this LINK

The link  covers the reporting of  abuse of all kinds and is easy to use.  After following the instructions, an automated acknowledgement came back with the warning that it may take some time to investigate.  Heck, a few hours afterwards, I received an email saying that it had been dealt with and my content removed.  How's that for service, even if it may often take a bit longer!!!  I'd imagine that if there are more complaints, Google may close the site down, especially as it seems to be entirely comprised of other people's material and has no original value of its own.

So there we are.... many thanks for Roger's eagle eye, Mike's advice and swift action by Google.  We now know that if there's someone out there plagiarising or abusing others, there's something we can do about it!
Posted by Geoff James at 12:18