Who rides to music? 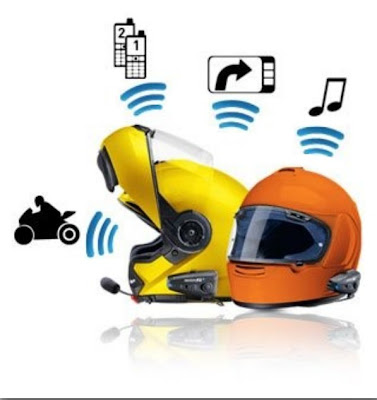 Time for one final teensy post before we depart for overseas next week........

On the bicycle, music takes away the fatigue of a decent ride and also takes the mind off the inevitable chafing of the sensitive regions!

If  I'm in the 4x4 on my own, there's always music on.  Having said that, it's rarely on when Jennie's with me because a bollocking is likely on the grounds that it blocks meaningful wife to husband conversation.  Now I'd better be careful how I phrase this, even though I don't think Jennie or our daughter Victoria reads the blog.  Guys actually like not talking (apart from aforesaid music which is really like silence to us).  It doesn't mean we're brooding by not talking, we're probably just mulling over "guy stuff" and don't want the train of thought to be interrupted.  And really pushing my luck with the better half, the same reasons apply to why I resisted buying a bike intercom despite pressure from certain quarters but 'nuff said on that subject!

Anyway, back to music. It's nice in the 4x4 when driving solo as most times, I amble along at well under the speed limit and it helps time to pass.  It doesn't seem to be distracting because of the pedestrian pace.  If I'm driving Jennie's sports car on my own, it's normally at a pace that would earn a right earful if the "one careful lady owner" was alongside.  Playing music on these occasions is rare because the great exhaust note and the sound of the wind with the top down are both music enough.  Music also interferes with concentration when you're ahem... enthusiastically "pressing on" down a twisty road.

With motorcycles, there always seems to be more than enough to fill the senses in terms of concentration, listening to the bike and just plain 'ol enjoying the ride not to need any other stimulus.  Went for a 300 km ride early this morning and I was almost in sensory overload as it was.  Mind you, I rarely commuted to work by bike pre-retirement as it was only 10 minutes down the road. A bit of music might be a different on a slow daily commute.

Now I'm certainly not inferring that listening to music on a bike is bad in terms of safety because I have no idea.  It's simply that I personally find it distracting. Maybe I'm easily distracted!

What are your thoughts? 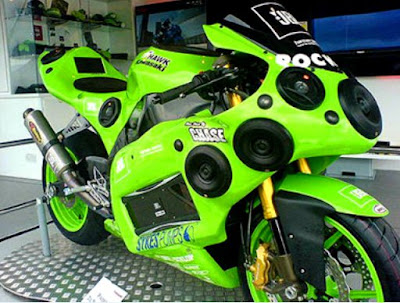 Loud enough for ya?  (Acknowledgement Techblog website)
Posted by Geoff James at 20:03