Fellow blogger Roger Fleming recently both staggered and delighted me by giving me an outstanding book on the life of New Zealander Burt Munro.  Rog mate, that was a real act of generosity - you're a star!  If there is actually someone on the planet who doesn't immediately recognise the name, Burt was immortalised in the movie "The World's Fastest Indian" and portrayed by Sir Anthony Hopkins. 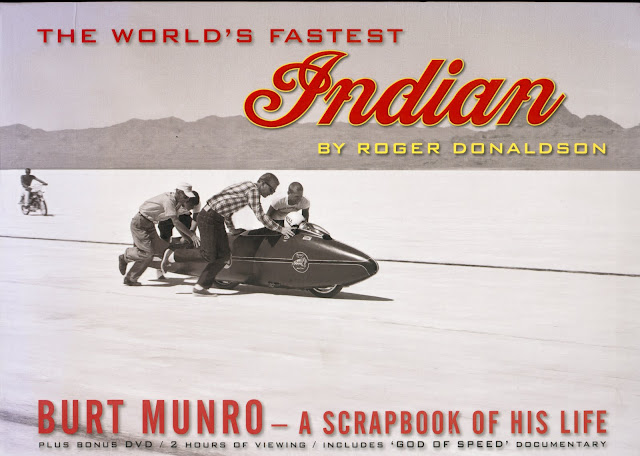 Front of the book

This book, running to nigh on 300 pages of A4 format high quality art paper is without doubt the definitive book on Burt Munro.  In fact it's bloody terrific (a technical term).  Roger Donaldson, the movie director was given access to all the Munro family memorabilia right from Burt's early days - Photos, letters, certificates - the whole 9 yards and they're all in the book.  In addition, he has included transcripts of interviews with a heap of Burt's fellow competitors at Bonneville, plus family friends, newspaper interviews and so on. 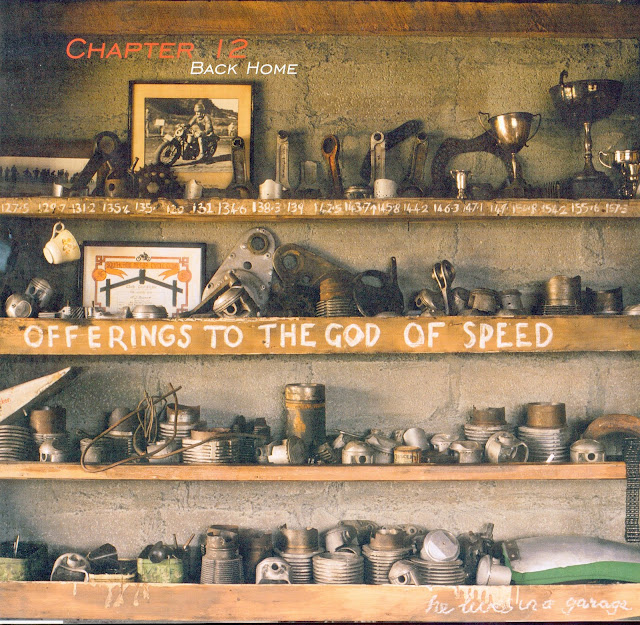 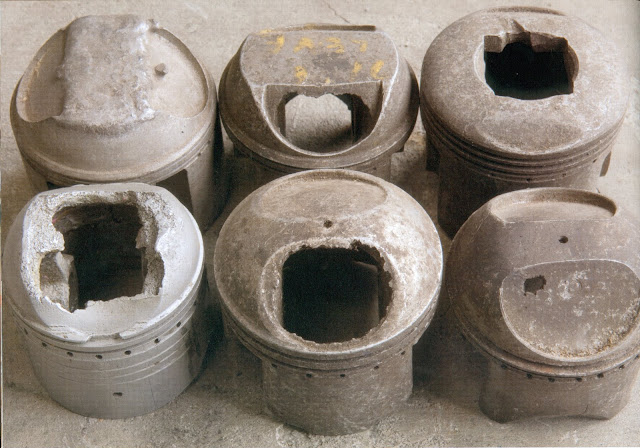 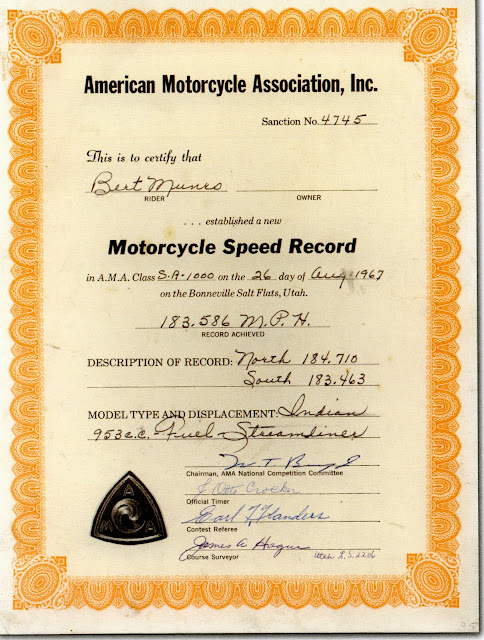 One of Burt's Bonneville certificates

This isn't just an interesting and enjoyable coffee table book, it's far, far more than that on so many different levels.  It's an object lesson in what can be achieved with single-mindedness (bloody-mindedness more like!),  sheer persistence and hard work against all odds and scant resources; no matter in what sphere of endeavour.  It's an inspiration to us all and in fact, a number of successful Kiwis in all sorts of fields have cited Burt Munro as having inspired them to "have a go".

I'm English by birth although I've lived in NZ since 1975.  Looking from the outside in for a moment, people like Burt Munro and Sir Ed Hillary, the first man to scale Mt.Everest; typify for me the archetypal New Zealander - modest,  friendly, doesn't regard anything as impossible and still has the pioneering spirit of their forefathers.

The movie is an amalgamation of Burt's various visits to the salt, all of which you'll find in the book and much more besides.  It's interesting that when the movie was first shown in NZ, the appeal was far broader than just motorcycle fans.  It was pretty universal and the DVD is in an awful lot of homes over here AND watched repeatedly too. 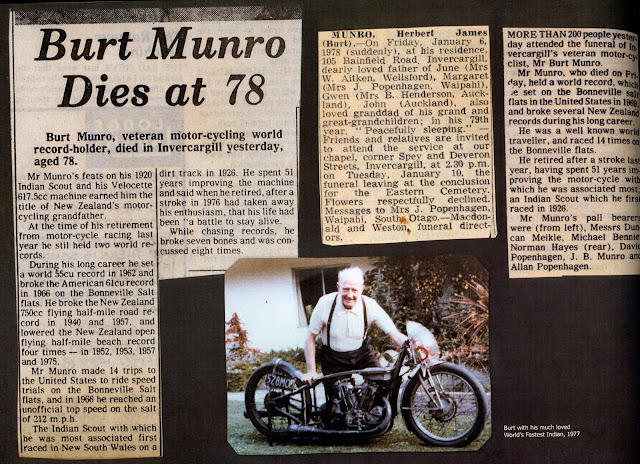 It's been said that Burt's record still stands as a mark of respect to his Bonneville legacy and that if anyone ever attempts to break it, that person can expect no assistance and will not be welcome at Bonneville.  Whether this is true or urban myth, I don't know.