Tasmania is Australia's island state off the SE corner of the mainland (or the north island, as some Tassie residents call it). It has an area of some 68,000 sq km with approximately 512,000 permanent residents, so overcrowding isn't an issue!  We've travelled extensively on the Oz mainland and enjoyed every minute of it but as Tasmania has its own unique flora, fauna and landscape, Jennie in particular has wanted to visit for some time.  A number of people have said "It's just like NZ, why bother?".  Well it ain't!  Some parts loosely resemble the central north island high country but delighted to say that it has its own unique character and we absolutely loved the 2 weeks we've just had there.  It's also one heck of a good motorcycling destination, but more on that later.  Unfortunately, we were on 4 wheels and I whined and grizzled every time a bike came past but at least in the car we could wear light clothing and enjoy the warm weather! 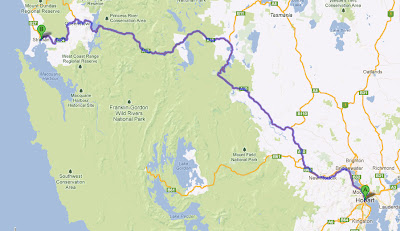 From sea level, over the mountains and back to sea level

The first day and a bit was spent in Hobart, the state capital, looking around and catching up with one of Jennie's relatives who she last saw in England multiple decades ago!  We also got to briefly meet a distant relative of mine for the first time (ex-convict stock - yayyyy!!!). Hobart came into being over 200 years ago as a penal colony for what might be termed the less desirable end of the population of the British Isles.  There are still lots of lovely old period buildings.  Our accommodation was a 180 year old colonial house, complete with period furniture. 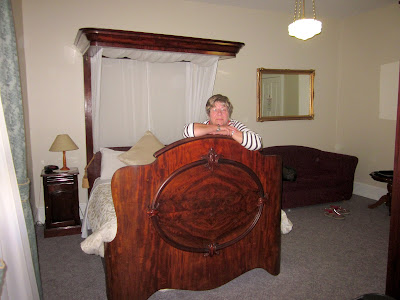 The proprietor, Graeme, was a Harley enthusiast and made us very welcome, even if I was a Triumph owner without tatoos and didn't have a beard. Must have been Jennie's positive influence as I'll admit to trying to bait Graeme!  He and his wife Lynette also kept a ready supply of home-made cake and decanters of port in the guest lounge which was a lovely, fitting touch. 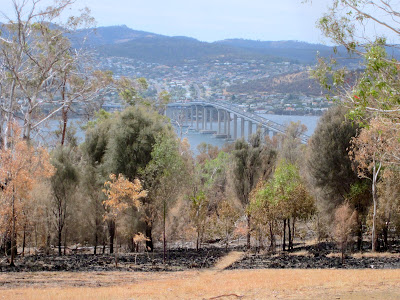 The smell of woodsmoke was pretty strong and there was a haze on account of a big bushfire to the north-west of Hobart. The photo above which was taken in the city shows the effect of a recent small bushfire in an urban park, an ever-present danger in much of Australia.  More on this later. 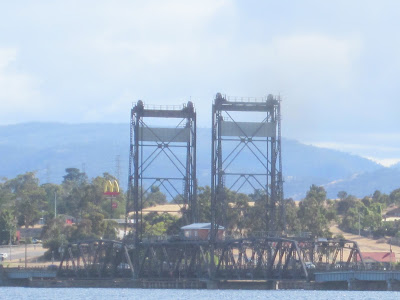 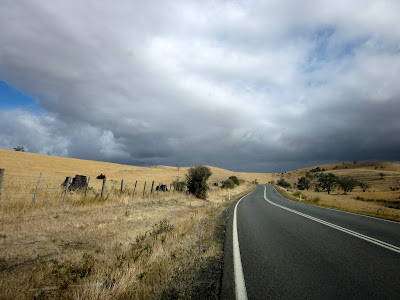 Tasmanian power is principally from hydro-electric generation and there are large lakes in the high country where much of the rain falls. The penstock tubes at Tarraleah, originally installed over 50 years ago are pretty impressive! 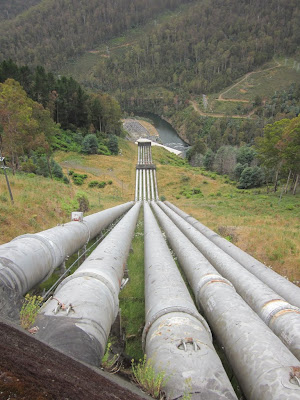 A long way down!

On the western side of the mountains near Queenstown, we discovered a mining operation with a cantilevered lookout right over a huge disused copper ore pit.  The water which had gradually filled the pit was an incredible emerald green. No photo could really do it justice. 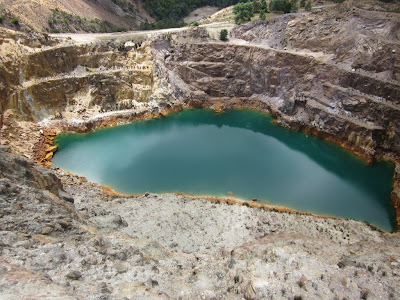 Descending back to sea level, we entered the World Heritage-listed wilderness area around Strahan.  We were booked into a gorgeous cottage right on the edge of Macquarie Harbour. Stunning views and within crawling distance of a pub/restaurant - what more could we want??? 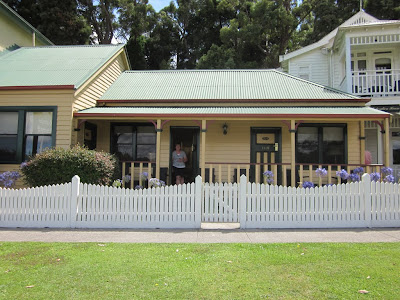 Our waterfront cottage in Strahan 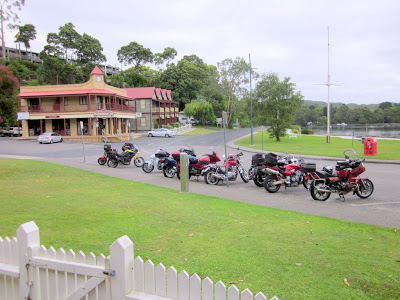 View from front door - bikes from mainland Australia, a ferry trip of about 11 hours

Riding a bike in Tassie would be an absolute joy with its low population density, fantastic, twisty roads and breathtaking scenery. Second only to NZ's south island :-).  As with most countries however, we saw some stunning examples of incompetent driving of the 4-wheeled variety.  Crossing the centre line on bends seemed to be mandatory by law judging by the frequency drivers did it!  In Strahan itself, the driver of a 4x4 pulled out of a side turn right in front of us (thanks IAM for the situational awareness training!) then proceeded to turn in front of a vehicle coming the other way just a few hundred metres later!  Later that day, we saw the same vehicle parked in a no parking area obstructing both pedestrian and vehicle traffic.  There are some real pillocks on this planet!!! 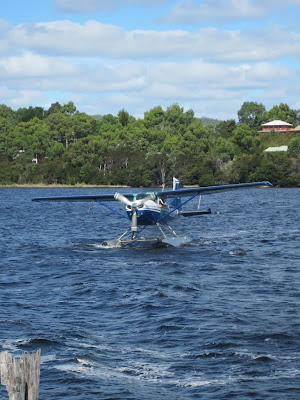 Floatplane just across the road from our cottage - really choppy conditions

We based ourselves in Strahan for the next couple of days to take advantage of two activities which were truly world class - more on that in the next post and you can judge for yourselves......