Raising my riding skills - some reflections 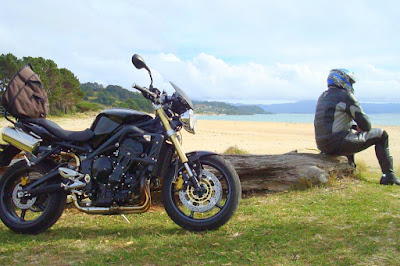 A study in contemplation!

When I started out on the journey to raising my riding skills in April 2011, little did I know where it was going to lead and how I’d feel at different stages along the way.  I’ve made periodic posts since April about the on-going IAM training but thought it might be useful to condense the experiences and thoughts into a single post in case it’s of use to others who are thinking of re-skilling or upskilling, but have yet to do anything about it!

It’s naturally a personal view, but I’ve tried to quantify the reasoning for choosing the particular path that I did.  I hope it all makes sense.

HOW IT ALL STARTED
I’d written a couple of posts about motorcycle accidents and how both regulatory authorities and many motorcyclists too, seemed to avoid the root causes and propose solutions which would have limited impact on reducing accidents.  I was 63 at that time and the idea of upskilling seemed a good one but also like many riders, hadn’t actually done anything about it because I thought that I was an “ok” sort of rider after 40+ years in the saddle.  Trouble is, "OK" is normally "Not OK" to an impartial observer.  The majority of motorcycle riders might justifiably complain about the standard of the average car driver, but often do little to help themselves.  Fair comment?

Eminent American motorcycle safety author David Hough had seen one of my rants on motorcycle safety and in typically forthright fashion, sent an email asking what my plans were to ensure that I continued to ride safely as I aged.  This was his opening salvo – the first of some wonderfully direct and productive correspondence:

Some of your words lead me to believe you've also been thinking about how age is affecting your riding, and how it is likely to affect your motorcycling in the future. So, I'd welcome your observations, both in terms of how the aging of the body and mind affect someone like you or I who have been riding for many years, and also for the "return" riders who have gotten back into motorcycling after years of raising the kids, building the house, etc.

David is an exceptionally astute guy and reading between the lines, he almost certainly thought that I was saying the right things but may have been procrastinating about actually doing anything - and he was right!  Over a number of weeks, refreshing or raising skills was only one of many topics we discussed with respect to ageing riders but he’d prodded my conscience – time to put my money where my mouth was!  Looking back, if it wasn’t for David, I almost certainly wouldn’t have taken the route I did.  Simply put, I owe him an awful lot .

SOME THOUGHTS ABOUT TRAINING OPTIONS
As well discussions with David, I’d been having some correspondence around the same time with fellow Kiwi rider and blogger, Roger Fleming and Dylan Rogers; an advanced instructor living in the UK.  Chewing the fat with these guys was incredibly valuable as it helped to crystallise the direction which seemed appropriate for me. Also, it introduced me to people who started as strangers and are now cherished friends as is the way with motorcycling!

Any form of training has to be followed up with practice for it to be effective.  Not only do the skills have to be practised, they require periodically refreshing to stop the inevitable slide back into bad habits mainly because we lack discipline (errr… a polite way of saying we get lazy)!  The only true way of stopping this slide from happening is to be periodically evaluated by an independent, qualified 3rd party.  Potentially tough on the ego but great in terms of acquiring good skills.

Whilst taking a series of one-off commercial advanced riding courses over time was a viable option for me, the approach advocated by the Institute of Advanced Motorists (IAM) seemed to be the most appropriate one – genuine advanced training. This is a summary of the IAM approach. 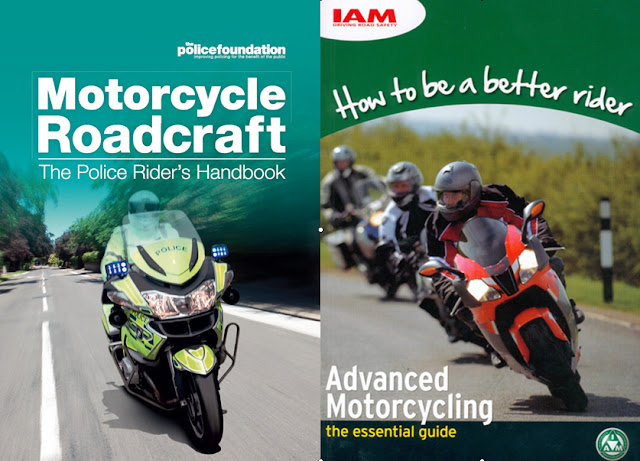 The on-going nature of the training was particularly appealing, as was the challenge of trying to consistently ride to measurably high level standards.  Also, being retired, I had the time to put something back into motorcycling provided that I was good enough to go all the way.

IAM was the training path I finally chose.
THOUGHTS ABOUT THE PROCESSES AND OUTCOMES
As mentioned earlier, the individual rides and tests have already been detailed in previous posts but there’s much, much more than that going on in the background and it’s worth summarising some of those things.
As this is, and will continue to be a highly personal journey after quite a bit of research and thought, I wouldn’t presume to advise anyone else to follow suit.  What I will say however, is that if you’ve been considering raising your skills, don’t look for reasons to put it off – please, please find something that suits and get stuck in!

At 64 years of age, I passed my IAM full membership riding test last Friday. Eight months after starting the journey, the first stage has been completed.  To put something back into motorcycling and to prevent a slide in skills, the next stage is to qualify as an Observer (Instructor/Examiner).  Not a bad outcome arising from a chance email sent by David Hough eh?


One of the greatest discoveries a man makes, one of his great surprises, is to find he can do what he was afraid he couldn't do.
Henry Ford 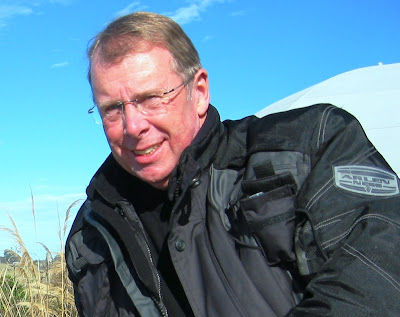 Addendum:  After intensive training and much blood, sweat and tears on my part (and undoubtedly teeth-gnashing by the Examiners), I passed my theory and practical examinations and became an Observer in January 2013.  The post on that momentous day is HERE