Joining the staff at Cranfield University left little time for anything else and besides, it wasn't long before I fell hook, line and sinker for a local teacher. Jennie and I married in 1972 and a substantial mortgage put paid to any thoughts of two-wheeled toys. Nonetheless, I vividly recall a few days when our car was out of action and a close mate kindly loaned us his Triumph Tiger 110. This was the age of micro-mini skirts and the sight of Jennie on the pillion being dropped off at school must have had quite an impact on the hormones of the little spotties loitering at the school gates! 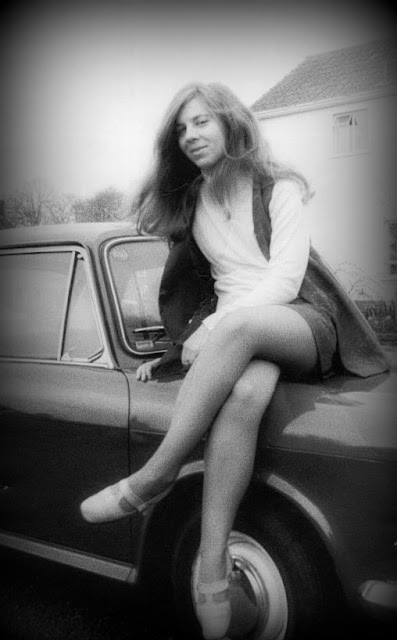 3 days before our wedding

Nearly 3 years after getting married, a good job in industry was on offer so we moved Down Under, a decision never once regretted. Yacht racing became the new hobby, particularly as it enabled the growing family to come and play at the beach or lakes whilst their father was trying to drown himself in various scenic parts of the country. Now you might think that I'm getting off track here but stick with it as it was sailing that got me back into motorcycling!

It was 1987 and I'd headed up to Barrys Pt Road in Takapuna to pick up a new yacht sail. When I arrived, it wasn't quite ready so went for a walk. Just up the road was a Honda dealership and in the window was a midnight blue GB400TT and it took my breath away. It was reminiscent of my old Tiger 100 from years gone by and I stepped inside for a closer look. Fatal mistake.... The salesman had clearly recognised a sucker and worked his charms on a willing victim. A week later, it was safely tucked up at home. Jennie was ummm... rather unhappy with this impulse purchase and she subsequently squared the account by buying a piano which was significantly in excess of the GB400 cost! Learning to ride smoothly again after a long absence from bikes was surprisingly difficult but the pleasure of being on two wheels again was indescribable. 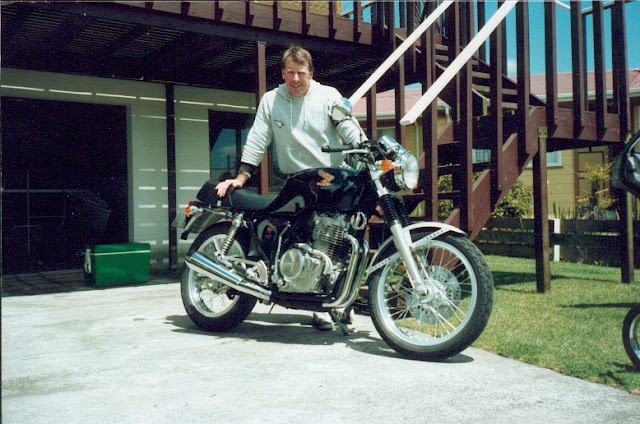 A "slight difficulty" was encountered soon after acquiring the Honda involving an expired UK motorcycle license which required me to re-sit each stage of the test, albeit with no delay between each stage. I could hardly turn up on the 400 and the only machine I was able to borrow was a 50cc Yamaha step-through, complete with shopping basket. It was downright embarrassing turning up on the hideous thing but at least a full-face helmet hid the blushes! Having passed the test, the GB was used at every opportunity and was subsequently equipped with a full fairing and single race seat which made it look very nice indeed. 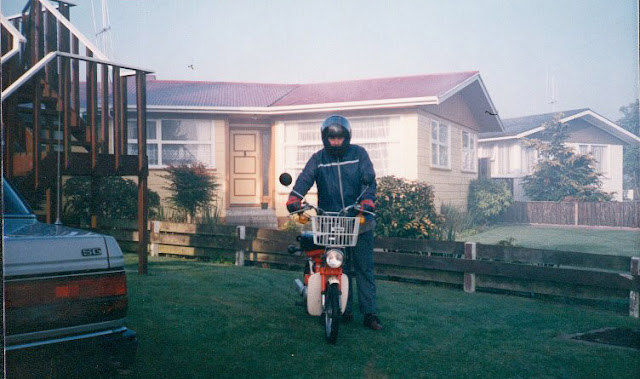 
Conclusions from this period: Grown up, great job, fantastic wife and family but the "boy" in me sneaked out when I least expected it.