Playing with the seriously fast stuff....


The great thing about Jennie getting an MX-5 was that it signalled a possible quid pro quo in the shape of a new bike after 7 years of enjoyable BMW ownership. The opening gambit was a few casual visits to various dealerships with a non-committal Jennie in tow. Various machines were sat upon, with the Chief Executive declaring that the narrow seats on pure sports bikes made her eyes water!

Now as it happened, we found ourselves in Auckland to celebrate our wedding anniversary and by sheer fluke (haha) we found ourselves in that street again! In the window of the Honda dealer, there was a candy blue Honda Super Blackbird and it was quite simply love at first sight. A few weeks went by of dropping progressively less subtle hints and some equally unsubtle grovelling before Management allowed a phone call to see if it was still available. It was indeed and an appointment was made for a test ride. 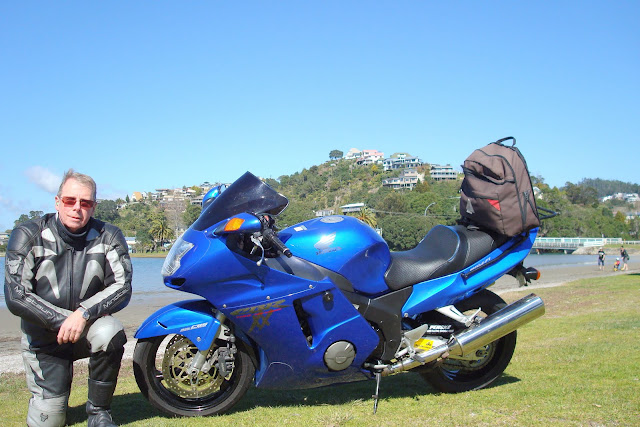 If I'd thought that the BMW was impressive, the Blackbird was literally mind-blowing. The test ride up the motorway left me quite rattled due to a glance at the speedo and realising that I would have been without a license had the Boys in Blue been about. A deal was done and a few days later, an absolute missile graced the garage at home. The first couple of weeks did not go smoothly. A friend was standing outside his house and as I pulled up to show off the new acquisition, my boot caught on something in the road and the bike toppled over with me underneath stupidly trying to protect it. Despite the shock and embarrassment, watching my mate trying to keep a straight face whilst lifting it off me was something to behold.  Not a good start to owning a superbike!