Growing up a bit - drag racing


Road bike ownership was replaced by an old Wolesley 6/110 car as the main form of transport. Bikes certainly weren't forgotten though because mechanical engineering studies awakened an interest in engine development. The decision was taken to build a drag bike, partly because of the outrageous horsepower achievable with a supercharger and nitromethane but also because riding in a straight line would not expose my inability to go round corners at a fair lick without falling off. 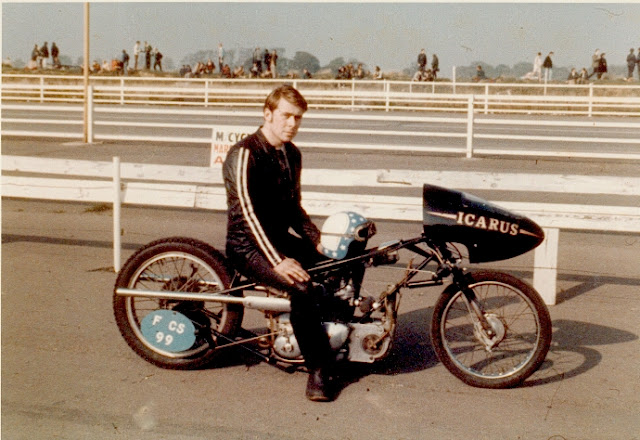 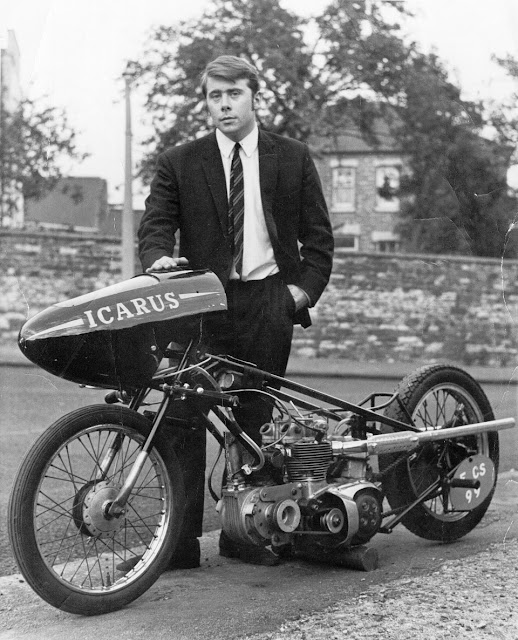 The first attempt at building a hot motor consisted of sticking a supercharger on a nearly stock Triumph 350cc twin motor and running it on methanol. Optimisim was soon replaced with pessimism when piston crowns regularly separated at the oil control ring as a result of high revs. A few calculations were done and a short-stroke crankshaft was built in the engineering labs and mated to a modified 500cc barrel and head to make a very over-square 350 to reduce mean piston speed. A whole load of other mods were carried out at the same time and a prolonged cycle of "blow it up, fix it, improve it and blow it up again" was entered into. The engineering work during this period would fill a book by itself. 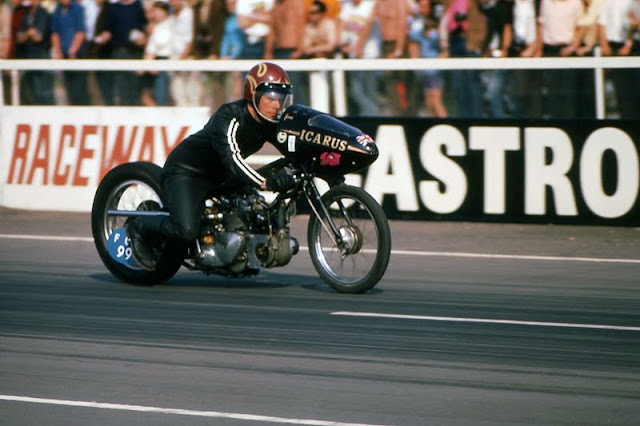 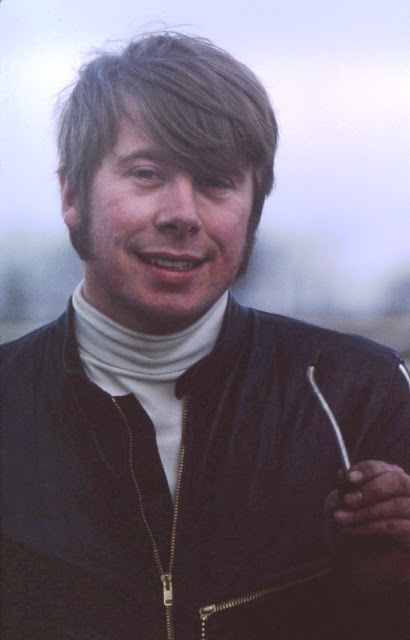 The photo of me above shows a buckled alloy pushrod, one of the many engineering problems to be overcome and was fixed by replacing them with titanium. A friend recently commented that I looked like an extra from the TV series "The Avengers", which I thought was a bit uncalled for! The photo below is of me hanging on grimly at Santa Pod raceway. 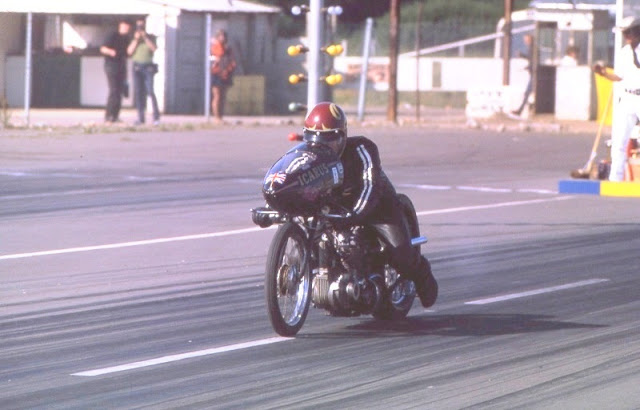 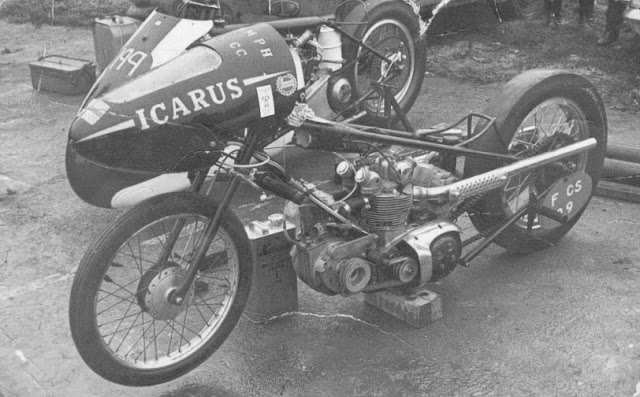 Eventually, Icarus became extremely competitive at a national level over the quarter mile and at world level over the standing start mile but the time and money to go further was beyond my means, interest waned and racing was abandoned.

As a footnote, the engine languished for many years in the shed of a friend,  John Hancock, who went on to become R&D Director at Cosworth Engineering, the race car engine builders.  It may still be there!!

Conclusions from this period: A happy marriage of engineering theory and practice by actually using my education to have fun! Worrying signs of maturity appearing.
Posted by Geoff James at 11:31